The following information was provided by the Los Alamos Police Department.

April 6 at 1:45 p.m. / Police charged Kendall Frye, 44, of Los Alamos with battery against a household member in the 800 block of Aster Street and issued him a summons to appear in Magistrate Court.

April 7 at 2:50 a.m. / Police charged Marion Loope, 28, of Los Alamos with battery upon a peace officer and criminal damage to property at the Los Alamos Detention Center. The estimated loss is less than $1,000. 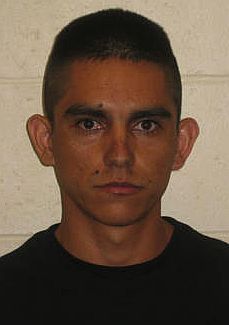 April 7 at 8:47 p.m. / Police arrested Valente Mast, 24, of Los Alamos near Rendija Canyon Road and San Ildefonso Road on an outstanding felony warrant from another jurisdiction.

April 7 at 10:47 p.m. / Police arrested Paula Casias, 20,  of Rancho De Taos near Airport Road and East Road on an outstanding misdemeanor warrant from another jurisdiction.

April 8 at 1:25 a.m. / Police charged Charles Lehman, 47, of Los Alamos with possession of marijuana on 34th Street and issued him a citation to appear in court.

April 8 at 10:43 a.m. / Police arrested Ian Cornelius, 25, of Los Alamos at 650 San Ildefonso Road and charged him with aggravated battery against a household member.