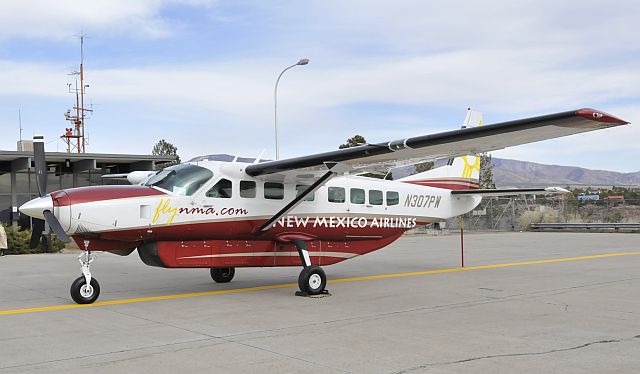 Cost for the round trip flight including taxes is $97.99 per person.

New Mexico Airlines Director of Operations David Jones told the Los Alamos Daily Post that he has been flying the Caravan for 13 years and loves this type of plane.

"It keeps me home every night. Having the right size plane is important," Jones said.

The reason flights were cancelled by the carrier in the 80's in Los Alamos was "not due to weather or mechanical, it was not enough load."

They used a larger plane. In the 1980's when Ross Airlines operated in Los Alamos, there were 22,000 passengers per year.

"This plane is very reliable. It has dual gps and on-board weather radar," Jones said.

More flights will be added as the need grows. 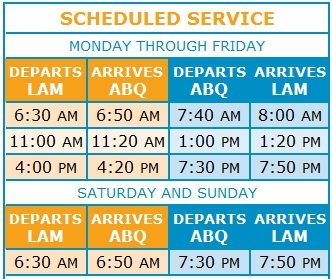 Los Alamos County Airport Manager Peter Soderquist explained that the reduced flight price is subsidized by a $272,000 grant from the U.S. Department of Transportation.

"Members of the community must use this service as often as they can. If we do not use the service, we will lose it and I don't see an opportunity for it to ever come back," Soderquist said.

Jones' son Connor took the flight with his father Friday. He is home schooled and learning about his dad's job. Jones has logged more than 11,000 hours of flying time. He said that he loves the southwest, having flown for FedEx in Farmington, Durango and Gallup. His home base is Albuquerque.

Following Friday's media flight, Metzger's General Manager David Jolly told the Los Alamos Daily Post, "I can't imagine anybody not doing this. It is at least as cheap as it will be to drive to Albuquerque."

Jolly said he has not been on this small of a plane before, adding that he enjoyed the flight.

"It was a lot smoother a ride than I expected. What incredible views. You can really see how the road and White Rock are perched on cliffs," he said.

The new air service is expected to create economic development for Los Alamos. Jone said that having a local airline means "more people travel and it then becomes a destination with more hotels and more restaurants. 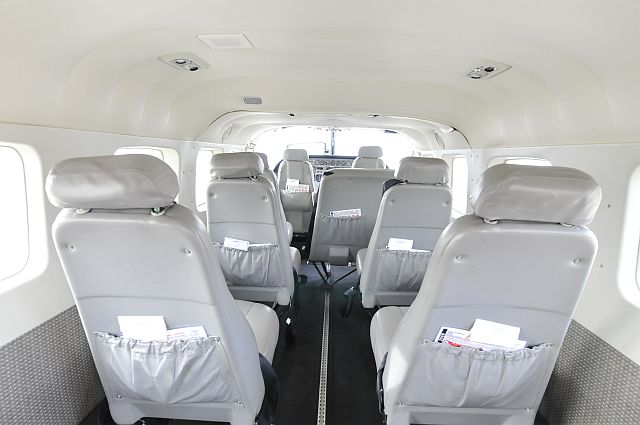 Inside view of the Cessna Caravan that will hold nine passengers plus the pilot for trips from Los Alamos to Albuquerque and back beginning today. Photo by Greg Kendall/ladailypost.com 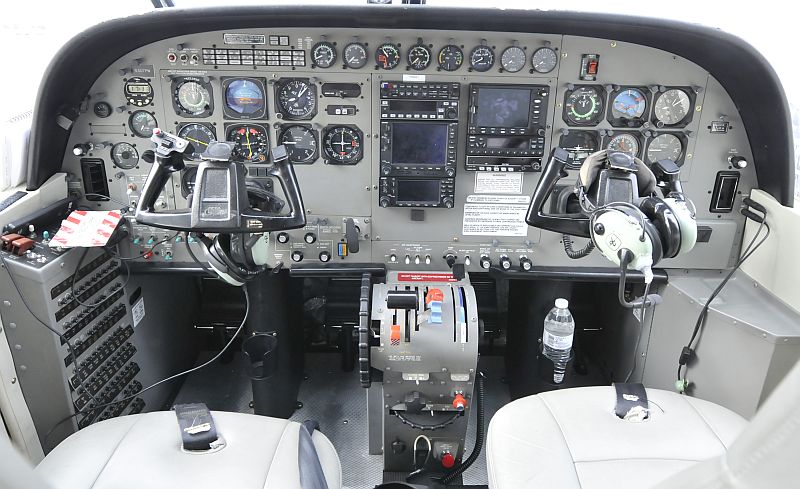 Instrumentation panel on the Cessna Caravan. Photo by Greg Kendall/ladailypost.com 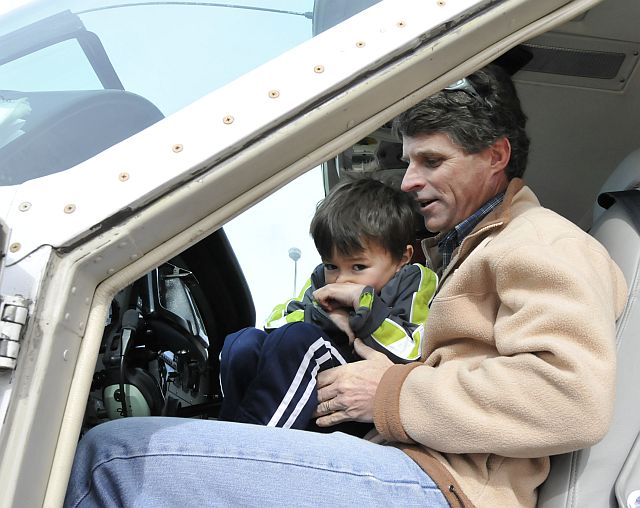 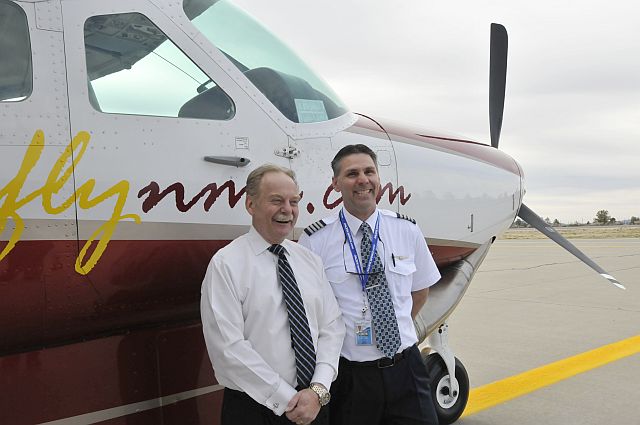 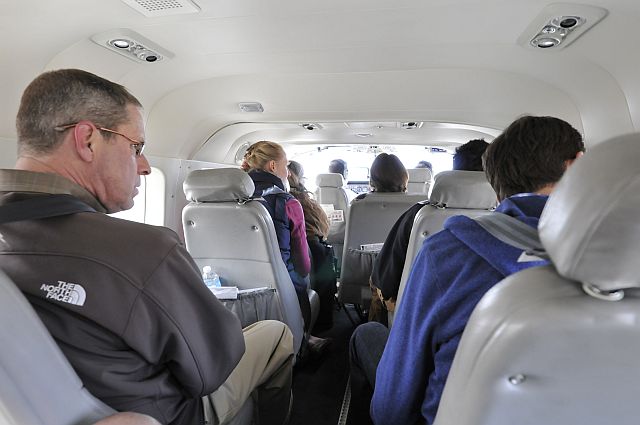 Below are three videos showing the take-off, flight and Jones answering questions from the media.  Enjoy the incredible views: