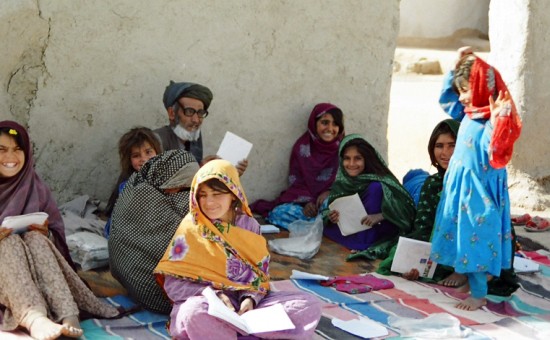 Editor’s note: Local veterinarian Bob Fuselier, is in Afghanistan representing the Afghan Sister Villages education project. The project includes Los Alamos High School students communicating by computer with students in an Afghan school. Fuselier is seeking support to build a school in a second village. Fuselier’s colleague, Dr. Mohammad Khan Kharoti says, “Education is the key to fight terrorism, the darkness of ignorance, to build bridges, to go forward hand in hand … without education it is difficult to build bridges, to build airplanes, to communicate. Without education it is difficult to understand other countries and cultures. All of these things can only be understood through the light that education brings.” Fuselier’s email address is info@asvproject.org 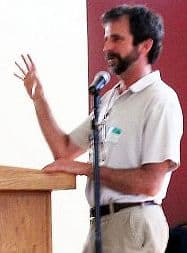 It’s 4 a.m. local, the morning call to prayer is filling the air. I’m in Helmand Province in the southwest, my third night here.

Lots of stories to tell already, but one that strikes at the core of why I’m here.

An elder, Golistan, from a rural village in Khandahar Province traveled to Lashkar Gah to talk to me, my colleague Blake Batten, and Dr. Mohammad Khan Kharoti (head of the Educational Center) about building a school in his village.

We talked about an hour over shin chai – green tea. Much talk is done before business is addressed.

He has at least one grown daughter and three young boys approaching school age.

He was deeply grateful for the opportunity to talk to me, wanting us to relay to ‘our’ people that Afghans are peaceful, tired of all the fighting, and want their children to have a better future than they did.

“My life is nearly done and it might even be too late for my children.” He told us that he was sorry that he could not invite us to see his village, that it wouldn’t be safe because of the few “who cause problems.”

“If I had visited,” he continued, “we wouldn’t need a translator; I wouldn’t have to use words to describe my family’s plight.”

There was a lot more shared and discussed. I acknowledged the courage he had to come talk to us.

He was moved. We finally got to a point where I asked him what he needed.

He told us what he needed was more than he felt he could ask, but starting with anything would be good.

He wouldn’t define exactly what he needed for the school, nor was I suppose to guarantee anything at this meeting.

He said that he would have to talk to the other elders about the details of the school’s cost.

I told him that I would have to see what others would be willing to give, but that I would tell his story to my family and friends.

He replied, “that is all I could ask for, that each has to decide if they can help.”

He was extremely grateful for our visit. It must have offered him a lot a hope – he asked if he could return tomorrow with others for further talks.

That’s his story – here’s my request, one I hate making of others.

If you are interested in financially helping to bring peace to Afghanistan and you want to know your money is going to get those who need it, e-mail me back ASAP with a pledge amount.

I will tell you how to donate later. I will tally up the number with the hope of offering an amount to Golistan when he visits with his friends later today.

In addition to making him happy for the children’s future, it would greatly boost his standing within his village.

I will be meeting with him at 4 p.m., in the middle of the night your time.

I’ll let you know what happens.