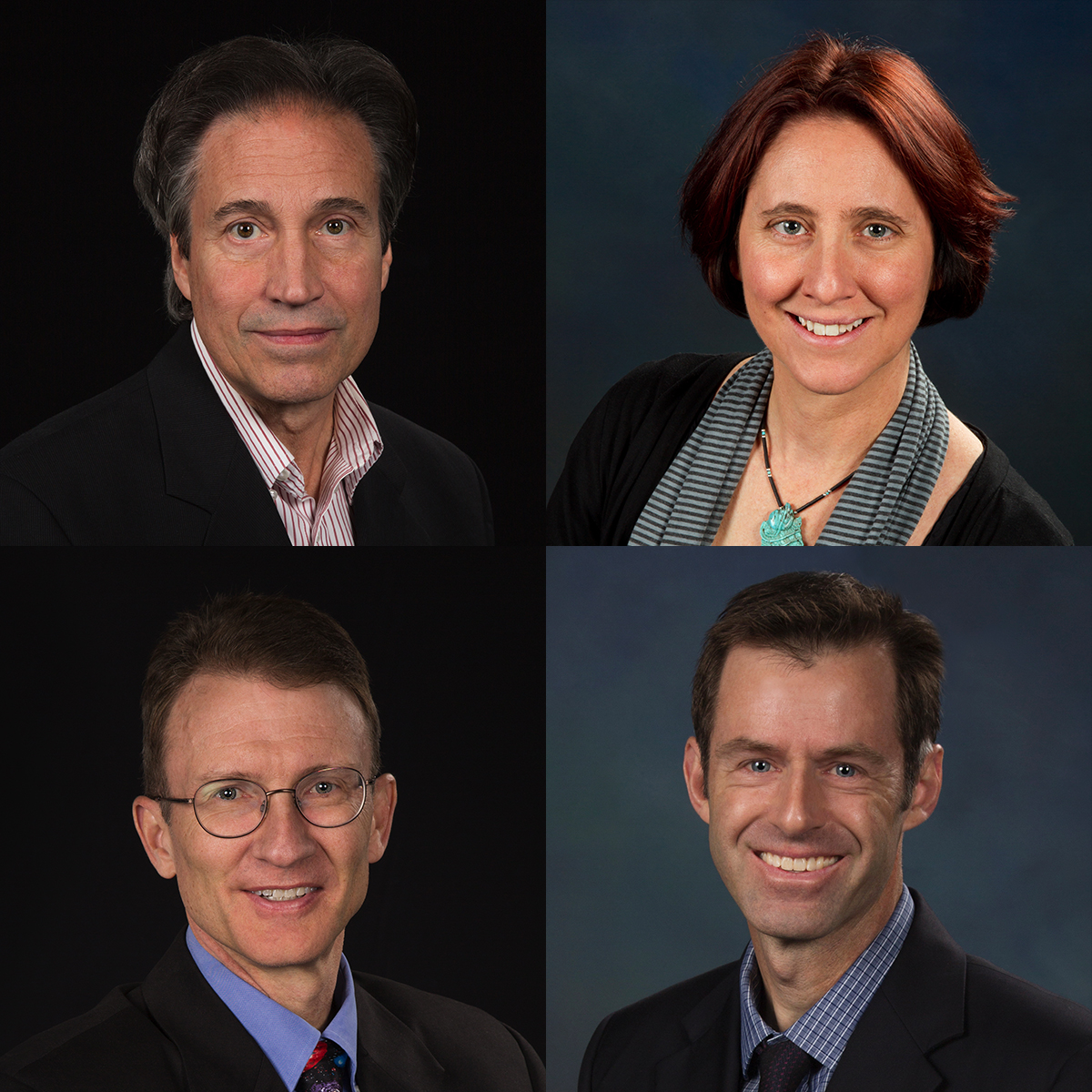 The Fellows organization at Los Alamos was established in 1981 and includes technical staff members who have been appointed by the Laboratory director in recognition of their sustained outstanding contributions and exceptional promise for continued professional achievement.

“Laboratory Fellows are selected for their exceptional contributions to Laboratory science and mission,” Laboratory Director Charlie McMillan said. “The scientific accomplishments of Scott Crooker, Jennifer Hollingsworth, Dean Preston and Roger Wiens not only show the breadth of our multidisciplinary scientific and technical capabilities, but also embody the spirit and character of our Laboratory and its essential role in solving our nation’s most important challenges. I congratulate them on this great honor.”

The committee ranked this year’s nominations on the basis of:

Fellows are limited to 2 percent of the Laboratory’s technical staff. They advise management on important issues, promote scientific achievement and organize symposia and public lectures. The organization administers the annual Fellows Prize for Outstanding Research in Science or Engineering and the Fellows Prize for Outstanding Leadership in Science or Engineering.

Scott Crooker: Scott Crooker is an accepted international authority in the optical studies of semiconductors. Crooker’s many contributions include designing spin currents in semiconductors, developing and applying optical spectroscopies to probe magnetization and studying spin dynamics in condensed matter. He won the 2007 Los Alamos Fellows Prize and is a Fellow of the American Physical Society and the Optical Society of America. Crooker currently serves as a divisional associate editor for the journal Physical Review Letters and has supervised and instructed approximately 30 students and postdocs, many of whom have gone on to establish successful careers of their own. Peter B. Littlewood, director of Argonne National Laboratory, said Crooker is “consistently the most stimulating researcher in the field of semiconductor optics I know.”

Jennifer Hollingsworth: In only a handful of years, Jennifer Hollingsworth has made significant contributions to the field of core/shell semiconductor nanocrystalline quantum dots (NQDs). These nanomaterials have unique optical-emission properties with applications in next-generation lighting and biological imaging. Hollingsworth’s breakthrough discovery consists of “giant” NQDs, which eliminate the nanomaterial’s previously problematic photophysical phenomenon of “blinking.” (These interruptions in optical emission represent a significant drawback to previous generations of NQDs.) Her work has led to significant international influence, particularly on the synthesis and elucidation of the underlying photophysical properties of NQDs. Such work has also bolstered the reputation of the Laboratory’s Center for Integrated Nanotechnologies. In 2013, Hollingsworth received the Los Alamos Fellows Prize for her NQD work.

Dean Preston: Dean Preston is recognized as a leader in the field of shock compression theory. Preston has made significant contributions leading to a better understanding of material strength at very high strain rates. Considered a national authority in the nuclear weapons program for work on material behavior in weapons regimes, he has also retained a strong presence in the open scientific community, establishing a notable publication record and achieving the position of American Physical Society Fellow. Noted Yogi Gupta, arguably the leading academic in shock wave compression of condensed matter, “Very few scientists can go back and forth between such diverse areas of physics with the rigor and depth that is the hallmark of Dr. Preston.”

Roger Wiens: Although Roger Wiens has never set foot on Mars, he is a pioneer when it comes to exploring the Red Planet. Wiens is the principal investigator behind ChemCam, a laser spectroscopy instrument aboard NASA’s Mars Curiosity Rover. One of the most exciting discoveries made by Curiosity is that there is indeed water on Mars. ChemCam was an international development, with scientists from Los Alamos collaborating with researchers from France. In 2016, Wiens received the honorary title of chevalier (knight) in France’s Academic Order of Palms for establishing strong ties between American and French scientific communities. Noted Christophe Lemoine, Consul General of France, “Your work has touched the lives of many young, ambitious earthlings who aspire to follow in your footsteps.”