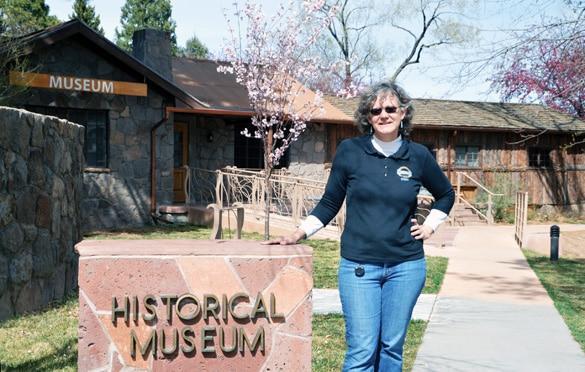 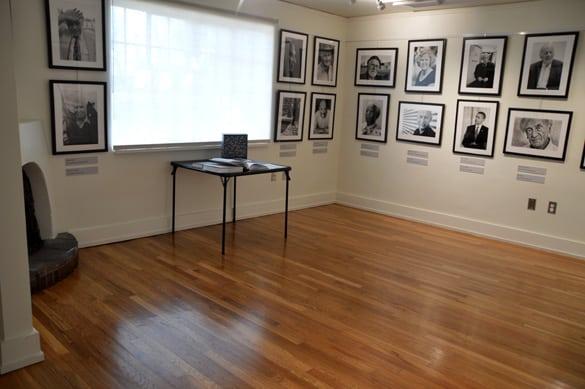 This 300 square-foot traveling exhibit space inside the Los Alamos History Museum is not sufficient to host the 3,300 square-foot Japan exhibit. Photo by Carol A. Clark/ladailypost.com

A firestorm exploded across the globe recently after a press release appeared in a Japan newspaper stating that the Los Alamos History Museum was canceling an exhibit that contains political leanings to ban nuclear weapons.

“Since this story broke March 31 in Japan, I have received interview requests from everywhere … Japan to Barcelona, Spain,” said Los Alamos Historical Society Director Heather McClenahan. “There was an AP story written by reporters in New Mexico and Japan that was truncated and did not contain all of the facts. It got picked up by papers everywhere and we want to clear this up.”

McClenahan said that many news stories said the Historical Society canceled or even refused the exhibit.

“We never canceled the exhibit because we never agreed to host it,” she said. “And talks continue to find a path forward that is respectful to both communities … we exchanged emails just this past week with the museum in Hiroshima,” she said. “Our board has never made a thoughtless, rushed decision. They are hardworking, caring, energetic people and they always want us to do what is right for this community.”

The mere fact that the proposed exhibit is 3,300 square feet and can’t possibly squeeze into the 300 square foot rotating exhibit gallery inside the museum is reason enough to delay a decision, McClenahan said.

“First of all, for an exhibit this large, we would have to find a community partner with sufficient space to house it,” McClenahan said. “Also, the exhibit was part of a larger grant and the Board of Directors received the proposal packet just one week before it was due … that just was not enough time to make what they felt was a wise decision.”

The exhibit reportedly contains personal items from bomb victims and seeks to draw attention to the horrors of the bombs that destroyed Hiroshima and Nagasaki.

“The exhibit shows the horrors of what happened under the mushroom cloud, as does one of the exhibits in our museum, on a much smaller scale, of course,” McClenahan said. “Then it goes on to call for a ban on nuclear weapons. The board felt that in a town like Los Alamos, where the people who actually work on nuclear weapons live, that call needs context and conversation. Those need to be developed before we feel we can host such an exhibit. Additionally, we are very careful in our own exhibits to lay out facts and questions but not make declarative statements. Our board needs to feel comfortable with how the exhibit from Japan presents – in our community – the idea of abolishing nuclear weapons.

Historical Society Board Past President Ron Wilkins is a longtime member of the Los Alamos Committee on Arms Control and International Security (LACACIS). He explained that the Los Alamos History Museum focuses on telling stories in context.

“There was concern expressed by members of the Association of Los Alamos Scientists (ALAS), a group formed in August 1945 by scientists who had worked on the project, about control of nuclear weapons and the uses of nuclear power,” Wilkins said. “There was debate about whether to drop the bomb and I felt that the Japan exhibit should not be a stand-alone exhibit, but it also needed to be surrounded by why decisions were made and other aspects of that era.”

Wilkins said dialog continues with Japan, “Not just for this exhibit but on developing a long-term relationship.” 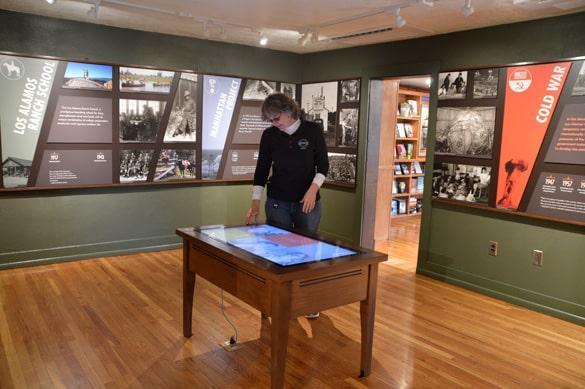 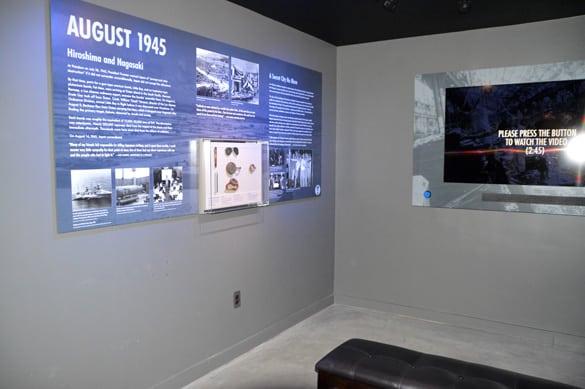 An exhibit about Hiroshima and Nagasaki on display now inside the Los Alamos History Museum. Photo by Carol A. Clark/ladailypost.com

Historical Society Board Past President Ron Wilkins and Los Alamos Historical Society Executive Director Heather McClenahan during an interview Friday at the Hans Bethe House on Bathtub Row. Photo by Carol A. Clark/ladailypost.com