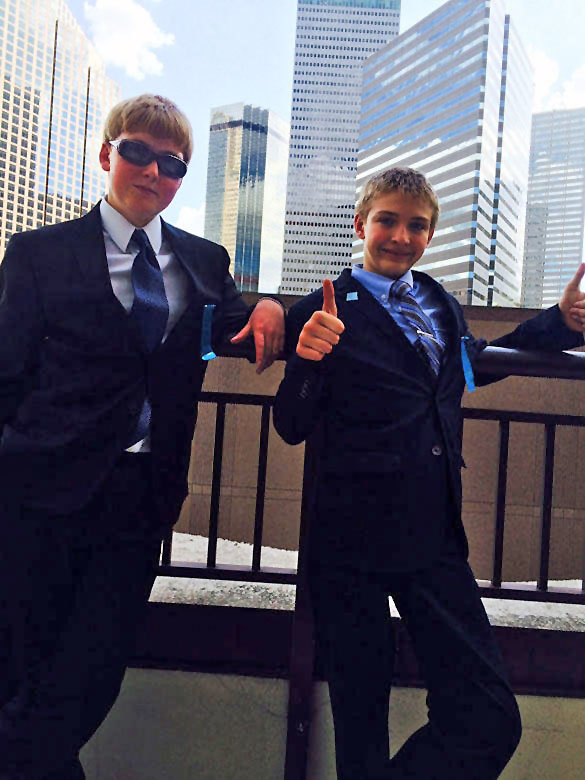 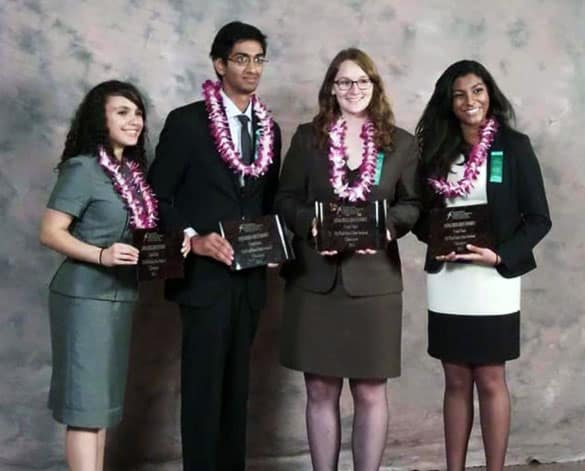 Nadiga and four qualifiers from Albuquerque Academy and La Cueva High School made up winning team New Mexico Blue in World Schools Debate. New Mexico Blue beat out more than 100 other teams from across the United States and four foreign countries in this inaugural event at the National Speech and Debate Tournament.

Worlds Schools Debate is a new event at the NSDA National Tournament.  The USA World Schools Debate Invitational featured six preliminary rounds with a mix of teams from the U.S. and around the world debating in the British parliamentary style. The six rounds of competition featured debate on both prepared and impromptu motions followed by elimination debates at the double-octofinal level and culminating in a final round before a packed crowd of over 1000 National Tournament attendees.  The New Mexico Blue team made friends with many of the teams competing in Worlds Debate and they are especially thankful for the friendship and support of Team Mexico.

Rankings from this tournament are a national ranking representing the best in the United States in speech and debate. The Policy Debate team of James Sinnis and Ben Duan placed 90th of 197 competitors; Katherine Wang placed 110th  of 259 competitors in Lincoln Douglas Debate; Rebecca Cai placed 80th  of 240 competitors in Original Oratory; William McCumber placed 175th  of  252 competitors in Congressional Debate; Sudeep Dasari placed 170th  of 224 competitors in International Extemporaneous Speaking, and Irene Gerrish and the team of New Mexico White placed 50th in World Schools Debate. Wilbur Wang also had an excellent showing in a supplemental event, Expository Speaking, going five rounds of ten before being eliminated.

These victories cap an extraordinarily successful year for the Hilltalkers. The team is ranked first in New Mexico and placed fourth in Debate events at the Longhorn Classic at the University of Texas, Austin and 10th overall at the Southwest Classic held at Arizona State University. Currently, the team has 55 members and is ranked 179th of 7,700 National Speech and Debate Association Chapters.

As testimony to the growing success of the Los Alamos Middle School Hawktalkers Speech and Debate team, the Policy Debate Team of Malcolm Carr and Michael Peters placed 16th in the nation in Policy Debate.  Hawktalkers coach Sherri Bublitz stated that this is the first time LAMS has sent a debate team to the National Tournament, and the team of Carr and Peters represented the team very well.

“I am very proud of the boys!  They worked hard and earned our first ever National trophy.  That they made it as octafinalists is a testimony to their dedication to debate,” Bublitz said. “I will be sorry to lose them as part of my team, but know they will continue to succeed as Hilltalkers. We are extremely grateful for the support of the community, the LAPS school board, our wonderful administration at LAMS, and financial support from the Mark Wolfsberg Memorial Fund.” 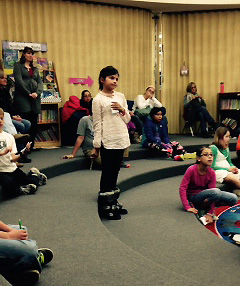 Longtime coach Margo Batha stated, “We are so proud of our students and what they achieved at this tournament.  Their hard work over the past year was evident in their performance.”

Assistant coach Christine Engelbrecht added, “We couldn’t have made it this far without the support of the Los Alamos community. We really appreciate the generous support we received this year.”

The National Speech & Debate Tournament marks the capstone of middle school and high school speech and debate activities for more than 150,000 students around the country. To attend, students must place among the top competitors at their District Tournaments. Qualifiers compete for college scholarships in a variety of speech and debate events. Final rounds are judged by blue ribbon panels including CEOs, former Cabinet members, stage and screen celebrities, sponsors, and acclaimed community members.  Over 4000 high and middle school students competed in this year’s tournament.