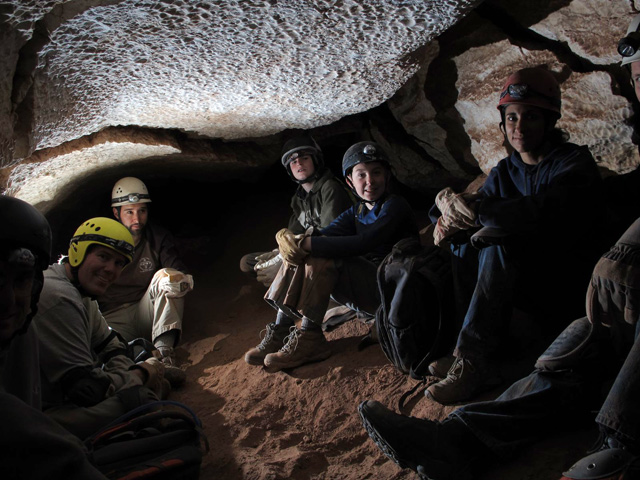 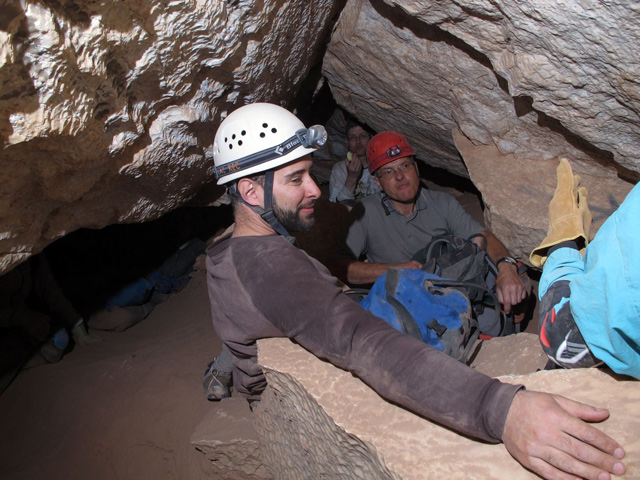 The group must have looked like a sight for sore eyes to any drivers who happened to glance over while speeding down the highway between Cuba and San Isidro, New Mexico.

Down a fine, almost powdery, sandy trail the group hiked, their heads covered with helmets with headlamps strapped to them and knee pads Velcroed around their legs.

If the drivers looked hard and long enough, the scene would have become even more fascinating as the group reached a craggy crevice and then disappeared.

The Pajarito Environmental Education Center (PEEC) sponsored the hike to Alabaster Cave Sunday and a group of 17 people along with two guides, Tony Hinjosa and Beth Cortright, explored this cave.

Alabaster Cave is a gypsum cave that was created by water erosion. The floor of the cave is covered with power-fine sand, which eventually turns to mud and then deep water.

The glow of headlamps would reveal a labyrinth of twisting turns, boulders that would swoop, swerve, jut out at sharp angles, and ceilings that would make the group of explorers walk hunched, crawl or wriggle on their stomachs.

By the end of the excursion, everyone seemed to be colored the same dusty tan.

Besides some species of beetles, the cave did not feature much wildlife. A lone bat was spotted curled up against a wall. Turning off head lamps, the group briefly got to experience what the cave’s regular inhabitants experience – total darkness. It was a completely opaque curtain that was not disrupted by any ray of sun or glow from the moon.

Even though the cave does not sit that far beneath the surface, the darkness swallowed up everything and whatever lay outside seemed very far away.

Many of the group re-entered the outside world in a spectacular fashion – crawling through an incredibly tight tunnel dubbed “the birth canal.” Others opted to leave through a wider opening.

There was an atmosphere of jubilation as the last of the group crawled out of the cave. Everyone shared some incredible sights and unusual feats. One couldn’t help but wonder if the drivers now racing past may have seen this dusty crew and felt just a pang of curiosity and wonder. 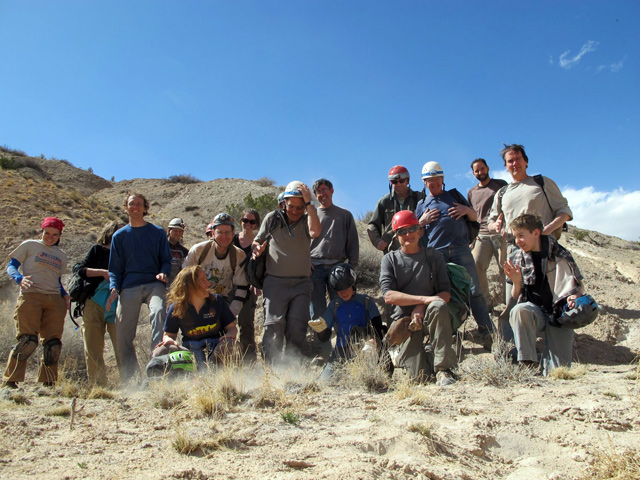 Hikers shake off the dust after their caving adventure. Photo by Beth Cortright.
Menu
LOS ALAMOS