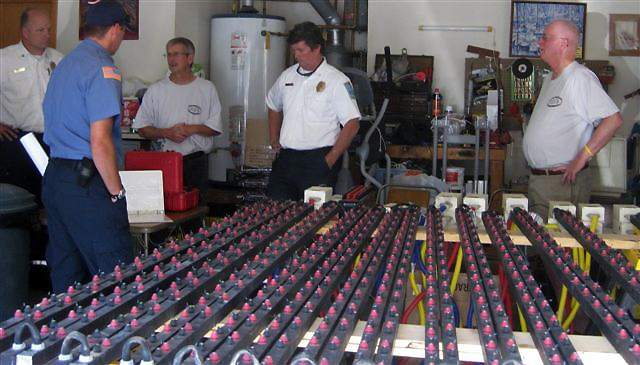 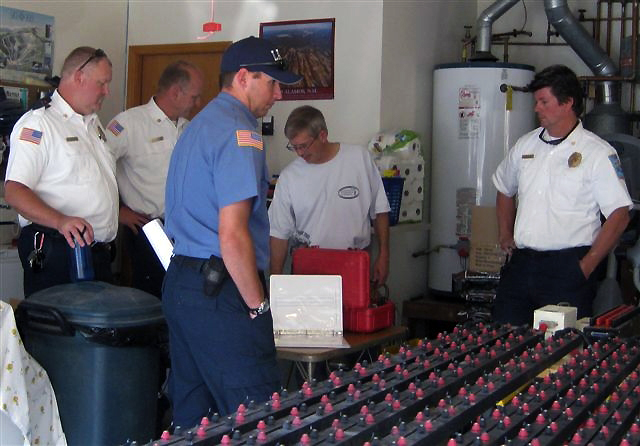 From left, Deputy Fire Chief Justin Grider, Fire Chief Troy Hughes, Fire Capt. Kelly Sterna, Kiwanian Rick Reiss and Deputy Fire Chief Glenn Trehern. Reiss briefs the fire officials on the equipment that will be used during the 4th of July fireworks extravaganza at Overlook Park in White Rock. The system includes ‘firing rails’, ‘firing modules’, ‘fire control’ and a computer. The rails allow the operators to hookup electronic igniters to the individual shells. The firing modules are connected to the rails. Each module has an ‘address’ that allows the fire control box to ‘talk to’ the individual module and each of the 32 ignition points on the rails. The computer has the firing sequence and timing mechanism and tells the fire control box which shell on a specific rail is to be ignited. Courtesy photo