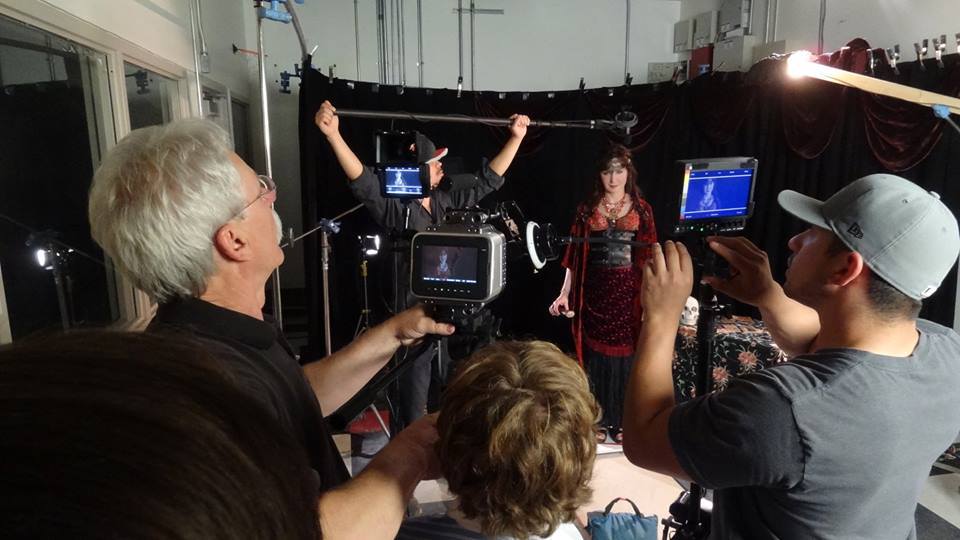 On the set of ‘Glasses.’ Courtesy photo 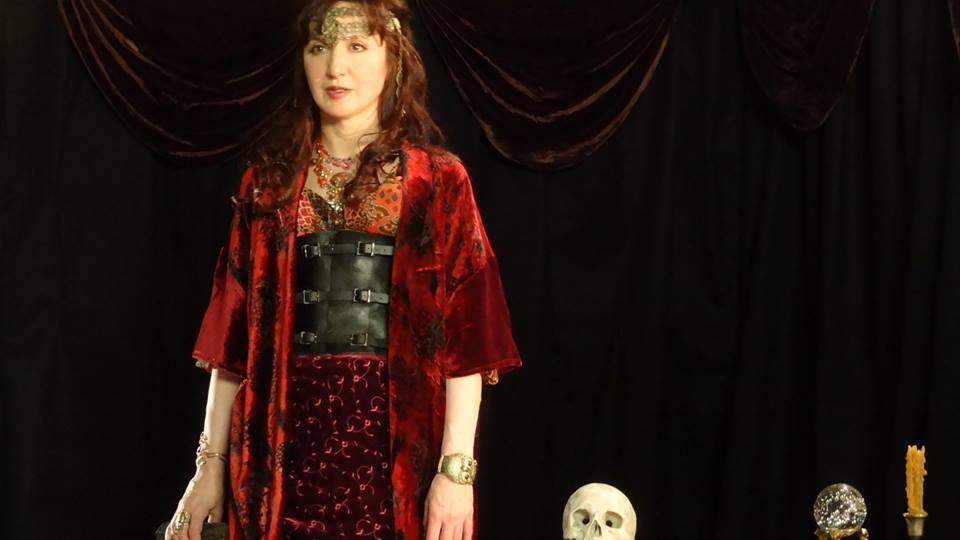 Los Alamos filmmaker Marina Giorgii began making films eight years ago. Giorgi produced a short film a couple of years ago, but was dissatisfied with the way it was directed. She decided the next time she would direct her film herself.

“Making that first film was like going to film school,” Giorgii said.

Giorgii is directing her second short film “Glasses.” Giorgii wrote the screenplay for the film. A writer since childhood, Giorgii has been writing in English for 10 years and began writing screenplays about two years ago. She describes “Glasses” as an adult fairytale.”

“Glasses” is a story that stirs us into thinking just how much we want what we want- and how far we are willing to go to get it,” she said.

Giorgii is a transplant from the Caucasus and has plenty of real life experience with fighting to make dreams come true.

She is a perfectionist who draws each frame of the film by hand. “I want to do a good job every step of the way,” Giorgii said.

The short version of “Glasses” will run 20 to 25 minutes. The ultimate goal is to interest a studio in making a full-length feature film.

“The short is the gist of the story. It works more on the emotional level than on the narrative level,” Giorgii said.

The protagonist, Will, is an unhappy young man who escapes into his dreams-literally. As a child, he was given a pair of magical glasses by a mysterious Gypsy. Whenever he puts them on, he is transported into a world of freedom, beauty and possibilities. This double existence makes his life bearable, until the real world and the ‘dream world’ become entangled, and Will must make a difficult choice between the two. But will he be willing to pay the ultimate price for living his dreams?

Giorgii is working with a crew of film professionals with impressive resumes. The producers are Brent Tiano and Nick Ward. Tiano is a member of Rio Grande Media Group and a producer at Duke City TV. He produced several short and feature films, including “Testament” and “Warrior Woman” (starring Karen Young), and was one of the creators of the Albuquerque Film Festival.

Ward is the creator and producer of “The Root 66″ and director of Digital and Social Media at Gorilla Design. He is the initiating producer of the feature film “50 to 1,” and has worked on a number of films, TV series and shows, including “Longmire,” “New Mexico Media Makers,” “The Lone Ranger” and many other feather films.

It took five major casting calls to assemble the cast.

“I wanted to have great actors. Some of the cast didn’t look like I imagined they would, but they bring so much to their roles,” Giorgii said.

Jack Justice plays the child Will. He has an impressive resume acquired working on numerous projects, including the TV series “In Plain Sight.” Joshua Santana plays the adult Will. A diverse actor with nearly 15 years of acting experience, he appeared in many productions and TV series, including “In Plain Sight” and “Roswell.”

Monique Candelaria who portrays Lolita, Will’s love interest in the dream world, is a singer, model, and actress cast in five feature films in the last two years including “Bless me Ultima” and most recently, the TV series “Breaking Bad.” Genevieve Trainor, who plays Will’s bullying, brow-beating wife has been in diverse productions, in both principal and supporting roles, including a French-speaking role in the award-winning film “Missing You.”

Making a film is an expensive undertaking. Giorgii and her team are raising funds to keep the project going. She is using the fundraising website Indiegogo, to raise money for the film. The “Glasses” site is http://www.indiegogo.com/projects/film-glasses.

“Many of our core and extended team members work for free. Some will get paid a fraction of what their work is worth,” Giorgii said.“We need to feed our crew and actors, and get props, costumes, and decent equipment for six to eight days of principal photography, as well as pay the postproduction costs.”

A number of perks and rewards are being offered to film investors. Since the hero is an artist, many are art-related. Every contribution to this campaign of $5 or more will have a chance to win one of the paintings by George Pierre featured in the film. (A contribution of $10 earns two tickets, of $15, three  tickets, etc.) Contributions, small and large are welcome. A $5,000 contribution will even get you a role in the film.

There are 16 days left in the current campaign, so be sure to visit the site soon. This is a chance to be part of a professional film project in the beginning stages.