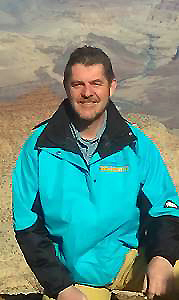 Dr. Daniel Meyers of Whole System Minimally Invasive Orthodontics in Los Alamos has made significant advances in the field of orthodontics and will share these strives with the world – literally.

Meyers will present a lecture titled, “The Evolution from Orthodontics to Clinical Orthodontic Medicine” at the BIT’s Second Annual World Congress of Oral and Dental Medicine Nov. 2 in Dalian, China. Specifically, he will discuss contemporary concepts of care in orthodontics with next generation technology.

Meyers explained he was invited to speak at the conference following several original publications, including a chapter in “3D Diagnosis in Orthodontics: Applied Cone Beam Tomography,” and lectures he presented nationally focusing on the evolution toward a paradigm for orthodontics based on concepts of clinical dental medicine and knowledge base, understanding, techniques and current technologies.

Meyers was introduced to the concept that orthodontic health is more than straight teeth and a nice smile while taking the course, Achieving Functional Goals in Contemporary Orthodontic Treatment, at the University of Detroit/Mercy School of Dentistry. He said other orthodontists encouraged him to take the course because there was more to learn than what was taught at school.

As a result, Meyers was exposed to a different perspective. He said at the time, he had practiced for more than 10 years and thought he had done a good job but he had come to appreciate the fact that, just like in any field, developing expertise means there’s a lot more to know.

In addition to taking the course at the University of Detroit, Meyers said he turned to experts in the field.  He learned from the people who had the expertise in pretty much every sub-specialized area of orthodontics.

He also began to learn about clinical dental medicine and a wellness model of care, primarily through his active memberships with the World Congress of Minimally Invasive Dentistry and the American Association of Orofacial Pain. Additionally, he became certified in diode lasers through the World Clinical Laser Institute in 2006.

Technology, Meyers said, is needed “because without it you’re blind. There’s a lot more to know.”

In his most recent publication, “Discover the Benefits of Cone Beam Tomography for Orthodontics,” Meyers drew from the first principle of minimally invasive dentistry, namely that high powered vision is critical, and he made the analogy that the next generation’s technologies are the means of high powered vision.

With all his new tools and knowledge learned from extensive continuing education with experts, Meyers came to understand that orthodontics was about more than straight teeth.

His writings inspired others and his material has been taught in Brazil, Egypt, India and soon Russia by the current president of the Brazilian Association of Orthodontists, Dr. Mauricio Accorsi.

Meyers’ lecture in China will outline his perspective on the history of the foundation of diagnostics and decision making for orthodontic care, and bring together three core principles which he sees as moving orthodontic care toward a new paradigm of clinical orthodontic medicine.

These three core principles are the oral system, clinical dental medicine, and a wellness model of care. Knowledge is a powerful tool and is an important factor for decision making.

“The more you know … it may change things,” Meyers said.

The conference is a chance to share all this with academics, organizational leaders, and colleagues from around the world.

“It’s sharing what we know to make each other better. To be part of that is a real honor,” he said.

Meyers has 20 years of private practice experience in orthodontics and three years practice as a general dentist in the US Army Dental Corps. He holds a  Bachelor of Science degree in Materials Science & Engineering from Cornell University, Dental degree (Doctor of Dental Surgery) from Northwestern University Dental School, Orthodontic Certificate from Fairleigh Dickinson University College of Dental Medicine, a Master of Science degree in Biology from Fairleigh Dickinson University College of Science and Engineering and a Certificate in Biblical Studies from Moody Bible Institute advanced studies program in Chicago.