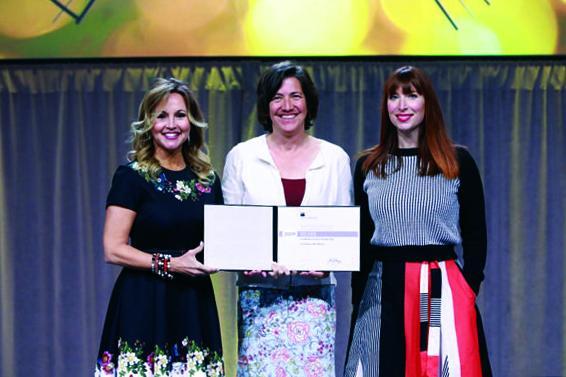 The Los Alamos County’s tourism strategic plan is a little older than one year but it already has garnered national attention. County Council learned during its May 14 work session that the American Planning Association awarded the plan the Silver 2019 National Planning Achievement Award for Economic Development Planning.

“We are super proud,” Matteson told the Los Alamos Daily Post during an interview Monday. “The strategic effort represents a 10-month process … it’s very fitting that the effort has been recognized in this award.”

“We are very pleased to receive this award,” County Manager Harry Burgess said in an American Planning Association press release. “It is the result of an intensive, collaborative effort with a team of individuals, businesses, organizations, County Councilors and staff who came together to discuss ideas and actively engage the public. The result is a dynamic plan with a clear vision, tactics, opportunities and the implementation steps we need to advance our tourism goals within our community.”

The strategic tourism plan was developed during a 10-month process. The County and Design Workshop held numerous stakeholder meetings and developed a work group to help create the plan, Matteson said.

For a town of this size to earn national recognition is noteworthy, Matteson said. She explained it is difficult for smaller communities such as Los Alamos to compete with larger municipalities because the bigger cities’ projects are so much larger in scale and scope.

According to the press release, the American Planning Association recognizes outstanding efforts in planning and planning leadership through its National Planning Excellence and Achievement Awards. The two-tier awards are selected through a juried process.

The Excellence Awards are the highest honor while the achievement awards honor accomplishments in areas of specialization within the planning profession.

It may have received accolades, but work has not stopped on the plan. The Council-appointed Tourism Implementation Task Force meets regularly and during the FY2020 budget hearings, council approved funding on several tourism initiatives.

For instance, Matteson said council approved funds to revamp the County’s visitor website, http://www.visitlosalamos.org/. Additionally, it approved updated, creative and interactive displays for the visitor centers. One of the biggest projects Council approved to fund was phase one of the wayfinding plan, which is a strategic system to direct visitors to the various attractions in the County, Matteson said. Phase one is expected to begin in July and will involve working with a manufacturer to design and install signs.

“It continues to remind us that we have a road map … and we need to continue working on that,” she said.