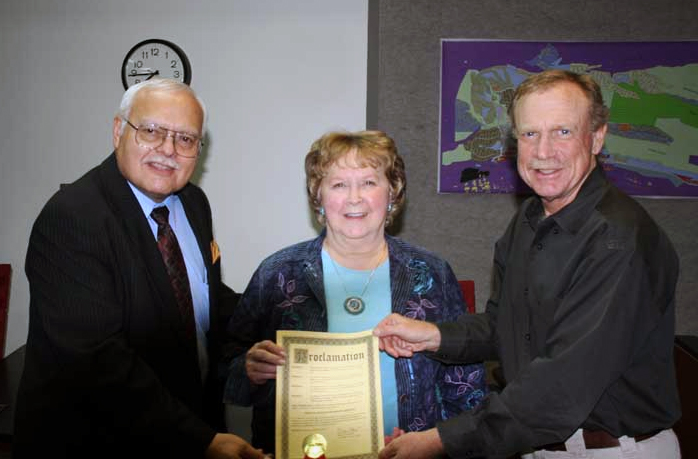 As such, the Los Alamos County Health Care Program is raising awareness of trauma, the devastating impact it has on physical, emotional, and mental well-being, and how therapeutic techniques based in neuroscience can mitigate these effects and create dramatic changes in people’s lives.

A traumatic event – which threatens our lives, our safety or our personal integrity – can affect us profoundly.

“Most people think that “trauma” refers to physical trauma that occurs as a result of a car accident or assault,” Health Care Coordinator Therese Baca said. “But it’s much more than that.”

Trauma has tremendous human and societal costs. Trauma is the leading cause of the death of children in this country. The effect of trauma on productive life years lost exceeds that of any other disease. The economic cost of 50 million injuries in the year 2000, alone, was $406 billion.

This includes estimates of $80 billion in medical care costs, and $326 billion in productivity losses. And the predicted cost to the health care system from interpersonal violence and abuse ranges between $333 billion and $750 billion annually, or nearly 17 to 37.5 percent of total health care expenditures.

“As a society, we are just beginning to deal with trauma – bringing it out of the shadows, finding new ways of healing its wounds, and casting off the shame that prevents trauma survivors from seeking help,” Baca said .

When children or adults respond to these traumas with fear, horror and/or helplessness, the extreme stress is toxic to their brains and bodies, and overwhelms their ability to cope, Baca said.

While many people who experience a traumatic event are able to move on with their lives without lasting negative effects, others may have more difficulty managing their responses to trauma.

Until recently, trauma survivors were largely unrecognized by the formal treatment system. The costs of trauma and its aftermath to victims and society were not well documented.

Inadvertently, treatment systems may have frequently re-traumatized individuals and failed to understand the impact of traumatic experiences on general and mental health.

“Today, the causes of trauma – sexual abuse, violence in families and neighborhoods, and the impact of war, for example – are matters of public concern,” Baca said. “But more needs to be done to recognize the devastating impact of trauma and successful approaches to treatment.”

Many trauma survivors have formed self-help groups to heal together. Researchers have learned how trauma changes the brain and alters behavior.

A movement for trauma-informed care has emerged to ensure that trauma is recognized and treated and that survivors are not re-victimized when they seek care.

“It is critical that these efforts are strengthened and we heal the invisible wounds of trauma,” Baca said. “They are crucial to promoting the healthy development of children and healthy behaviors in families, schools and communities that reduce the likelihood of trauma.”

“During the month of November we hope to combat the stigma that surrounds mental health illness by raising awareness about mental health conditions, creating a diverse community that will advocate to fight inaccurate and hurtful representations of mental illness by creating a community that embraces all of our citizens. Become a stigma buster, stop the shame and blame game,” Baca said.