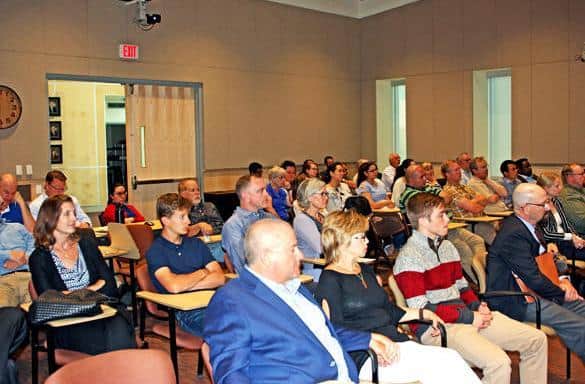 The changes to the ordinance dealt with revising some technical wording and date changes. Council approved a special meeting at 2:30 p.m. June 19 in Los Alamos Council Chambers to consider officially adopting the ordinance.

The economic development project for public support of Pebble Labs, according to agenda documents, comes in the form of a grant of two County-owned parcels of land in the Entrada Business Park. The total appraised value of the land parcels is approximately $1.4 million.

There are several key terms to the project, according to agenda documents:

Ahlers added, “Industrial Revenue Bonds provide tax abatements to companies for eligible projects. Without the tax abatements the projects are often not feasible. Pebble Labs seeks bonds to finance a 10-year buildout of a corporate campus at Entrada Business Park.”

The bond council will consider at its June 19 meeting would not exceed $60 million with a 20-year term. The project will have a property tax abatement on it for the entire term of the bonds. Pebble Labs has agreed to a Payment in Lieu of Taxes (PILT) of approximately 50.5 percent of the tax rate to keep Los Alamos Public Schools and University of New Mexico-Los Alamos in a hold harmless financial position, according to agenda documents.

LAPS Superintendent Kurt Steinhaus thanked the council for adding the PILT clause, saying that without it, LAPS would lose its mil levy tax funds needed to refurbish their schools and UNM-LA would lose operational funds.

Many councilors praised Pebble Labs and what it is bringing to the community.

“I am really excited,” Councilor Antonio Maggiore said. “I think for a long time this community was a community people did not want to invest in … I’m talking about value in the community that was enough to draw (new people in but) looking at the audience tonight and seeing a wonderful (diversity) of people makes me really happy. It makes me feel that we’re doing something right here.”

Councilor David Izraelevitz said he feels Pebble Labs as well as the New Mexico Consortium and other tech start-up companies found “the secret sauce,” meaning they are successful in anchoring capital resources as well as people resources in Los Alamos.

“This is a great opportunity for us,” Ryti said.

LACDC Executive Director Patrick Sullivan said having Pebble Labs in Los Alamos achieves one of LACDC’s and the County’s goals in the economic development plan. He said Pebble Labs is bringing economic diversification, jobs as well as more people to the community, which benefits other businesses in town.

The optimism was shared on both sides.

Erick LeBrun, vice president of research, parallax division at Pebble Labs, said he grew up in Los Alamos, graduated from Los Alamos High School and then left for 20 years. Pebble Labs brought him and others back to town.

“I would definitely say in the year-and-a-half I have been back I haven’t regretted it … we (Pebble Labs) would love to stay here and continue our family,” LeBrun said.

Pebble Labs currently employs 52 people and LeBrun pointed out they represent 21 different countries. He said the company also is helping to retain graduates for area colleges and universities. Many Pebble Labs representatives praised the County for helping them be successful.

Michelle Henrie of Corporate Counsel, Facilities and Land Holdings, told the Los Alamos Daily Post, “I just want to pass my compliments on to the County, community and consortium. It really has been a team effort.”

“Pebble Labs could not have achieved this success … without the support of New Mexico Consortium,” Bloodworth said. “The consortium provided a unique mix (equipment, talent, etc) … which made it a very compelling proposition. A warm thank you to the County and the consortium for welcoming us and making it happen.”

Bloodworth told the Daily Post, “They’ve (the County) been fabulous, hard-working and diligent.”

Pebble Labs Director of Corporate Development Paul Laur also offered his thanks to the County and staff. He said Pebble Labs was given all the information it needed and he appreciates the council’s vision. Pebble Labs is a bio-tech research company. Its work includes researching ways to eliminate pesticides in crops, antibiotics in seafood, eradicating the Zika Virus and vector borne diseases in the world. In a video played during the meeting, Co-founder Richard Sayer said the company has grown dramatically. The company started with three employees and has grown to 52.

He said they liked to work in Los Alamos because “we are able to tap into the incredible science talent … we are very pleased to be in the County … we look forward to working with the County to move Pebble Labs to the next level.”

Pebble Labs could be a great example for other start-up companies to follow, Bloodworth told the Daily Post.

“Success begets success is the bottom line,” he said. 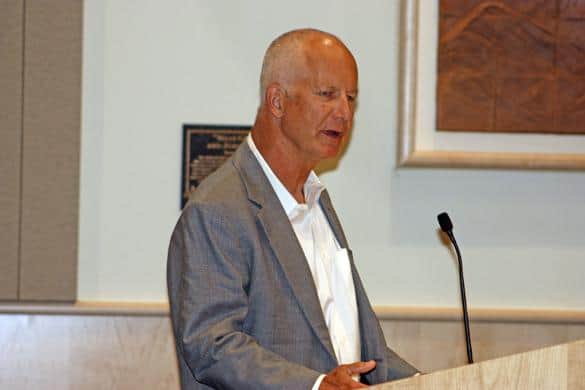