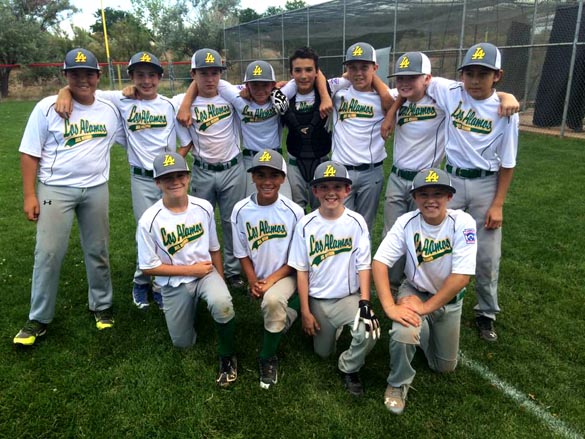 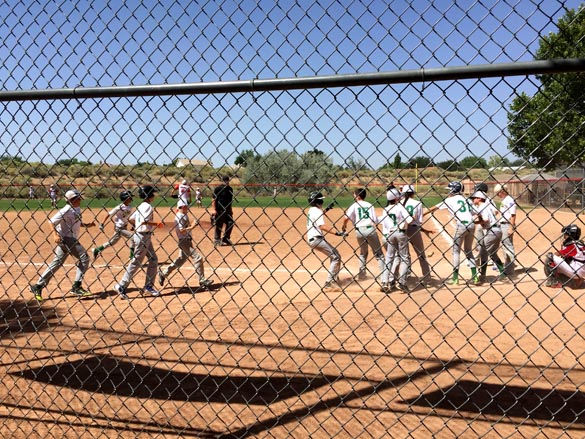 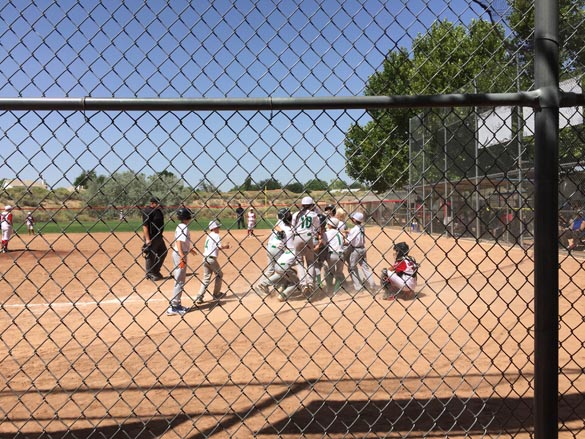 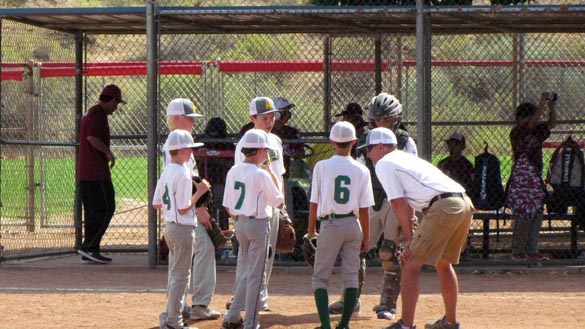 The Los Alamos Little League Baseball “Majors” Division concluded season play this past weekend in Round 1 of the Little League State tournament hosted by District 8 Petroglyph in Albuquerque.

Los Alamos, the District 1 Champion won one game against Las Vegas and lost two against Deming in state play. On Friday, LA lost in extra innings 22-15 to Deming in an offensive contest where LA had 14 hits and was winning going into the 6th inning. On Saturday morning, LA held off Las Vegas in a 10-8 win. Later in the afternoon, Deming shut down the LA bats and knocked LA out of the tournament with an 11-1 win.

In addition to the regular season that ran from mid-April until mid-June, these kids extended their play another five weeks that consisted of practices, social time, and the district and state tournaments.

Manager Dave Swavely thanked the kids for a great season. In addition to the players, Swavely would like to thank the parents for their support during the post-season, and Coach Wimer (Scott) for his dedication to improving the boy’s baseball knowledge and skills over the years.

The coaches would also like to thank Coach Jones (Daren) for his stability and presence on the field and in the dugout. With the boys in or moving on to middle school, Coach Jones will be a constant factor in their athletic development over the next couple of years.

More than 50 fifty players, competed on four major teams in the county this year during the regular season and the post season team was comprised of 13 players. This year’s All-Stars consisted of the following: Carson Dickson, Zach Jones, Maddox Martinez, Mateo Maestas, Lance Rivera, Wesley Stanfield, Charles Steinkamp, Caden Stilwell, Ty Swavely, Caden Thornton, Ryan Vest, Cal Wimer and Gus Yeager. It is a testament to their dedication to note that Coaches Swavely and Wimer have taken some members of this team to four consecutive District titles and State tournaments.

Swavely concluded by saying that this has been valuable experience for the kids as they prepare to enter the competitive sports environment beyond Little League.