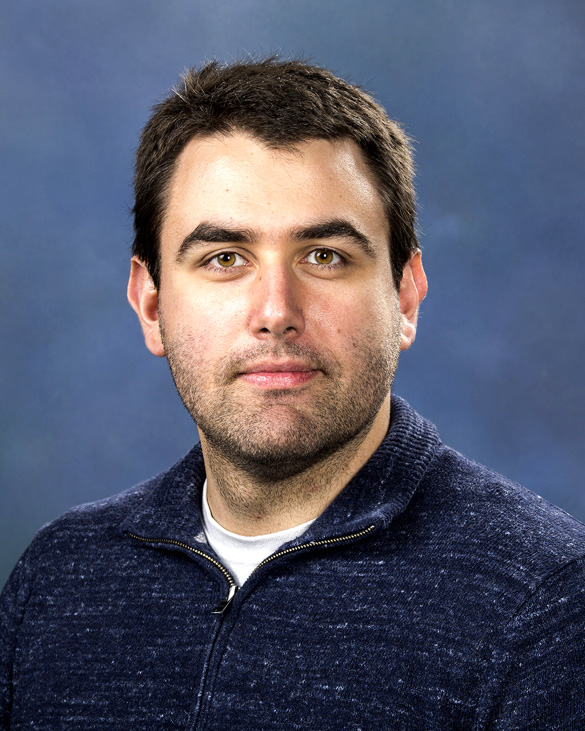 Ludmil Alexandrov, of Los Alamos National Laboratory’s Theoretical Biology and Biophysics group, is the winner of the 2016 Carcinogenesis Young Investigator Award. Given biennially by the journal Carcinogenesis: Integrative Cancer Research, published by Oxford University Press, and the European Association for Cancer Research, the award recognizes a recent significant contribution to carcinogenesis research by an investigator under the age of 40.

“Ludmil’s research uses large-scale computational screening and analysis to understand the mutational processes operating in human cancer and aging. This information has the potential to benefit the development of personalized medical healthcare,” said Alan Bishop, principal associate director of the Laboratory’s Science, Technology and Engineering directorate. “Ludmil’s work exemplifies the Lab’s ability to help solve the nation’s toughest challenges by applying innovative multidisciplinary science, technology and engineering to protect the nation and world.”

Alexandrov’s group is one of the few in the world that is devoted to understanding cancer causation and cancer prevention through mathematical modeling and computational analysis of genomics data. This research supports the Laboratory’s Information, Science, and Technology Science Pillar, which addresses emerging challenges in national security, societal prosperity and fundamental science.

Alexandrov was presented with his award July 10 at a ceremony in Manchester, U.K. His latest article: Understanding mutagenesis through delineation of mutational signatures in human cancer is available here.

About the Carcinogenesis Journal

Carcinogenesis: Integrative Cancer Research is a multidisciplinary journal that brings together all the varied aspects of research that will ultimately lead to the prevention of cancer. The journal publishes papers that warrant prompt publication in the areas of biology, genetics and epigenetics, cancer biomarkers and molecular epidemiology, inflammation, microenvironment and carcinogenesis.

Alexandrov has received numerous recognitions for his work on mutational signatures in human cancer. In 2014, Forbes magazine listed him as one of the 30 brightest stars under the age of 30 in the field of science and healthcare. In 2015, the American Society of Clinical Oncology highlighted his research as an important step forward in the fight against cancer. Alexandrov was also awarded the Weintraub Award by the Fred Hutchinson Cancer Center and the Prize for Young Scientists in Genomics and Proteomics by Science magazine & SciLifeLab.