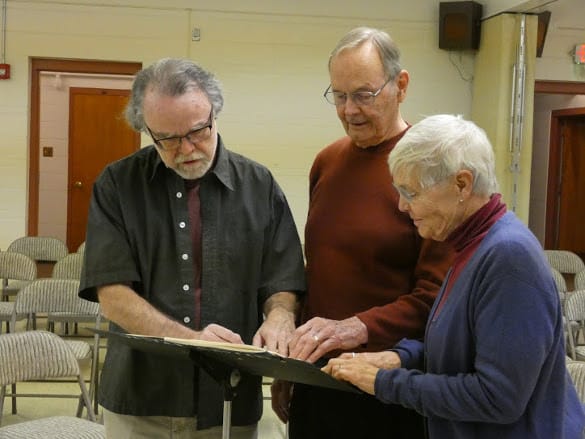 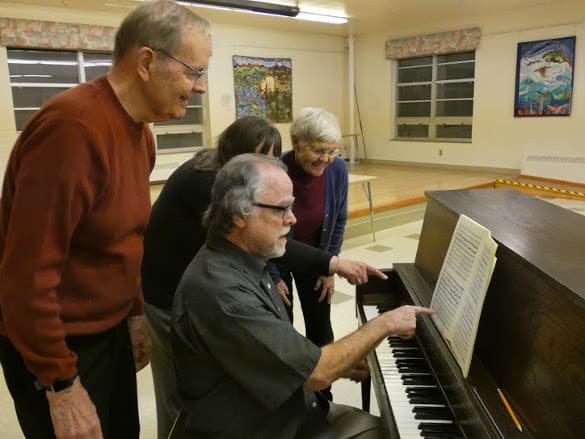 The Los Alamos Choral Society is celebrating its 75th anniversary concert at 4 p.m., Sunday, Jan. 26, in the Duane Smith Auditorium.

The chorus was founded informally in 1943 by Manhattan Project scientists, and will be giving this gala anniversary concert in partnership with the Los Alamos Symphony Orchestra. Cost is $15 for adults, and students are free. The Conductor is Steven Paxton, Kay Newnam is the Concertmaster and Cindy Little is the Accompanist. Special soloists from Choral Society members Olivia Hakel and Rene LeClaire, with Tjett Gerdom as guest soloist.

Pieces that will be performed are Michael Mauldin: Prayer of Mesas, Frances Meier: Pasque Flower in April, Amy Beach: Agnus Dei from Grand Mass, Mary Badarak: Explorers, and ending with the Handel: Messiah, Part III. Mauldin, Meier, and Badarak are all New Mexico composers, and Beach is the first American woman composer for a major choral/orchestral work, which was composed in 1892.

For a bit of Los Alamos Choral Society history, Nov. 19 1943, Donald Flanders advertised in the wartime Los Alamos Times for people to join “The Singing Group”, which was at that time participating in madrigal singing at his home. Apparently enough singers responded that his neighbors started to complain about the subsequent noise level of the enthusiastic group. So the singers had to move to the old nursery school and there they decided to prepare for a performance of Håndel’s “Messiah” during the coming Christmas season. At that time they changed the group’s name to “The Los Alamos Choral Society” and in the ensuing 1945 spring-time started rehearsals for Mozart’s “Requiem”. That was the first of the subsequent 75 continuous yearly seasons of choral presentations.

The Los Alamos Choral Society invites the community to join them this Sunday afternoon at the Duane Smith Auditorium. Tickets can be purchased at the door or at CB FOX.