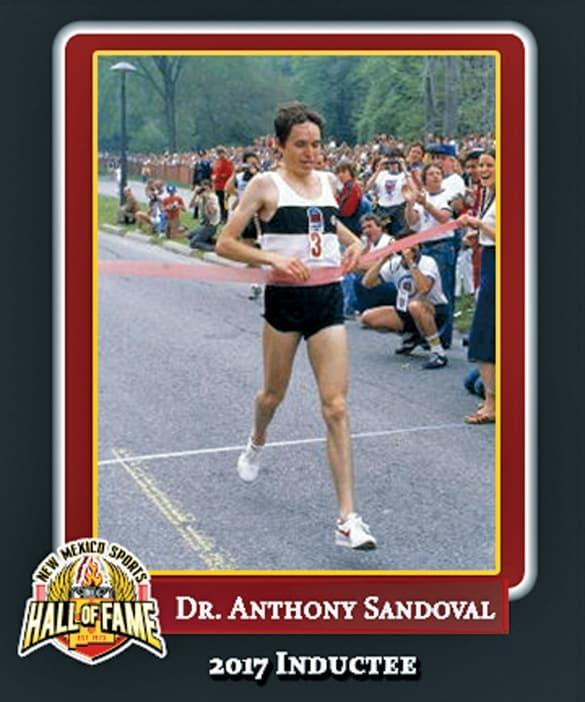 Dr. Anthony Sandoval of  Los Alamos has been inducted into the 2017 New Mexico Sports Hall of Fame. Courtesy Photo 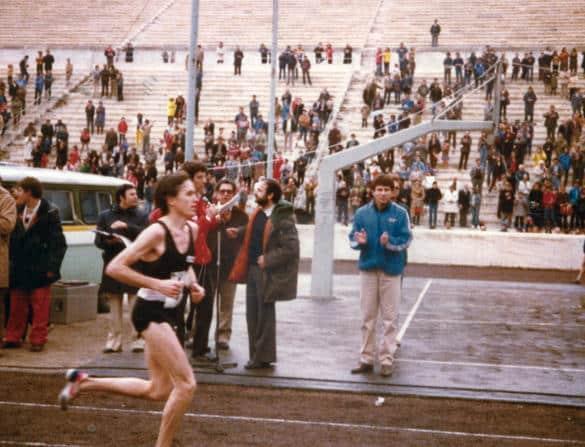 ALBUQUERQUE – In May of 1980, a 26-year-old medical student named Anthony Sandoval from Los Alamos set a U.S. Olympic Trials record with a 2:10:19 time in the marathon trial, earning his way on to the USA Olympic Team.

“The ability to accomplish something this great in any individual athletic sport is statistically unlikely, and to have it fall into place perfectly and at the same time be considered an odds-on favorite to win the Olympic gold medal,” Sandoval said, “It was a dream come true. I was lucky to have raced and gone head-to-head against everybody who was considered the elite runners of the world and being able to beat all of them at one time or another, and then not being able to complete [in the Olympics] was incredibly hard,” Sandoval added.

It wasn’t an injury that sidelined Sandoval from competing in the 1980 Olympics, but rather the political climate of the time. Moscow was the host city for the 1980 Olympics. President Jimmy Carter announced that the United States of America would join 34 other nations in boycotting the summer games in response to the Soviet Union’s invasion of Afghanistan. Carter gave a deadline of May 24, 1980 for the USSR to withdrawal their troops, or the U.S. would not compete in the games. Coincidently, May 24, 1980 is the same day Sandoval qualified to participate in the Olympics.

“You reconcile it at one level, and it hurts more at another level,” Sandoval said with a bit of hurt in his voice. “The bittersweet aspect becomes more poignant with time, but time has also healed some of the hurt to some degree.”

During the 2018 Winter Olympics, Russia was disqualified from participating because of a systemic doping scandal that plagued their team. A handful of Russian athletes were still allowed to compete under the Olympic flag. When asked if he considered running as an individual in the 1980 Olympics, Sandoval said it never crossed his mind.

“That kind of concept didn’t happen back then. It was an incredibly strong boycott with so many countries participating,” he said. “Besides, what’s the point? I would have raced against people who were participating and weren’t any good. You would get a gold medal that wouldn’t have any merit to it.”

“I was surprised when I got the call that I had been nominated. One of my first feelings was, wow, somebody remembered,” Sandoval joked. “That those kinds of athletic accomplishments of mine hang out there somewhere, and someone wanted to reflect on it, I’m incredibly honored.”

As well as qualifying for the 1980 Olympics, Sandoval was a two-time New Mexico state champion cross country runner and 1600 meter runner at Los Alamos High School before becoming an All-American at Sanford University.

In 1992, during a race, Sandoval tore his Achilles tendon at the 8-mile mark but continued the race for four more miles until he couldn’t take the pain anymore at the 12th mile.

“I’ve had to recognize that I probably need to back it off, so I’ve done that,” Sandoval said about his current running status. Even though Sandoval might not be running anymore, his accomplishments and unique story will live on throughout time.