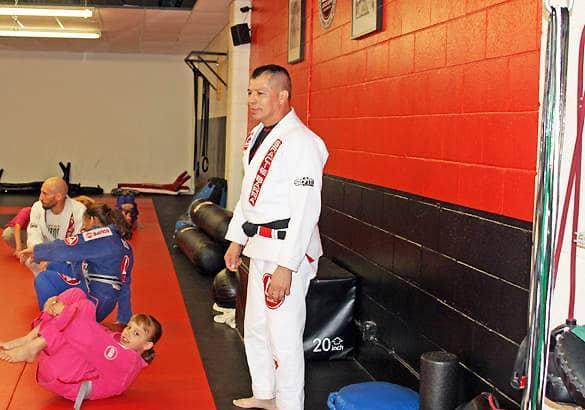 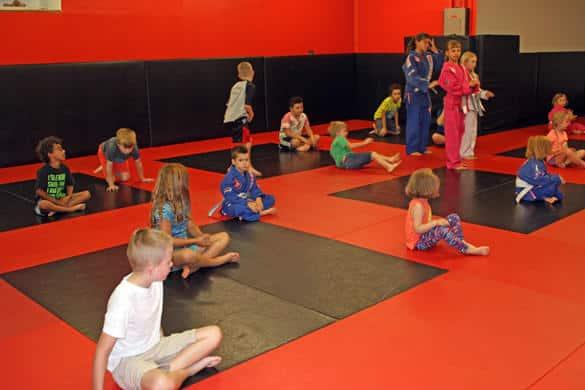 The LAB, Los Alamos Brazilian Jiu Jitsu, recently celebrated its five-year anniversary. Rather than recognizing this milestone with cake and balloons, the Gracie Barra Jiu Jitsu academy did what it does best: passing its knowledge of martial arts on to others.

Owner Robert Romero said he trained at a Gracie Barra school in Santa Fe. One day, he was talking with the owner Thomas Pless and they decided to open a school in Los Alamos. The LAB, which is at 1370 Central Ave. Suite B next to Subway, caters to athletes of all ages.

One of the best perks of owning the business, Romero said, is “the people we have been able to help. We bring them a healthy lifestyle.” Even more than that Romero said the school gives its student confidence.

“A lot of it is they are going to build a lot of confidence in themselves; a lot of life coaching skills and of course a much healthier lifestyle,” Romero said.

Romero brings a much experience to his business.

“I’ve been coaching and teaching for 30 plus years,” he said. “…I have always (loved) it being able to give back and help them…”

He explained he got introduced to Jiu Jitsu while serving as a SWAT Team Commander in the Santa Fe Police Department 16 years ago. One of the officers brought in an instructor to teach Jiu Jitsu and the instructor offered him a private lesson.

“I have been hooked ever since,” he said.

Romero retired from the police force in 2007 and owning his business has been very rewarding, he said.

“I’ve been able to employ a few people and establish programs I think will help out the community and the people in the community,” Romero said, adding that his business continues to grow every year. “In fact, we’re starting to almost out grow this location. Every year has been a growth for us.”

The school kicked off an anti-bullying program Friday and although the program has started, children are still welcome to attend the class and will be caught up on the material the class covers. Romero said the anti-bullying program teaches students how to deal with issues in life. Classes cover why some people bully and how to respond to bullying either by walking away or talking to the antagonist. Additionally, the class prepares students with the tools to care for themselves and control the situation should a physical assault occur.

Besides Romero, other instructors include Coach Joel Whitney, who is the lead instructor for martial arts; Carolyn Serrano, a supervisor for the afterschool program; staff Katie Brousseau and Roxanne Yoakum and teen staff.

“I’m very fortunate to have all the staff I have,” Romero said, “including the teens.” 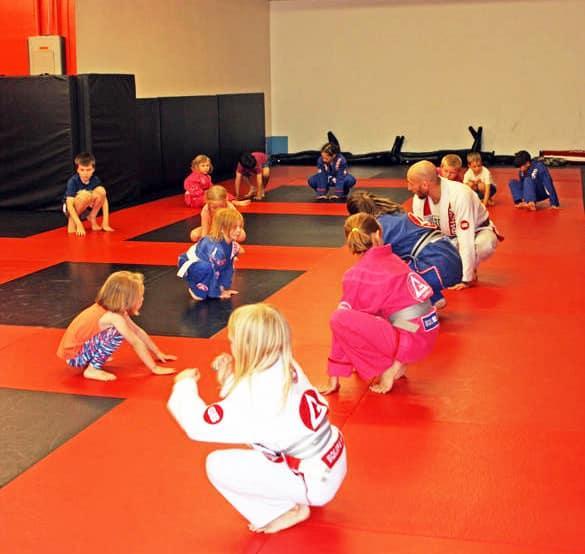 Coach Joel Whitney along with some young helpers demonstrates manuevers during the anti-bullying class. Photo by Kirsten Laskey/ladailypost.com