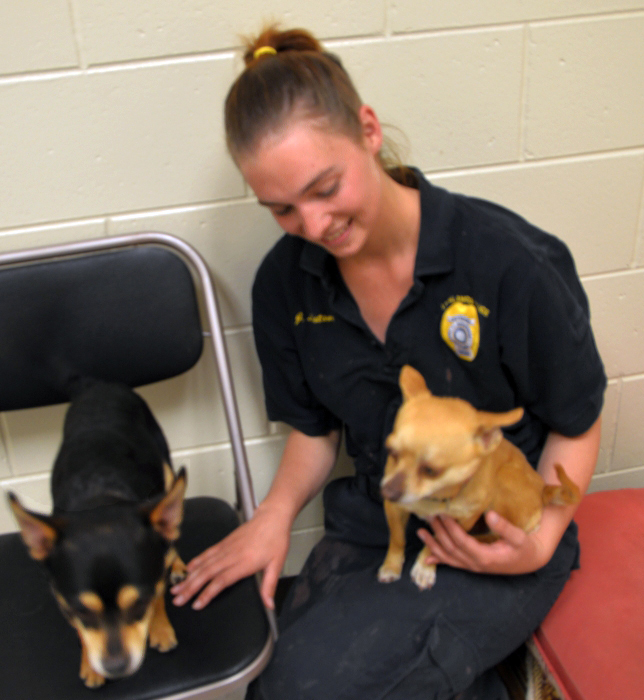 Jacinta Leston with 5-year-old Bandalario and 4-year-old Poncio Saturday at the Los Alamos County Animal Shelter. The male Chihuahuas were transferred from the Santa Fe Shelter recently to make room for 48 dog hoarding victims. Contact the Los Alamos Shelter to adopt Bandalario or Poncio. Photo by Carol A. Clark/ladailypost.com 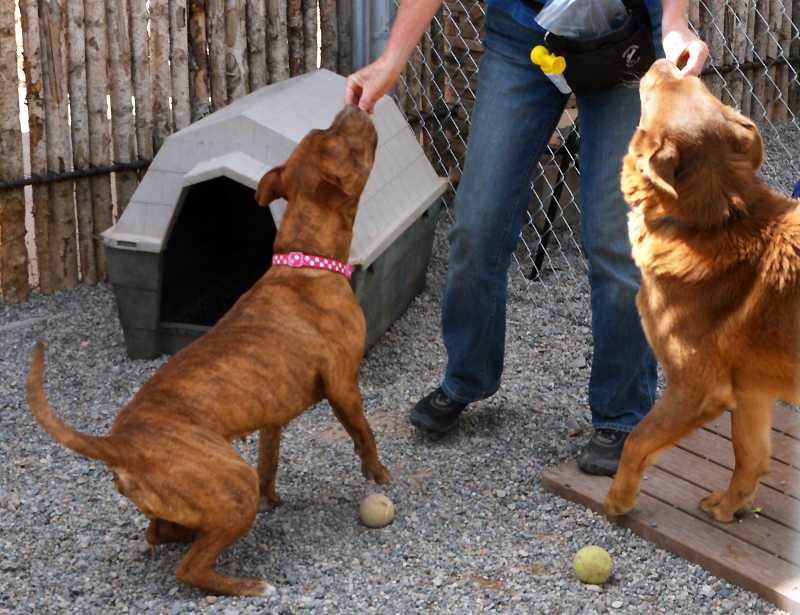 Ruby, a 2-year-old pit bull and Heath, a 3-year-old shepherd mix take time out from playing to eat treats Saturday at the Los Alamos County Animal Shelter. Ruby and Heath transferred in from the Santa Fe Shelter. Contact the Los Alamos Shelter to adopt Ruby or Heath. Photo by Carol A. Clark/ladailypost.com

The Los Alamos Shelter took in four dogs from the adoptive dog section of the Santa Fe Shelter to help ease the severe overcrowding created when 48 dogs were delivered from the dog hoarding case.

“I have met the dogs and they are very social and very adoptable … two are Chihuahuas and there’s a very sweet pit bull mix, and a very nice shepherd mix. I would like to encourage people to help by adopting a dog from our shelter,” said Sylvia Hush from Friends of the Shelter.

The 48 dogs were seized Tuesday, April 2, from the Edgewood home of former veterinarian Debra Clopton.

Clopton, 48, faces felony drug charges after deputies found Clopton in possession of 100 milliliters of Euthasol, a solution used in the euthanasia of animals, and 2 milligrams of dexamethasone, a potent steroid used as an animal anti-inflammatory. She also may face animal abuse charges.

In March, the New Mexico Board of Veterinary Medicine revoked Clopton’s veterinary license, originally issued in 1991, after she allegedly failed to renew it.

The board filed a petition for a permanent injunction against Clopton, seeking to end what it claims are Clopton’s multiple attempts to practice veterinary medicine without a license.

Jacinta Leston of the Los Alamos Shelter told the Los Alamos Daily Post Saturday that the Santa Fe Shelter has 58 holding kennels. When the 48 dogs arrived Tuesday at the already crowded facility – they had to start using their adoption kennels, she said.

“The people at the Santa Fe Shelter were so appreciative that we offered to take in four of their dogs from the adoption kennels to ease the overcrowding,” Leston said. “Those dogs might be there for a long time as part of the dog hoarding case so we really wanted to help.”

Mary Martin, the shelter’s executive director, said that many of the 48 dogs and newborn puppies seized in the case are injured or under-socialized and need immediate care and may be at the shelter for a long time.

The case is likely to have a lasting impact on the shelter’s ability to serve the Santa Fe community’s need, she said.

“Our shelter doesn’t have five open kennels much less 40, so preparing for this case requires incredible teamwork and community support,” Martin said. “Situations like these put a great strain on our shelter’s resources, everything from staff hours to dog food.”

The shelter is asking people who are interested in adopting animals to please do so right away and asks those people who are considering relinquishing an animal to wait.

The shelter also is asking for donations of canned dog food, towels and blankets, along with financial contributions to ensure that the animals get the kind of care they desperately need. 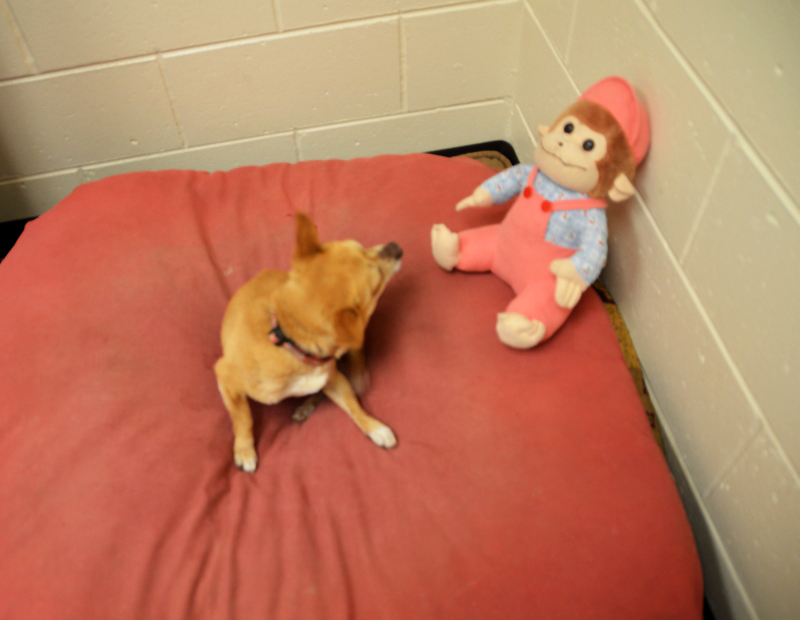 Checking out a toy monkey Saturday, 4-year-old Poncio is a small Chihuahua transferred from the Santa Fe Shelter to make room for 48 dog hoarding victims. Contact the Los Alamos Shelter to adopt Poncio. Photo by Carol A. Clark/ladailypost.com 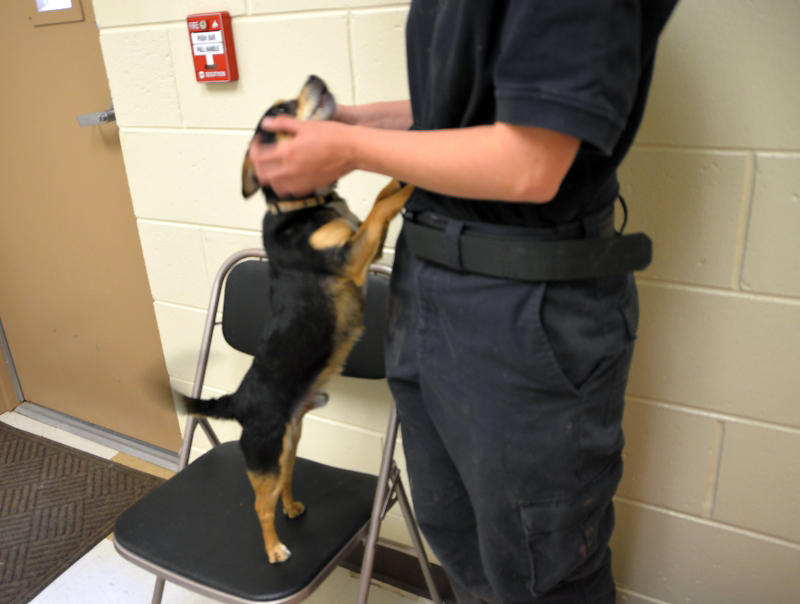 Overcome with joy at being petted Saturday by Jacinta Leston of the Los Alamos County Animal Shelter,  5-year-old Chihuahua Bandalario transferred from the Santa Fe Shelter. Contact the Los Alamos Shelter to adopt Bandalario. Photo by Carol A. Clark/ladailypost.com