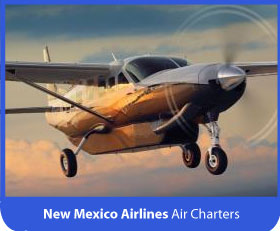 The new schedule affects ONLY the departure and arrival times of the flights returning from ABQ to LAM to accommodate the travel needs of maximum number of flyers who have expressed interest in using the service on a regular basis.

Weekday flights have been changed as follows:

“We are making these changes now in an effort to capture a larger traveling base,” Airport Manager Peter Soderquist said. “This first year of service is critical to demonstrating to the Federal Aviation Administration and other funding sources that this service is sustainable.”

The changes were made based on input from current and prospective users, primarily received via e-mail at feedback@flylosalamos.com. By re-scheduling the midday, weekday flight #12 by 1-1/2 hours, the new flight #15 will now provide access to six flights arriving at ABQ from five large-hub airports—Denver, Los Angeles, Phoenix, Houston and Dallas.

“We need the business and recreation travelers in the community to make this work,” Soderquist said. “Just e-mail feedback@flylosalamos.com and let us know how we can help this new air service work for you.”

Comments, concerns and suggestions are forwarded to airport, airlines and public relations personnel.