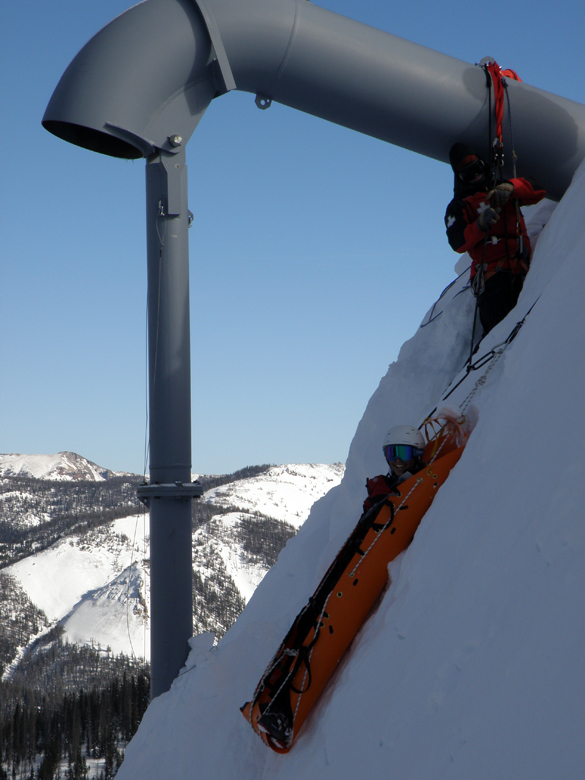 Los Alamos Young Adult Patroller (YAP) Kai Coblentz is lowered in a sled during high-angle rescue training last weekend at Wolf Creek, Colo. The compressed gas avalanche tool injects gas under the pack and the pipe is used as an anchor. Courtesy photo 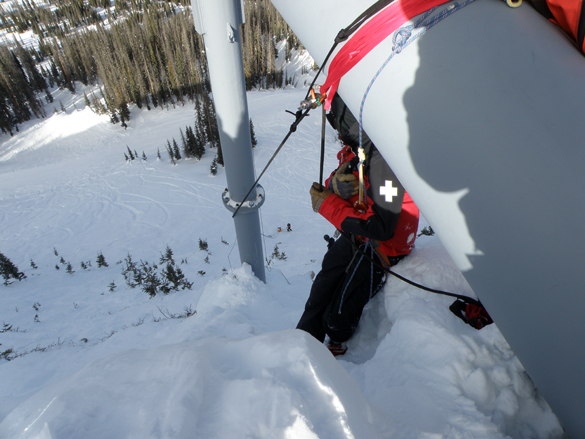 A belayer’s eye view of the ‘knife ridge’ as YAP Kai Coblentz remains visible in the orange high angle rescue device far down below at the end of the rope during a training exercise last weekend at Wolf Creek, Colo. Courtesy photo

The weekend began with a talk from Wolf Creek owner, Davie Pitcher, about the soul of skiing and the importance of ski patrol. Wolf Creek patrollers took the Pajarito YAPs and their leaders Eric Schaller and Cameron Guy on a tour of their entire operation, including their clinic in the base area and all their mountain houses.

“YAPs from Pajarito Mountain Ski Patrol are an inspiration to me and all those around them because of their confidence and enthusiasm,” said Schaller, who has been involved with the YAP program for more than 20 years. “They made Pajarito Mountain stand out among an impressive group of patrollers from throughout the Rocky Mountain Division.”

Schaller is a former assistant patrol director and Guy won the coveted YAP of the Year award in 2014 for the Rocky Mountain Division. Schaller thanked Pajarito Mountain General Manager Tom Long for sponsoring the trip. Coordinators of the program are Steve and Julie Maze. For more information, call Steve Maze at 505.490.5311. 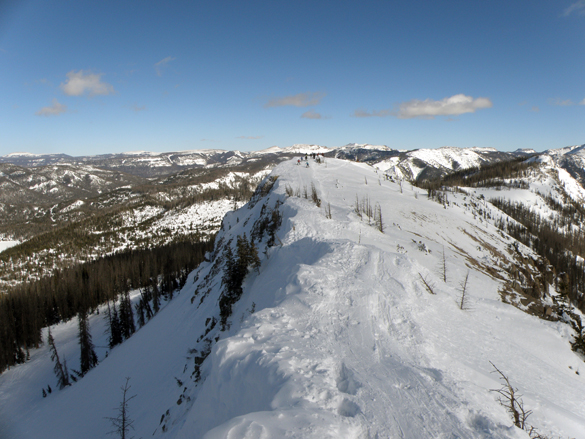 The view from the top of ‘knife ridge’. Patrollers can be seen in the far distance. Courtesy photo 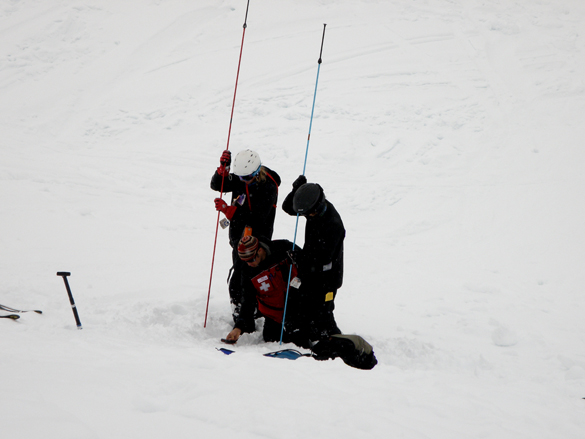 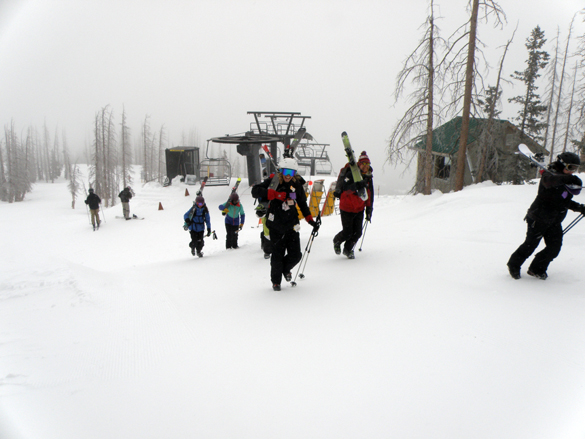 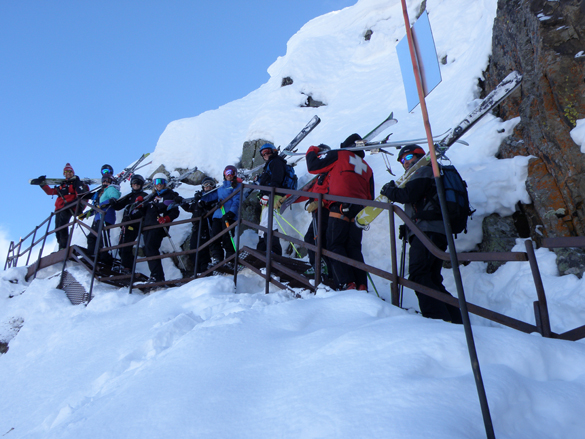 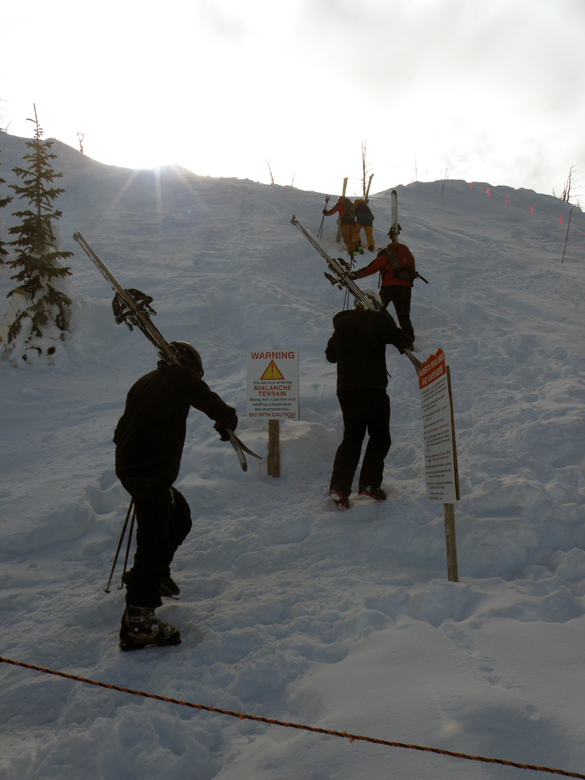 Hiking to the top of the ridge. Courtesy photo 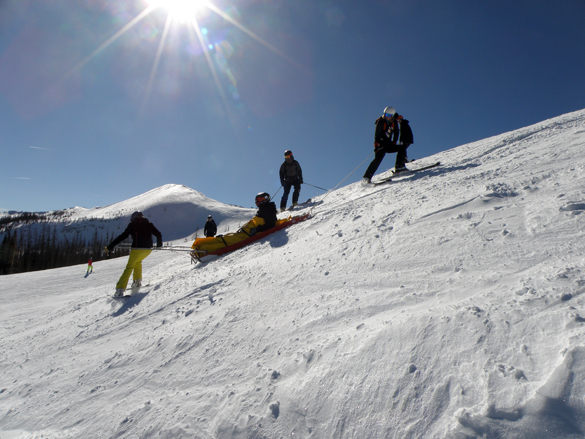