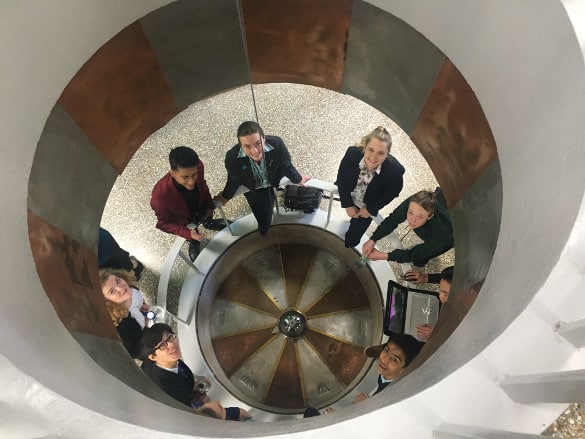 The JMHS Duo Interpretation Team of Annika Davenport and Caleb Schultz visit with other teams before a competition round at the New Mexico District Tournament in March at Albuquerque Academy. Courtesy photo
JMHS News:
The Jemez Mountain Home School Speech and Debate Team (JMHS) will end its 2017-2018 season next week with a trip to Fort Lauderdale, Fla., the site of this year’s National Championship Tournament.
The National Tournament is hosted by the National Speech and Debate Association (NSDA) and will run from June 17 to June 22. There Caleb Schultz will compete in Humorous Interpretation, presenting “Sesame, Life on the Street,” by Andrew Messer, as well as in Storytelling, bringing to life “Riddles in the Dark” from The Hobbit by J. R. R. Tolkien.
This will be the team’s fourteenth year qualifying students to compete at the National Tournament over its nineteen year history of competing with public, private, and charter schools students from across New Mexico. Caleb’s trip will cap what has been an exceptionally successful season for the team’s middle school and high school students who have competed in a wide range of events, including Student Congressional Debate, Lincoln Douglas Debate, Big Questions Debate, Humorous Interpretation, Storytelling, Duo Interpretation, Informative Speaking, Extemporaneous Speaking, Programmed Oral Interpretation, and Impromptu Speaking, earning many individual and team awards. In January, the team competed in the Cave Classic Tournament, hosted by La Cueva High School, and was awarded the Small School Sweepstakes Trophy based upon points earned.
The team is bidding farewell to Senior Annika Davenport, who will be continuing her studies at the New Mexico Institute of Mining and Technology in the Fall with plans to major in Physics and Computer Science. Annika has been the top ranked student in New Mexico for the past two years, and she is a nationally ranked NSDA All-American (highest ranking: 18th). Annika ends her high school speech and debate career having earned the NSDA Degree of Premier Distinction (the highest NSDA degree of recognition that a student can earn) and two state championships (one each in Original Oratory and International Extemporaneous Speaking). In addition, she represented the New Mexico District as a Senator in the 2017 National Student Congress.
Annika competed very successfully in a wide range of speech events, including Impromptu Speaking, Original Oratory, Duo Interpretation, Program Oral Interpretation, Extemporaneous Speaking, Humorous and Dramatic Interpretation and Storytelling, while additionally competing in Lincoln Douglas Debate, blazing a trail for the team in Big Questions Debate, and maintaining a challenging academic workload. In recognition of her academic achievement, this season she joined the ranks of the less than 1% of NSDA members who earn Academic All-American recognition.
In addition, at the 2018 New Mexico Speech and Debate Association (NMSDA) State Championship Tournament this past March, Annika earned Outstanding Presiding Officer designation in Student Congressional Debate, earning her the 2018 State Gavel. In recognition of her broad accomplishments and her dedication to mentoring students and promoting the activity, the coaching association honored Annika with its 2018 NMSDA Outstanding Student of the Year Award, named in memory of Army Sergeant and Valley High School graduate James C. Akin, who was killed in action in 2007 in Afghanistan during Operation Iraqi Freedom.
The team will gather to kick off the 2018-2019 season beginning in late August. Local home school students who are interested in joining the Jemez Mountain Home School Speech and Debate Team are always welcome. For additional information, please contact Coach Carolyn Connor. 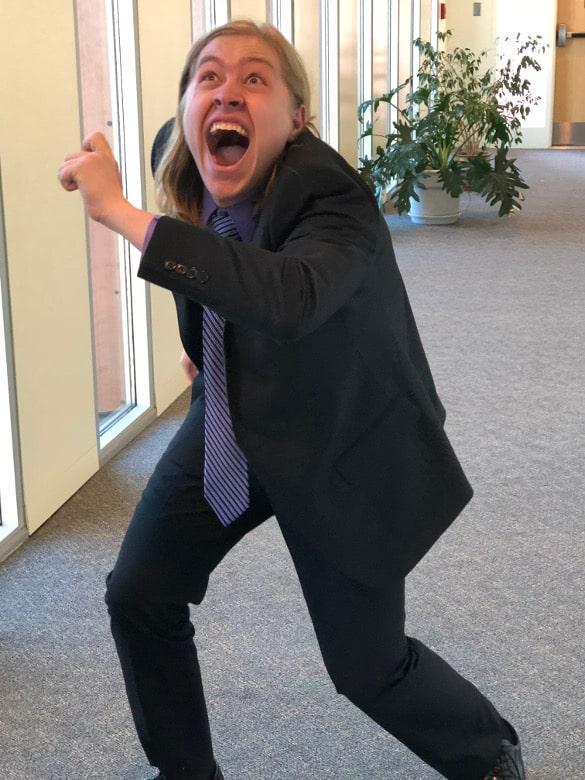 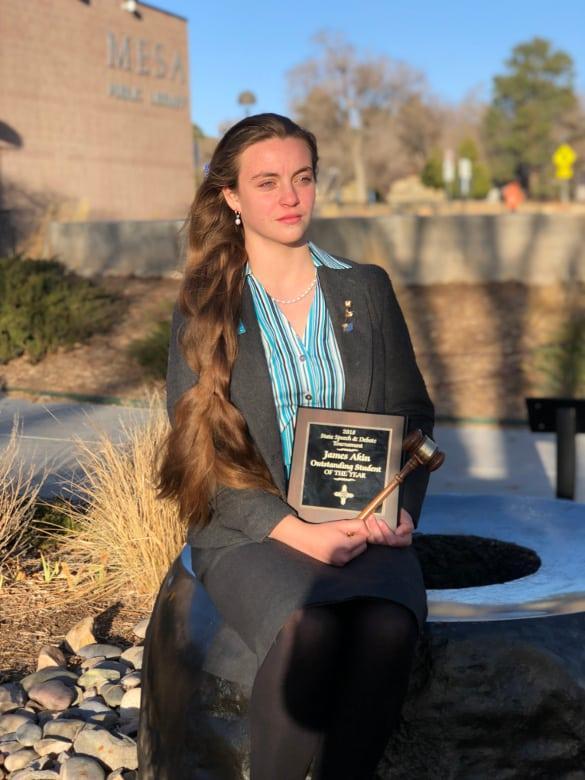 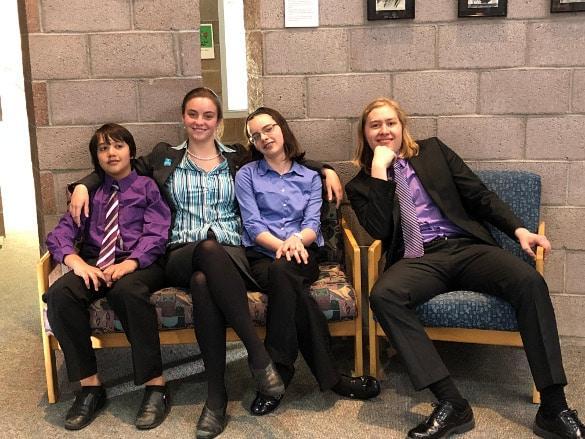