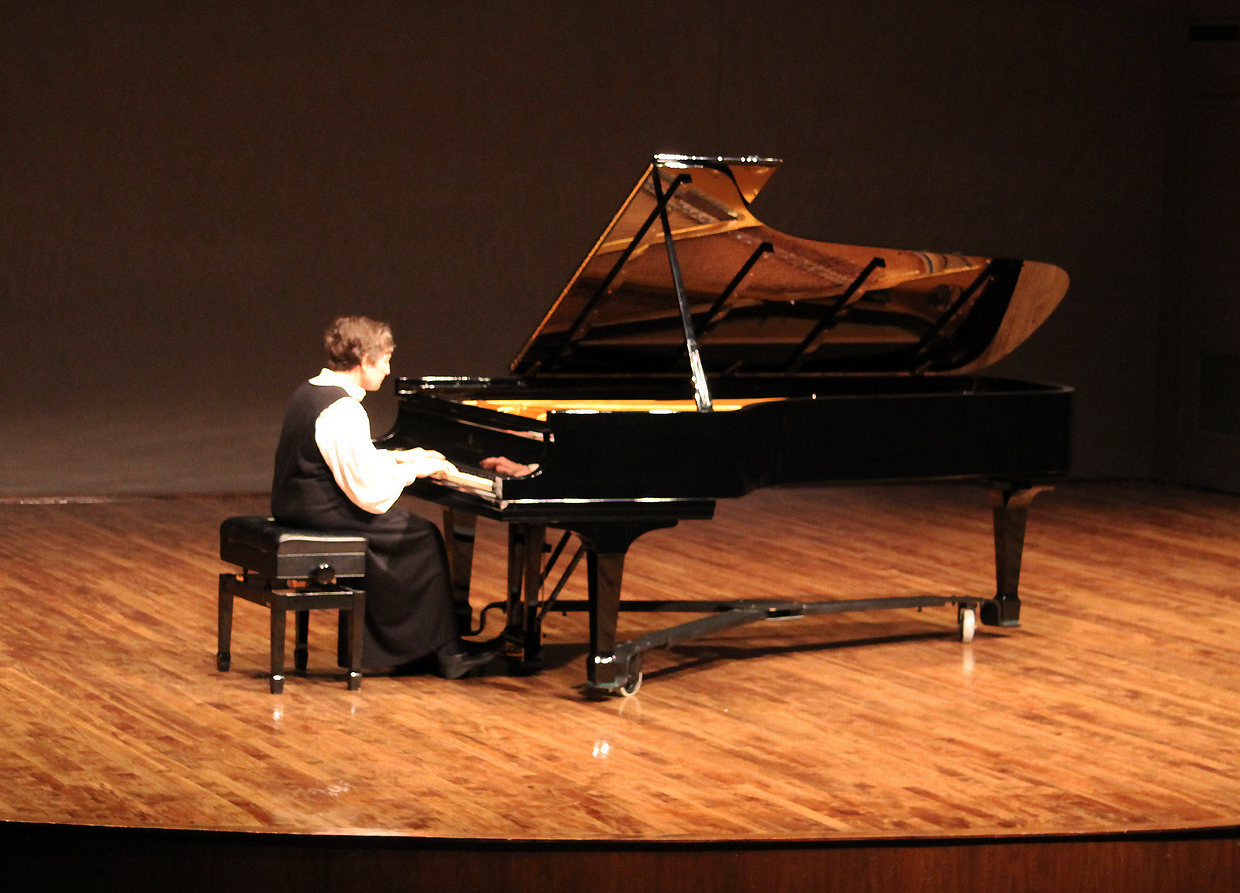 The Quintet is nicknamed “The Trout” because the fourth movement has variations on this Lied sung by mezzo soprano Pauline Schneider.

The unusual instrumentation for the quintet is:

Pauline Schneider, an import from Canada who came to the U.S. to study Music Therapy at Indiana University. After graduating in 1985 she married Greg Schneider, another UI musician and so far has remained a resident of this country.

They moved to New Mexico in 1999 and she has been the Executive Director for Los Alamos Retired & Senior Organization since 2001.

She also works for Los Alamos Visiting Nurses as a Hospice Music Therapist. She sings every Sunday at First Presbyterian Church in Santa Fe in the chancel choir.

Mary Helen Klare, holds degrees from Texas Western College (now UTEP) and the University of Colorado, Boulder, including a Level I Orff-Shulwerk Certificate from the University of Manitoba in Winnipeg. She taught orchestra in the Los Alamos Public Schools until her retirement in 2001 while maintaining a private teaching studio in her home. In 2006 she was honored with a Lifetime Teaching Award from the New Mexico Chapter of the American String Teachers’ Association for “decades of excellence in string teaching and dedication to the orchestra students of Los Alamos.” Many of her private and orchestra students have continued with music as an integral part of their lives. While in the Los Alamos schools, she enjoyed teaching talented students such as Kathy Gursky and Patrick Neher in her orchestra classes.

As a violinist she is a former concertmaster of the Los Alamos Sinfonietta (now the Los Alamos Symphony) and has played in the El Paso Symphony, the Santa Fe Symphony and the San Juan Symphony in the Four Corners Area. Currently she is a member of the Santa Fe Concert Association Orchestra and the Roswell Symphony, where she has served as Associate Concertmaster on occasion. Klare is also a published freelance writer. Her stories, poetry and reviews can be found in several area publications. An opera enthusiast, during the last two summers she has written reviews of Santa Fe Opera performances for The El Paso Times.

Kathy Gursky, is a native of Los Alamos. She started out on violin, studying with Pat Gambell, then switched to viola in her junior year in high school.  Along the way, she played in Mary Helen Klare’s junior high orchestra, so they go way back.

She has played in the Los Alamos Sinfonietta/Symphony Orchestra, Colorado Springs Symphony, University of Chicago Symphony, and is currently co-principal of the viola section of the Roswell Symphony Orchestra.  She also plays in various chamber groups, including performing chamber works with Concordia Santa Fe.

Now that she is retired from working as a librarian and database administrator at LANL, one of the best things is all the extra time she has to garden, read, embroider, and of course play viola. 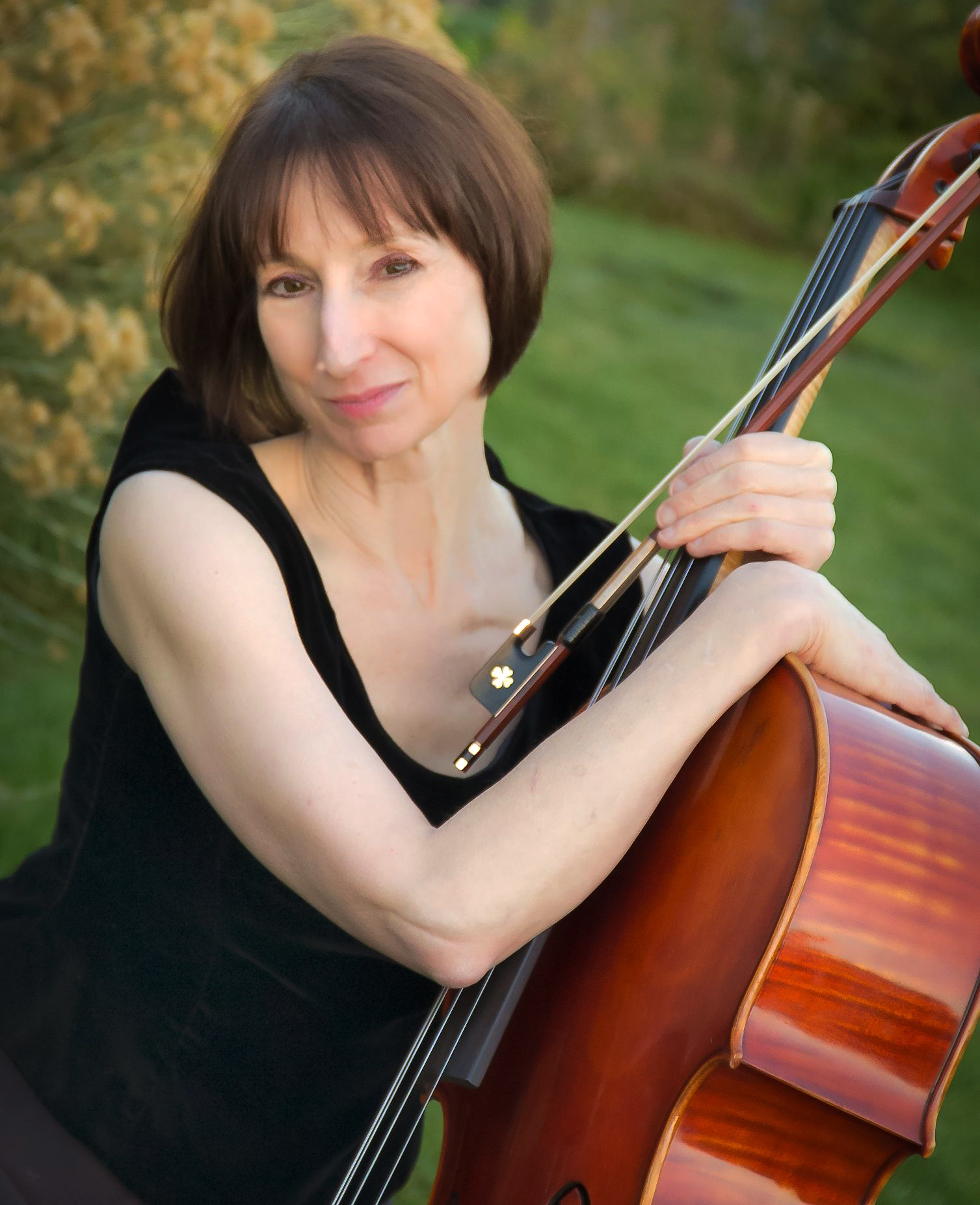 Rebecca Caron, Co-Artistic Director of Soundscapes, was born in Seattle, Washington, where she began her musical studies. Her primary teachers were Terry King and Charles Wendt at Grinnell College, Lev Aronson at SMU, and Joanna de Keyser at UNM.

She received a Hill Burton Music Award, Presser Scholarship, and Meadows Artistic Merit Scholarship. She served as cellist for the Caron Quartet, Oncydium Chamber Baroque, Moveable Music, Music from Angel Fire, and Bravo! Vail Valley Music Festival. She currently performs with the San Juan Symphony. She has taught at New Mexico Highlands University and Armand Hammer United World College and serves on the Board of Professional Music Teachers of New Mexico.

She lives in Valle Escondido with her husband David and four cats, and maintains a private teaching studio in Santa Fe. She gratefully performs on a cello made by her husband. 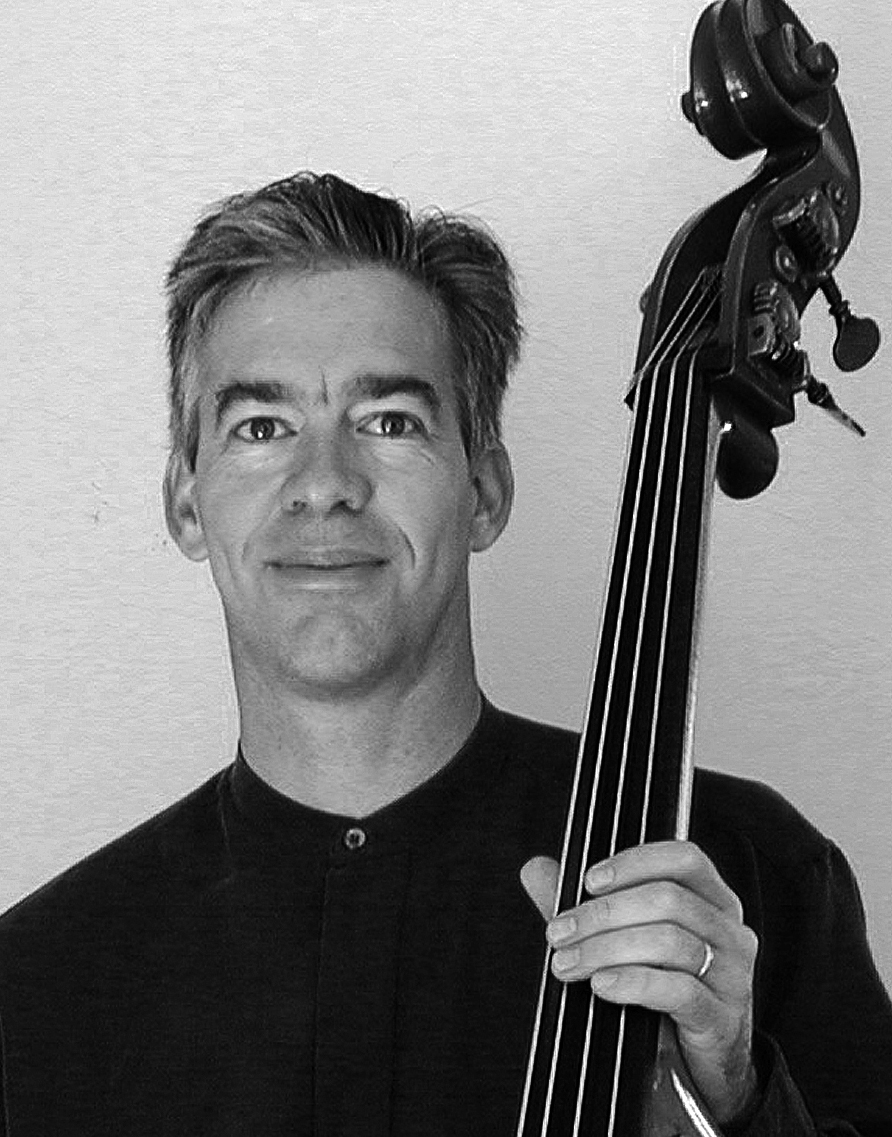 Patrick Neher, is a Los Alamos native, a double bass performer and professor, and is recognized as one of the world’s leading virtuoso soloists and composers of music for bass. He received his Master of Music Degree with Honors from the Juilliard School of Music in 1981. In 1996 he received a teaching and performance Diplome at the International Rabath Institute in Paris, France.

He was Professor of Bass and Multidisciplinary Collaborations at the University of Arizona from 1984-2012. He founded the Arizona Double Bass Symposium in 1988, and the Arizona Bass Players Festival in 2005. He is a former member of the San Diego Symphony, the New Mexico Symphony, the American Philharmonic, the New Orleans Symphony, the New 20th Century Players, and for 10 years he was Principal Bassist with the Tucson Symphony Orchestra. For two decades, Mr. Neher was Principal Bassist with the Orchestra of Santa Fe and Santa Fe Pro Musica Chamber Orchestra. 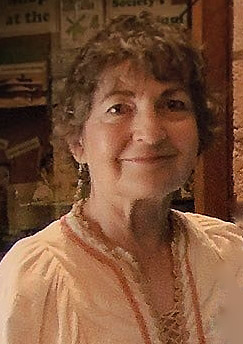 Juanita Madland, her favorite sound is Chamber music, where individual differences are resolved in a peaceful manner through this Universal language.

She was recently in the Madland Burward-Hoy Trio, director and performer of a United Service Organization (USO) in the Caribbean, received a BM with honors in piano and music education, and MM in piano performance under Belgian laureate Evelyne Brancart. She was winner of the New Mexico concerto competition with Beethoven’s Emperor. (Her student was the NM young concerto winner.) She played this and Chopin’s second Concerto and other solos with the LA Symphony, Albuquerque Philharmonic Orchestra and LaCrosse, Wisconsin orchestras.

She was Professional Music Teachers of NM 2002 Teacher of the Year. She has played in Europe a dozen times and won a Ted Mack National competition. She taught K-12 for 27 years and at UNM-LA 15 years.