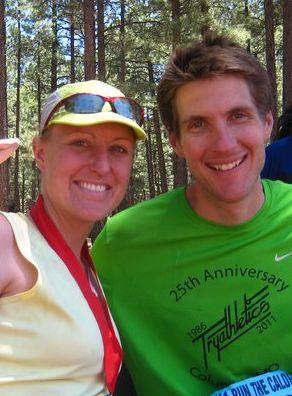 Whitney and Matt Dreier at the ‘Run the Caldera’ race at the Valles Caldera. Courtesy photo
Special to the Los Alamos Daily Post
A Los Alamos couple who ran Monday’s Boston Marathon recount their experience and try to make sense of the horrific terrorist attack near the finish line.
In 2008, Matt Dreier, from Missouri, and Whitney Spivey, from Virginia, ran the Boston Marathon.
They didn’t know each other at the time, and so when they were married in 2010, going back to Boston was on their list of things to do as a couple.
After qualifying in 2012, the Dreiers, now living in Los Alamos, decided to participate in the 2013 event.
The race went well for both; Whitney ran a 3:23:41, just 34 seconds off her personal best marathon time, and Matt finished in fewer than four hours – quite impressive for no training!
The duo reunited after the race in the family meeting area – below the letter “D” – where they swapped race stories and rested aching muscles.
But the wind picked up and the temperature became too cold for sweaty runners to sit around in the shade of Boston’s sky scrapers.
On the perimeter of the family gathering area – about a block and a half from the finish – they stopped to ask directions from a couple women.
At that time, they heard a low, loud rumble – almost like a thunder clap.They immediately looked at each other and then at the sky … but nothing.
After determining that their hotel was too far to hobble on sore legs, they called a cab. As they got into the car, they overhead pedestrians talking about an explosion.
Policemen nearby were speaking frantically into their radios. “About that time, sirens and helicopters seemed to appear from every direction,” Whitney remembers. “Policemen in cars, on motorcycles, fire trucks, etc. whizzed frantically through traffic toward the finish area. Roads were closed, and the cab had to take a longer route back to the hotel.”
They kept looking at the sky for smoke, but still no signs of the explosion were visible above the tops of the tall buildings. Back at the hotel, the Dreiers learned more details via the local news: two dead and 22 injured, then 54 injured, then more than 100 injured.

“It’s been a sad, scary day; we’re still trying to make sense of it all,” Matt says. “I’m grateful that we’re safe.” 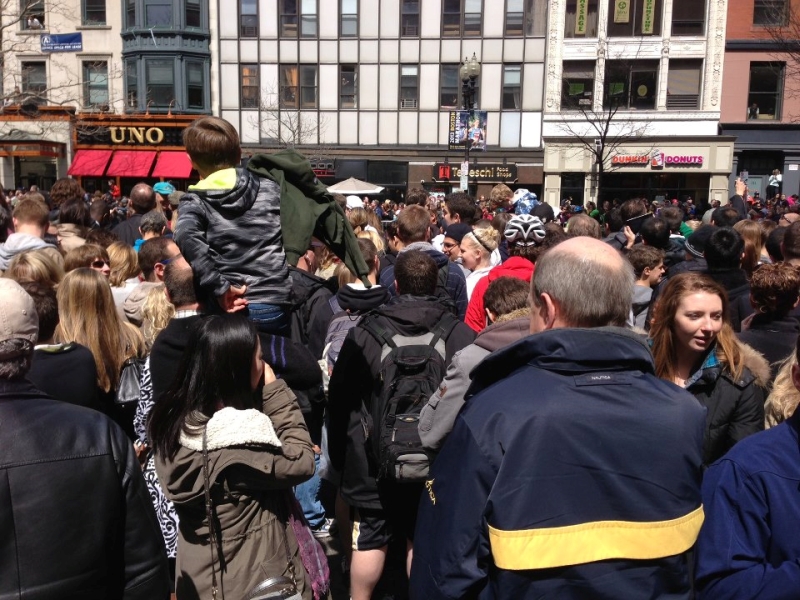