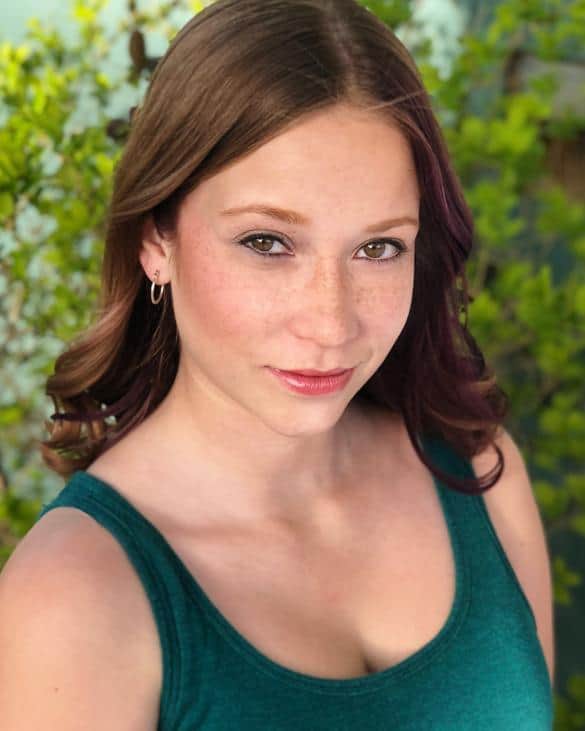 Los Alamos actress Nora Cullinan will perform on the Broadway stage Monday, June 24 in the Jimmy Awards. Courtesy photo
By BONNIE J. GORDON
Los Alamos Daily Post
bjgordon@ladailypost.com
Los Alamos actress Nora Cullinan bested 10 other New Mexico female high school students for the title of Best Actress in the Enchantment Awards May 4 at Popejoy Hall in Albuquerque, winning the opportunity to work with Broadway professionals and perform on a Broadway stage in the Jimmy Awards® in New York City.
The National High School Musical Theatre Awards® (NHSMTA®) program impacts more than 100,000 students who participate in high school musical theatre competitions sponsored by presenters of Touring Broadway productions throughout the United States.
Culllinan is participating in a week-long theatre intensive of coaching and rehearsals with industry professionals in preparation for a one-night-only talent showcase Monday at the Minskoff Theatre on Broadway.
Cullinan spoke about her experience during a telephone interview Friday with the Los Alamos Daily Post.
“There are 86 of us, divided into three medley groups,” Cullinan said. “I’m in the tribute medley. They try to make sure everyone gets to stand out at some point.”
Eight finalists will be chosen to perform their solo numbers live Monday at the Minskoff, ahe said. If Cullinan is chosen, she will perform “My New Philosophy” from “You’re a Good Man Charlie Brown”, the number that won her the Best Actress title at the Enchantment Awards.
The aspiring actors are staying on the New York University campus.
“New York is loud!” Cullinan said. “I haven’t gotten used to it yet.”
The young thespians are competing for scholarships, but the real prize is the opportunity to perform in front of casting directors and other theatre professionals in the audience Monday night, Cullinan said.
Cullinan comes from a family of performers. Her mom, Jess, and dad, John, are often seen on the stage in various Los Alamos productions.
“My first show was ‘The Sound of Music’ with the [Los Alamos] Light Opera when I was eight,” Cullinan said. “The whole family was in it.”
At first being on stage was just something her family did, but it became her passion, she said.
Cullinan has been on stage with the Los Alamos Little Theatre and Light Opera. She’s taken part in productions with the Olions at Los Alamos High School during the past four years, including a number of starring roles. Cullinan also was an apprentice with New Mexico choral group Coro de Cámara.
In the fall, Cullinan is headed to Loyola University in New Orleans where she will study classical voice performance.
“I want performance to be a big part of my life,” she said.
The Jimmy Awards will be streamed live at 5:30 p.m. Mountain Time Monday at https://www.jimmyawards.com/. Watch and cheer for our hometown actress!
Menu
Los Alamos
72°
Clear
5:50am8:25pm MDT
Feels like: 72°F
Wind: 16mph W
Humidity: 29%
Pressure: 29.87"Hg
UV index: 0
ThuFriSat
84/61°F
82/59°F
77/57°F
Weather forecast Los Alamos, New Mexico ▸