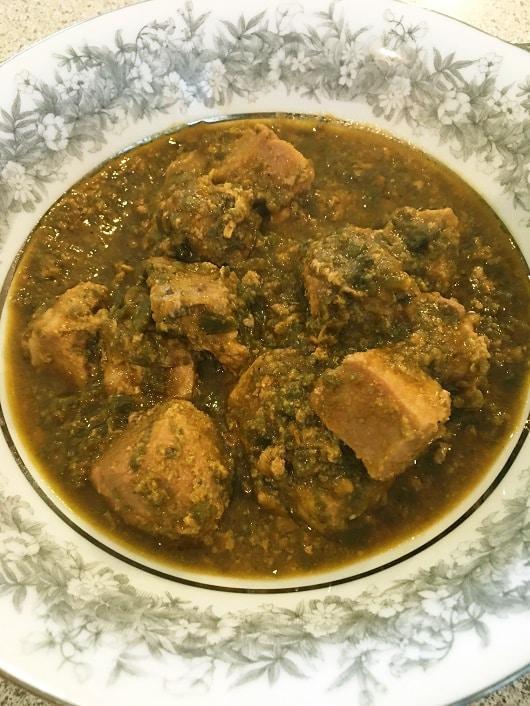 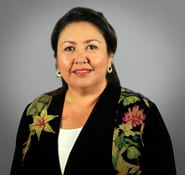 Carne Adovada plays an essential part in northern New Mexican cuisine, a braised red chile pork dish that we all crave, especially close to the holiday season. But, have you ever heard of green adovada? I’m sure it likely existed somewhere out there in the last century or so, but I’ve never encountered a recipe for it nor have I seen it on a restaurant menu.

Back in the day, before families had freezers in their homes, Norteños dried a variety of fruits and vegetables on screens to preserve and store food for winter use in addition to canning everything imaginable. When dried, this food was then reconstituted for use. I remember screens of green chile that had been roasted and peeled drying in the hot sun alongside screens of zucchini or peeled and sliced apples my Grandma called orejones (ears) because of their shape. Later in the winter, Grandma would take a few dried chile pods out of a sack and add them to a stew and soak orejones to make apple-cinnamon empanadas. The texture was quite different and the form pleasant to cook with as it added an element of intensified flavor and creativity to the mix.

I still can and dry food like my Grandma did and my husband now makes beef jerky at home. It is a nutritious and delicious light weight snack that slides into your pocket for hiking trips and gives you a protein punch. Since I love green chile, he often uses green chile powder for my carne seca batch. At some point he ended up with a bag of coarsely ground dried green chile caribe. Neither of us could remember where it came from when we encountered it in our pantry. So, when I mentioned to him that I was going to work on my carne adovada recipe for a future column, he said that I should do a green version and use that chile before it gets old. He also said that I should patent my recipe after tasting the first batch I made but, instead, I will share it with you and include it in a future cookbook. I love a good challenge!

Cut pork into large cubes and place in enameled Dutch oven. Season with salt and pepper and sprinkle half the green chile caribe covering pork on all sides. Set aside.

Pre-heat oven to 450°. In a cast iron skillet, roast tomatoes, garlic and onions drizzled with olive oil and seasoned with salt and pepper for 25 minutes. While the aromatics are roasting, pour two cups of Chicken stock into the blender and add the partially thawed green chile to it and purée. Add the aromatics to the mixture in the blender when they are finished roasting and purée until smooth. Gently pour over the pork, sprinkle remaining green chile caribe over top, cover tightly with lid and refrigerate for at least 24 hours.

Allow pot to come to room temperature (about an hour) before cooking. Preheat oven to 325°. Gently add the two remaining cups of chicken stock to the pot (don’t stir or disturb contents) and cook for about three hours or until pork pulls apart with a fork. Stir and serve with warm tortillas.