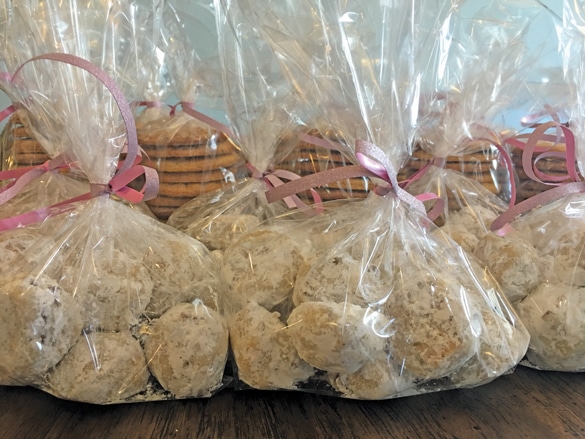 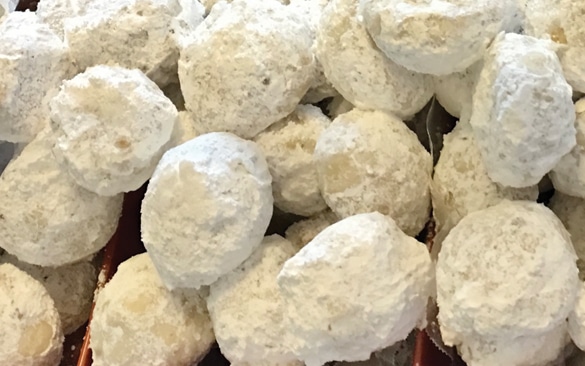 Few culinary treats are as universal as the Mexican Wedding Cookie.

Known by many other names and home in many other places, including Eastern and Western Europe, these powdery little treasures are also known as Danish Wedding Cookies, Russian and Swedish Tea Cakes and as polvorones (dust bunnies) in Spain.

These buttery nuggets packed with crunchy pecan pieces are traditionally served at Mexican weddings and so, it is likely that their American name, Mexican Wedding Cookies, came from that knowledge despite the fact that in Mexico and Spain they are called Polvorones.

These delicious cookies originated in the Andalucía region of Spain same as where mantecados were developed (re-read my Jan. 2019 column on Bizcochitos) as they are both short bread cookies shaped as crescent moons. Polvorones made in Spain traditionally are made with almonds, but pecans were native and much more readily available in 16th Century Mexico when the cookie arrived with the colonists.

Somewhere along the way someone modified the recipe to substitute pecans for almonds, rolled them into balls instead of shaping them into crescent moons, covered them in powdered sugar and, like magic, a new cookie was born!

Since June is when the Wedding Season begins, these delicious and festive morsels would be ideal party favors to leave in pretty cellophane wrapped packages on guest tables to nibble on later. They disappear very quickly but, take my advice and make them small enough to pop into your mouth all at once and be done with it. They will crumble if you try to take a delicate bite and leave an awful, powdery mess in their wake.

Preheat oven to 325˚ F.
In a mixing bowl beat butter on medium-high speed for a minute. Add about half the flour, the sugar, vanilla, and water; beat until combined then add in the remaining flour until incorporated. Stir in the chopped nuts.
Shape dough into 1-inch balls and place on ungreased cookie sheets.

Bake for 20 minutes, or until bottoms are lightly browned. Cool on racks. I small batches, gently shake cooled cookies in a paper bag with the powdered sugar.
Makes 3 dozen. 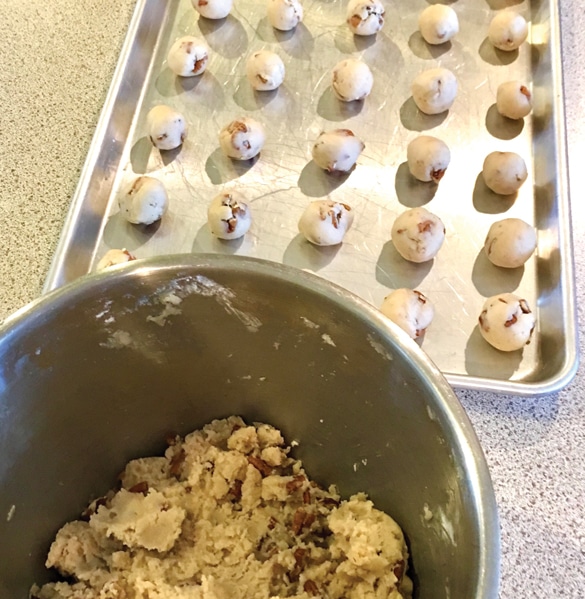