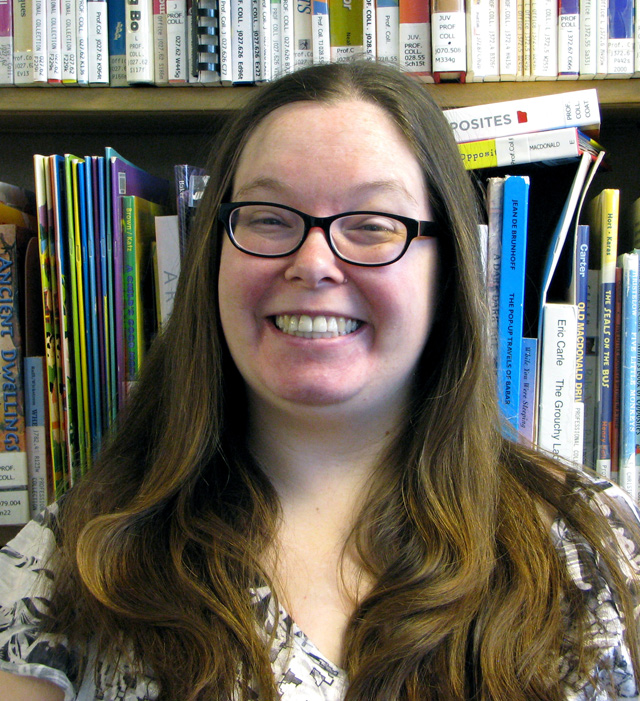 At the Los Alamos County Library System, there is no doubt who rocks with kids of all ages. It is Head of Youth Services Angie Manfredi.

From newborns to teens, Manfredi knows just exactly the right book for parents, kids and teens and she finds the most fun ways of letting them know, too.

From bestowing book magic with her wand while wearing a tutu at the local Farmer’s Market to finding the best, cool techie tools and websites for teens, Manfredi has limitless enthusiasm for transforming kids into lifelong readers and library lovers.

This year, the rest of the country knows just how great Manfredi is, too. She has won an award for devising one of the top 25 programs for teens nationally in 2012 from YALSA, the Young Adult Library Services Association.

Her special program, a one day teen library lock-in event during Teen Tech Week, featured a ‘bingo card’ in which participants had to complete each of 15 challenges.

Not only do the participants now know how to do lots of cool stuff, but also how to quickly find what they’re looking for as well as the best, most reliable information online.

The Library staff would like to congratulate Manfredi on her award.

Manfredi is a life-long New Mexico resident who has worked in Los Alamos for the past six years. She was raised in Raton, N.M., where she worked at the library as her after school job in high school.

Less than two months later, she began work with Los Alamos County Libraries as the head of Youth Services.

Some of Angie’s proudest achievements during her time with Los Alamos County Libraries are, with the aid of her “amazing colleagues,” helping to reinvigorate teen programming and launching the Every Child Ready to Read program, focused on early literacy skills.

Manfredi is active professionally on a national and local level. She is a member of the American Library Association and has served on numerous selection and process committees on behalf of the Young Adult Library Service Association. She has presented at professional library conferences in nine states (with the 10th state scheduled for this summer) and published articles in professional journals.

Manfredi has a great passion for librarianship and, especially, working with children and teens in a library setting. She said she feels lucky to be working in Los Alamos, a community full of eager and engaged learners.

“Regardless of the cliché, reading truly is one of my favorite pastimes and I adore conversations about books with people of all ages!,” Manfredi said.

Her favorite hobby is film and she spends her annual vacation attending the Toronto International Film Festival. Her expertise is a great asset in helping to select films for the long running Mesa Public Library Film Series.