Letter to the Editor: Hall Decent But Richard Far Superior 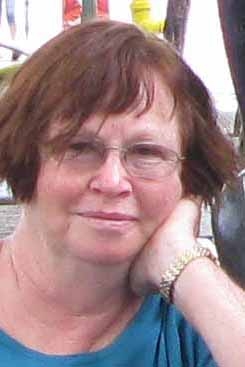 Jim Hall is a decent person, but we have a far superior Democratic candidate by the name of Stephanie (Garcia) Richard, who is running against him for representative to the New Mexico House of Representatives (Dist. 43.)

Jim Hall has been in the job as an appointee and has supported Republican issues even at the expense of Los Alamos County during the brief tenure of his appointment.

After it was revealed that a press release from Jim Hall claiming endorsements from Democratic Senators was not accurate, I found myself disappointed in Jim Hall’s campaign.

He, and his campaign, chose to send out a misleading press release, which stated that Democratic State Senators “support … Jim Hall in his campaign for State House of Representatives
[emphasis added].”

Appointed Rep. Hall subsequently apologized for “any misunderstanding” stating that he did not mean they had endorsed him.

But clearly, Mr. Hall expected this statement to be interpreted as an endorsement by Democrats, which he did not have.

I was also disappointed to receive misleading mailers about Jim Hall that are funded primarily by Oil & Gas Companies. In addition, I have received telephone surveys that misrepresent Stephanie Richard’s policies.

An issue that Stephanie supports, and which I favor is “Combined Reporting.” Combined Reporting closes the “Out of State Corporate Tax Loophole” and it is a matter that concerns all of our local businesses.

As the law now stands, a corporation that operates in more than one state, can choose which state to pay state corporate income taxes in.

Naturally, large companies choose to headquarter and pay their taxes in the states with the lowest tax rates.

The new combined reporting law would have stopped that practice. It would require large companies such as WalMart and Starbucks to pay New Mexico state tax on what is earned in New Mexico.

The 2011 bill being referenced is SB0001, and is commonly called the “In-State Preference Bill.” It was introduced by Democratic State Sen. Tim Keller and passed unanimously before being signed by the Governor.

So while Jim Hall claims credit for the bill, what he’s really trying to do is mask his vote against “Closing the Out-of-State Corporate Tax Loophole” also called the “Combined Reporting” bill that would have helped our local businesses.

How can we trust him to represent our interests if Jim Hall and the out of district Oil & Gas Companies that support him appear to be purposely misleading the voters in our district?

Jim Hall advertises that he is “above petty politics.” It appears this is not the case.