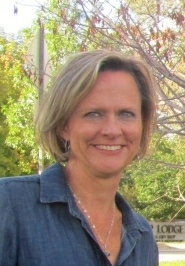 Since I am running for a seat on the County Council, I would like to clarify my position about projects that have already gone through the community vetting process and been approved by Council, as my attendance at a recent Ashley Pond project meeting was noted in a recent front page article in the Monitor.

I am in favor of moving forward with projects that have already had public input and then are approved by Council. That includes this one.

The meeting I attended was about the Ashley Pond project, which includes improving ADA access, revitalizing the pond itself, and putting the base for a stage over the pond with a removable cover. It was a “30 percent” meeting.

At the meeting, I questioned whether we couldn’t put the stage up on the flat grassy area northwest of the pond, where the stage for one of the last Gordons’ concerts had been put.

The truth is that I misunderstood the meaning of a “30 percent” meeting – it is one in which details are refined, not big picture issues addressed.

As was apparent at the meeting, I was not alone in that misunderstanding.

The additional truth is that this project has already had a large number of meetings over a number of years. I personally missed those meetings.

This project has already gone through our process, had years of public input, and been approved by Council, and I believe based on that process it should go forward, as should any others in that category.

I also think, however, unfortunately, that I am not alone in town in missing meetings at the earlier stages or not understanding exactly where things are in our process.

Since I followed other CIP projects, it is on my own shoulders that I happened to not attend meetings about this project.

However, I do think in general as a community, we often have a communication gap between the County Council and the town, and that oftentimes people feel uninformed about what issues are under discussion or where things are in the process.

I do believe the County government, and under the direction from Council, makes an effort to involve the town – there are public meetings and displays of information – and I also believe our citizens want to be informed. Figuring out where this breakdown occurs, then, and how we can fix it is an important issue for our community to address.

In the meantime, I believe we work with the processes we have. This project has gone through those processes, and has been approved by Council.

It may not be exactly what I might have picked – although who knows, when built, I might love it more – but it definitely needs to move forward.

Also, I apologize to those who have worked so hard for so many meetings and years on this project, to come along at this late date with “corrections.” Thank you for all your work on this project.