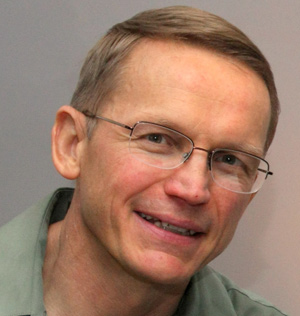 In 1954, seven workers in Los Alamos lost their lives as a result of three high explosive accidents.

It is not a well-known event. In fact, at the time, even the workers’ families were not given a lot of information.

Times have changed, however, and Cary Skidmore, a group leader for the Explosives Division at Los Alamos National Laboratory, is sharing the story with the public.

Skidmore said he began researching this little-known tragedy because he “became concerned that as an institution, we have forgotten these men.”

Things have changed and safety has increased as a result of the accidents in 1954, Skidmore said.

The accidents led to the program switching from TNT to plastic bomb explosives, no longer working with one explosive in large pieces as well as a change in handling practices, he said.

Skidmore noted that things have changed at LANL.

“Today, it’s a strong safety culture. I think I’m very pleased with the way things are and where they’re going in safety and explosives,” he said, adding that there is peer pressure to make sure everyone follows the rules.

“Everyone wants to go home at the end of the day.”

While the Laboratory has gotten safer,  Skidmore wants to remind everyone how this feat was achieved.

He explained that his talk is, “not just a presentation of facts. There’s a human aspect to this story and I want to promote that aspect.”

Skidmore said awareness is growing about the accidents in 1954. Several memorial plaques have been installed in the areas were the accidents occurred.

This is Skidmore’s first time speaking in the Historical Society’s lecture series. He said he is expecting a mix of participants, including some of the seven workers’ family members, historians and explosives workers.

Skidmore said he is grateful to tell this important story as well as for the opportunity to meet some of the workers’ families.