Learn About Down Syndrome 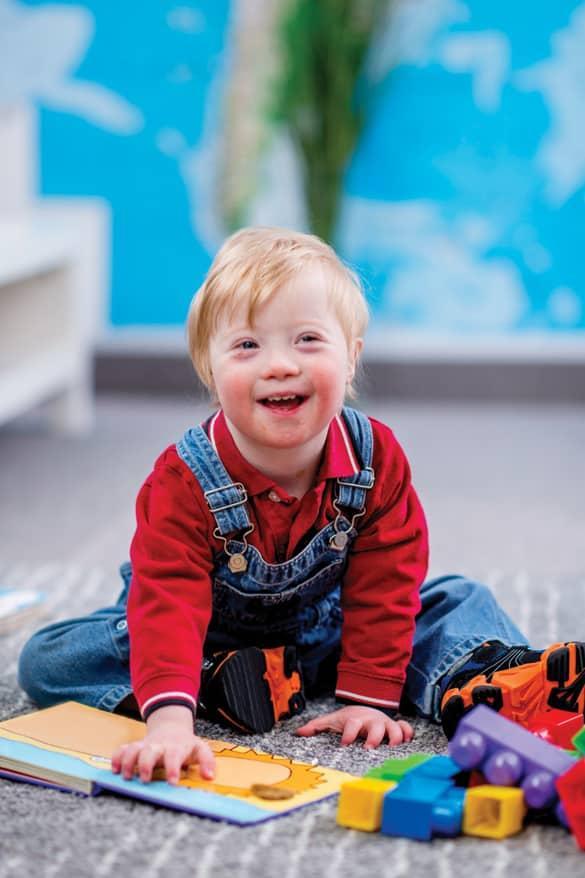 What is Down Syndrome?

Down syndrome is a condition in which a person has an extra chromosome. Chromosomes are small “packages” of genes in the body. They determine how a baby’s body forms during pregnancy and how the baby’s body functions as it grows in the womb and after birth.

Common physical features of Down syndrome include:

Types of Down Syndrome

Screening tests often include a combination of a blood test, which measures the amount of various substances in the mother’s blood (e.g., MS-AFP, Triple Screen, Quad-screen), and an ultrasound, which creates a picture of the baby. During an ultrasound, one of the things the technician looks at is the fluid behind the baby’s neck. Extra fluid in this region could indicate a genetic problem. These screening tests can help determine the baby’s risk of Down syndrome. Rarely, screening tests can give an abnormal result even when there is nothing wrong with the baby. Sometimes, the test results are normal and yet they miss a problem that does exist.

A new test available since 2010 for certain chromosome problems, including Down syndrome, screens the mother’s blood to detect small pieces of the developing baby’s DNA that are circulating in the mother’s blood. This test is recommended for women who are more likely to have a pregnancy affected by Down syndrome. The test is typically completed during the first trimester (first three months of pregnancy) and it is becoming more widely available.

Diagnostic tests are usually performed after a positive screening test in order to confirm a Down syndrome diagnosis. Types of diagnostic tests include:

These tests look for changes in the chromosomes that would indicate a Down syndrome diagnosis.