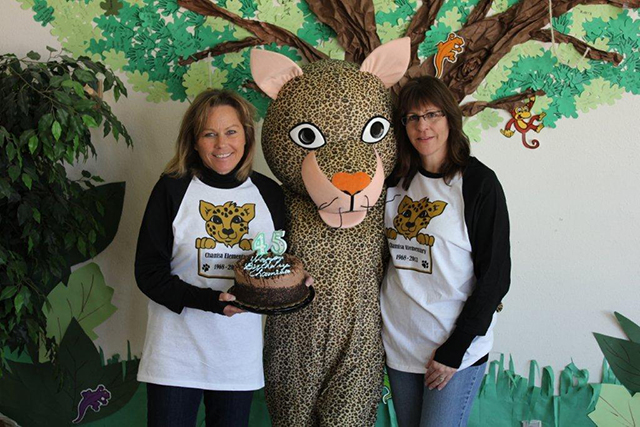 The Los Alamos School Board selected Bernadette Lauritzen as its nominee for the 2013 New Mexico School Board’s Excellence in Student Achievement Award.

Superintendent Gene Schmidt said Lauritzen’s nomination was sent to the New Mexico State School Board Association because she has made a significant impact in student achievement for the Los Alamos schools.

“Not only is Bernadette known for her many volunteer hours, she is known for her commitment to promoting student achievement as well,” Schmidt said. “She is active in promotion of Rachel’s Challenge, which deals with bullying in schools, 40 Assets (which remind us of the good things about ourselves), and Cookies and Conversation that connects students to adults in meaningful inter-generational conversations.”

Lauritzen attributes her volunteer spirit to her parents, who were very involved when she was in high school. She credits her husband, Chad, for a strong belief in community volunteerism.

“Chad is often seen at schools demonstrating a wide variety of scientific experiments that seem to defy gravity and make lots of noise,” Lauritzen said.

She said that Becky Sims encouraged and welcomed her to volunteer as a young mother new to school.

“Children are our future,” Lauritzen said. “Children will only glow as bright as we want them to be.”

Schmidt said, “As a school and community, we are grateful for the Bernadettes of the world. They are special people that we couldn’t do without.”