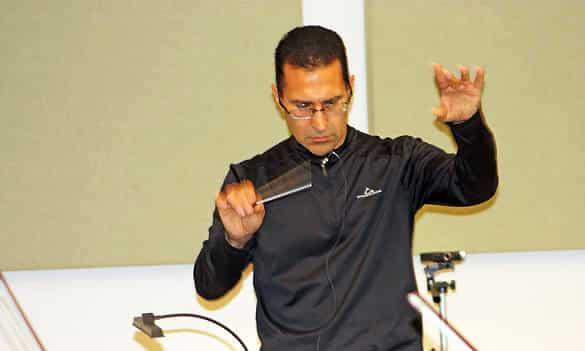 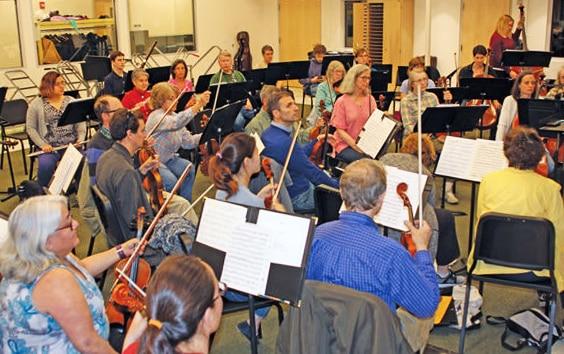 The Los Alamos Symphony Orchestra (LASO) is delighted to present “A Spring Celebration of Show Tunes” as its Spring Concert. The concert will be under the direction of conductor David Chavez, at 7 p.m. Friday, April 20 at Crossroads Bible Church, 97 East Road.

Selections from a variety of Broadway productions and operas will be sung by well-known local soloists, Tjett Gerdom, baritone; and Jennifer Perez, soprano; and played by the orchestra. These two fine soloists recently worked together in the Choral Society’s February performance of Orff’s Carmina Burana, and last summer’s Opera In The Rocks at Bandelier. The music for this evening will please the ears of all who come and almost fits the category of pops concert music because of its familiarity.

The concert was conceived last year by both Chavez and Gerdom together as a way of honoring American born composer, conductor, pianist, and author Leonard Bernstein in his 100th birthday year. Featured songs are from Bernstein’s opera, “Candide,” (being performed as the opening work at the Santa Fe Opera this summer), and beloved songs from the Broadway show “West Side Story.” Gerdom, who graduated with a degree in conducting, made the comment that Bernstein is one of his personal heroes, and he loves to study his videos and recordings noting the way he conducted and interpreted the music, his technical and artistic styles. 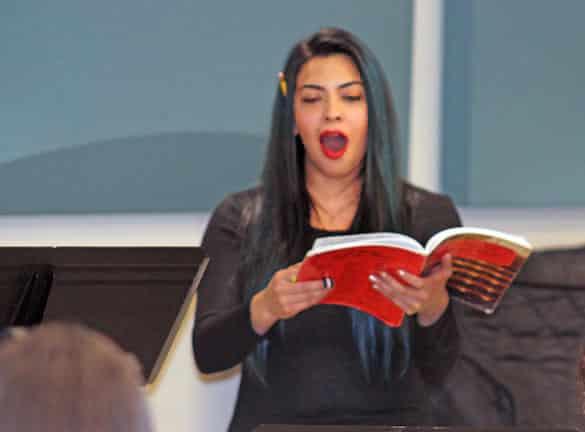 Perez and Gerdom became acquainted as graduate students at University of New Mexico and have worked together musically several times since. Perez holds a master’s degree with a focus on vocal performance. She has performed lead roles several times with the Santa Fe Opera Community Outreach Programs and has sung a number of operatic roles including Gretel in Humperdinck’s “Hansel and Gretel” and Queen of the night in Mozart’s “Magic Flute.” Her outstanding voice has the qualities of clarity, freshness and a beauty that listeners enjoy.

Gerdom grew up in Iowa, and went to Cornell College (Iowa) on a trumpet scholarship before coming to New Mexico. He studied voice in college along with conducting and has been a featured soloist with several groups in this state, including the NM Bach Society, the Santa Fe Community Orchestra, Coro de Camera and others.  He said he is delighted to work with LASO again, having conducted the group for the 2016 Holiday Concert and played trumpet with the group numerous times. His delightful interpretations of music bring interest and a newness to his performances.

Other works to be performed in this Spring Celebration will be songs from “Phantom of the Opera” by Andrew Lloyd Webber, Mozart’s “Magic Flute,” and songs from current productions of “Spamalot” and “Sweeney Todd.”

The concert will definitely have a spring like feel to it in contrast to the usual symphonic presentations, but will appeal to all who enjoy musical theater at any level. There is no charge, but donations are always appreciated.