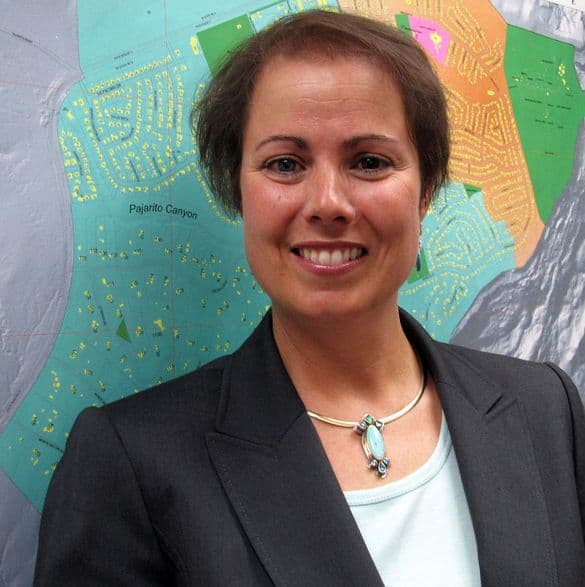 Los Alamos Public Schools has created an “assets manager” position in an effort to find cost savings opportunities for the district.

Ahlers was instrumental in negotiating contracts beneficial to the district during her four-year tenure on the Los Alamos Board of Education from 2007-2011.

“The need for this position is something that has been talked about for at least six years,” Schmidt said. “Now it’s more important than ever with Trinity Site coming on board and the district owning its own office. Our business director, John Wolfe is busy with the financial aspects of the district and to add writing contracts with DOE to his duties is too much.”

Schmidt explained that the current school board anticipated the direction the district was heading and wrote the assets manager position into the current budget.

“We can’t be thinking big and managing small,” Schmidt said. “There are too many negotiations coming up that are critical to the district and its future.”

“I’m very excited about the position – the job description is a direct match up with my skill set,” Ahlers said. “My personal goal is to save the district my salary – three times over – in the first year.”

She explained that she plans to accomplish this through assertive contract negotiations where the district “would have accepted the status quo” and where she can utilize her negotiation tactics and best business practices.

Another way is through minimizing expenses and maximizing revenues from the district’s leased facilities. And finally, through negotiating lease agreements for the vacant facilities owned by the district.

Ahlers, 44, has a background steeped in business experience. She has created four small businesses, expanded and sold them.

Schmidt described finding Ahlers during his search for an assets manager.

“It was one of those fortunate moments when you are looking for a particular skill set and that skill set walks in the door,” he said. “Ms. Ahlers is familiar with the district and has an appreciation for what the district is trying to do and is involved in our strategic plan to maximize our facility usage. Her background with the Trinity Site Project and developing lease agreements will really benefit our school system, and in the process will save taxpayer dollars. With more money we can do more for our students, teachers and schools.”

Schmidt also said that having a skilled assets manager will provide the district with opportunities to develop partnerships with the County and Los Alamos National Laboratory.

“She understands contracts and she knows the players,” he said. “She also has a construction background and I appreciate how quickly she’s jumped into the role and introduced the staff to the highest and best use practices for district square footage. She is definitely saving this district money.”

Ahlers was born in California and grew up on the north side of New Jersey. She holds a Bachelor’s Degree in Business Administration.

Married to Gary Ahlers for 20 years, the couple has lived in Los Alamos 10 years and has four children. One child is in college and the other three attend Los Alamos Public Schools.