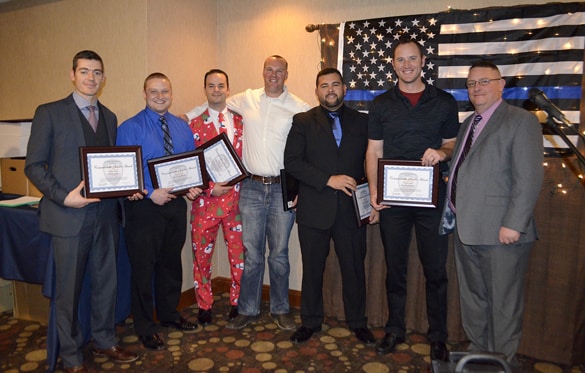 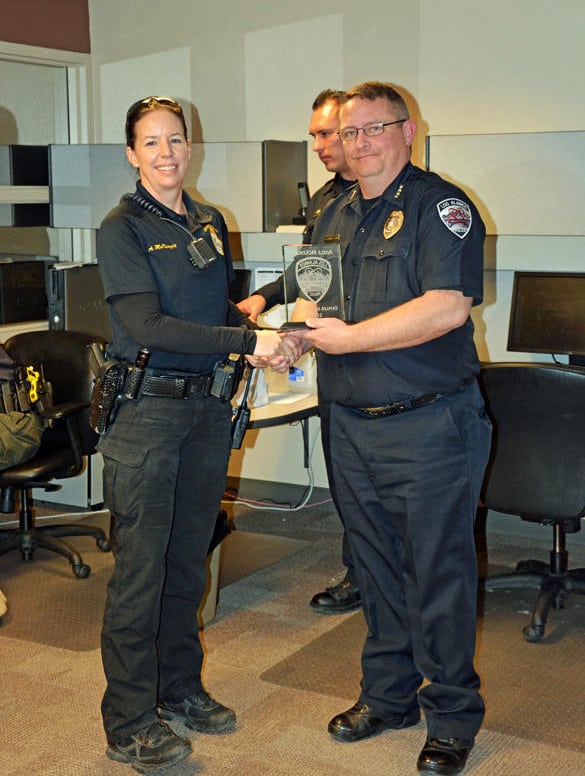 The Los Alamos Police Department has announced the names of those who received awards during its annual banquet honoring employees for their outstanding performance, dedication to their profession and service to their community.

“It is important the recognize our employees for going above and beyond what is expected of them during day to day operations,” Police Chief Dino Sgambellone said.

Fifty four awards were presented recognizing employees for outstanding customer service and initiative. Recognition was given for such achievements as intercepting contraband before it enters the Los Alamos Detention Center, making the national accreditation process for the Department a success and saving a life as well as numerous other awards for community and administrative achievements.

Sgt. Tim Lonz, Cpl. Jay Eakins and Cpl.Ben Hinrichs were each presented with the Medal of Merit for their bravery and compassion while responding to a tragic hiking accident. Cpl. James Keane received a Life Saving Award for assisting in a medical episode.

Additionally, the following employees were recognized as Employees of the Year for their respective sections:

Dispatcher of the Year: Anthony Cardena

Detective of the Year: Ryan Wolking

In announcing the awards, Cmdr. Preston Ballew said LAPD employees are proud to serve the community.

“We will continue to honor our commitment to those we serve through exceptional performance,” he said. 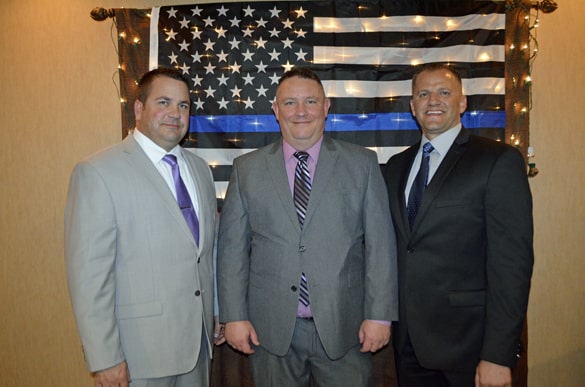 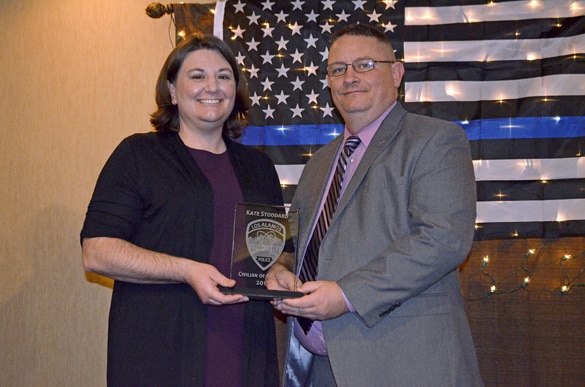 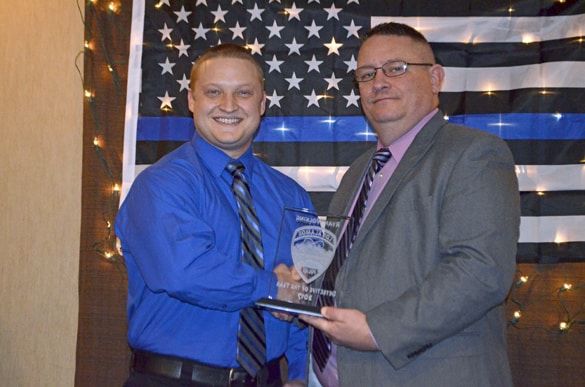 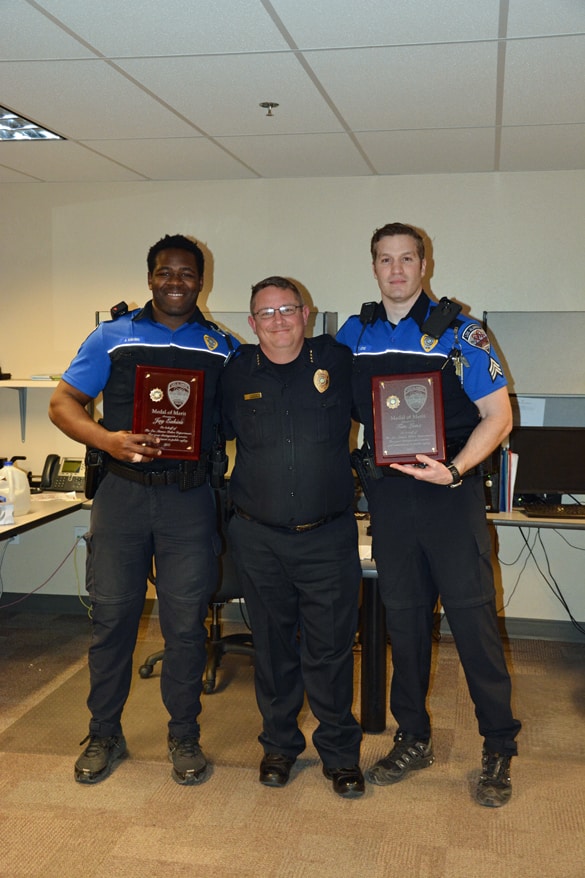 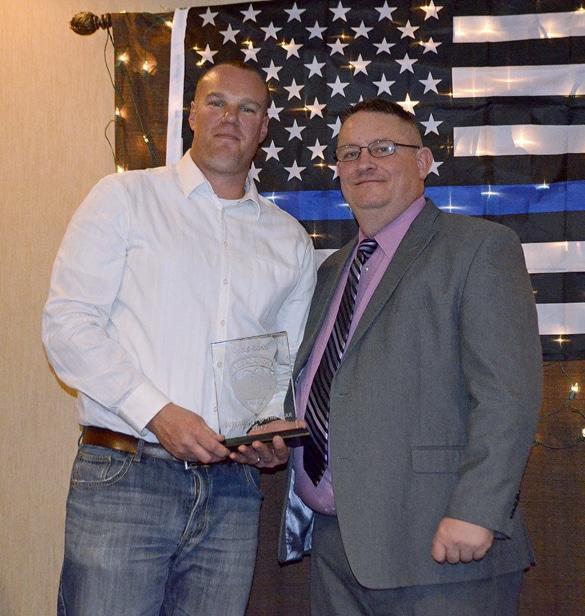 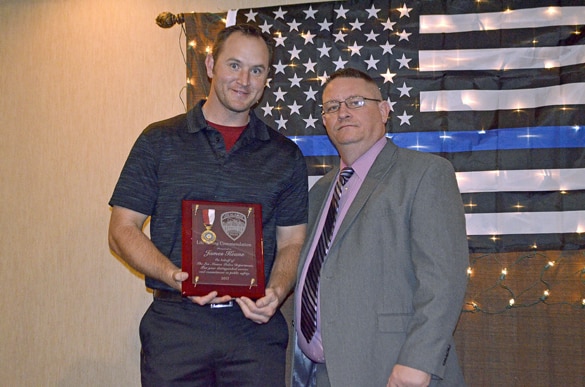