LAPD And Friends Of The Shelter Part Ways 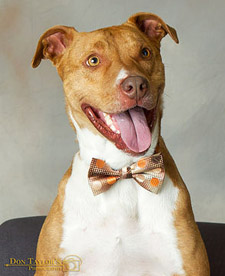 The Board of Los Alamos Friends of the Shelter late last week announced the indefinite suspension of its volunteer program in support of the Los Alamos County Animal Shelter.

A statement released to local media says the Board feels this is an appropriate time for the Friends to “focus exclusively on assisting privately-owned companion animals and their families and private rescue organizations, including groups such as Dew Paws Rescue, McKinley County Animal Rescue, and Otero County Animal Rescue”, which they already support.

The statement says that since 1999, the Friends have provided the Animal Shelter with canine and feline foster homes, thousands of dollars for shelter animal medical care, shelter animal enrichment, shelter animal welfare care, and other assistance as requested by Shelter staff.

The statement emphasizes that the Friends are not suspending their “long-standing, ongoing support of spay/neuter programs and catastrophic medical care assistance for privately-owned companion animals”. It says the Friends plan to continue their traditional fundraising effort, including the Annual Dog Jog and the Animal Alumni Calendar. It suggests that people wishing to volunteer at the Shelter should contact the Los Alamos Police Department.

An email obtained by the Los Alamos Daily Post, which was sent to volunteers by Friends president Wendee Brunish June 22 paints a slightly different picture of the situation between the Friends and the Los Alamos Police Department. It says based on the treatment of a Friends representative at a recent Shelter staff meeting and “frequent, ongoing, unsubstantiated complaints about volunteer action and because our volunteers were not being treated with courtesy and respect” the Board has made a “difficult decision” and voted to suspend the Shelter volunteer program and will no longer sponsor or run a program for volunteers at the Shelter.

The email alleges that the Friends continually receive complaints and threats about their volunteers “while these same volunteers are often asked to perform tasks that are rightfully the duties and responsibility of the Shelter staff but require volunteer effort and help to accomplish”.

“However, it is clear at this time that FOS volunteers are not valued, respected, or appreciated,” the email states. “We cannot continue to subject ourselves or the volunteers to this unwelcoming environment.”

It went on to add that with the termination of the program, any liability coverage provided by Friends insurance related to the Shelter also is terminated.

“The Board wants to extend its sincere thanks and appreciation for all that you have done for the Shelter animals over the years. Should you wish to continue volunteering at the shelter, you are very welcome to do so as a private citizen,” the email says. “However, you will need to discuss your proposed status and activities with the Los Alamos Police Department or the Los Alamos County Animal Shelter staff because, as of now, the County will have to develop and run an animal shelter volunteer program if it wishes to have volunteer support.”

In an interview today with the Los Alamos Daily Post, Brunish said she had told Los Alamos Police Chief Dino Sgambellone many times that the Friends wanted to be treated as valued partners. She said their many competent volunteers have spent countless hours at the Shelter but have been treated rudely by all Shelter staff.

Brunish cited one example of a volunteer being mistreated by staff was when a volunteer was yelled at because she had seen a small dog shivering and shaking in its enclosure and had removed it to comfort it. She said the dog was apparently in quarantine but there was no sign on the enclosure to indicate that.

“Everyone deserves to be treated with respect and courtesy. Everyone makes mistakes,” Brunish said.

Asked which employees were rude and disrespectful to volunteers, she said, “Pretty much all of them.” She said the Friends have been losing volunteers at a high rate for some six or seven months. Meetings held weekly at the Shelter are attended by Deputy Chief Jason Wardlow Herrera, Shelter Staff and the Friends, Brunish said. She said volunteers are accused of breaking rules they don’t even know about.

Asked what response Wardlow Herrera had to her complaints, Brunish said he basically continued to impose more rules and restrictions on access to the Shelter. She said she met with Sgambellone several times and that he assured her the Friends were valuable partners at the Shelter and that things would work out. Asked what she would have liked Sgambellone to have done, Brunish said she would have liked him to pass the message from the top down that the volunteers were to be valued and treated with respect.

“Whatever he did, he didn’t pass the message down,” she said.

Brunish said the Shelter is already over budget and that the Friends had paid tens of thousands of dollars for medical care, supplies, food and adoptions and provided a huge amount of assistance. She expressed concern about how the budget shortfall would be made up and whether or not the Shelter would take care of the animals.

“I really feel the Shelter is becoming much less friendly and able to serve the public. The reason why I say this is that most animal shelters are moving towards a more open, welcoming environment to let potential adopters feel they are welcome there and that their animals are accessible,” Brunish said. “Our Shelter has gone in the opposite direction where we are putting up more and more barriers to keep the public from seeing the animals. Every kennel at the Shelter is now locked so the public can’t access any of the animals they are considering adopting.”

She said she fears this is going to affect animal welfare and adoptions greatly.

County Manager Harry Burgess said he has discussed the financial ramifications of the Friends’ decision with Sgambellone and that he doesn’t see the need to alter the LAPD budget at this time.

“Our folks care greatly about the animals and we will take care of the costs at the Shelter,” Burgess said.

Chief Sgambellone said today that he would like to recognize and thank the Friends of the Shelter for their partnership with Los Alamos County and the contributions they have made for animal welfare within the community.

“It is unfortunate that the Friends of the Shelter Board has come to this decision, as regardless of any disagreements that may have occurred, I have had an outstanding Shelter staff that has worked very hard to consistently deliver quality service to the community,” Sgambellone said. “I do value and appreciate the partnership we had and I wish FOS all the best as they go in a different direction.”

He added that there remains a lot of work to be done at the Shelter to ensure the animals are getting the best care possible and that anyone wishing to volunteer can go to the Shelter or call LAPD Dispatch at 505.662.8222.

Shelter Manager Victoria Murphy says prospective volunteers will need to fill out the County’s adult volunteer agreement and release of liability form. New volunteers also will attend an open house and be introduced to the Shelter Volunteer Handbook. They also will train with staff or existing trained volunteers.