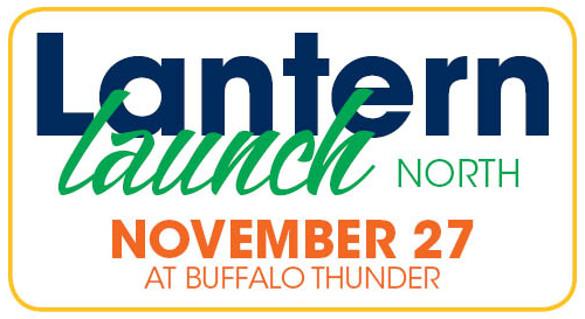 BTR News:
SANTA FE ― Thousands of prayers, wishes, promises and dreams will float toward the heavens once the Northern New Mexico sun sets Nov. 27, carried there in brilliantly lit paper lanterns.
The visual effect, according to event management, will create an unforgettable spectacle of lights for miles around that won’t soon be forgotten.
The 2019 Lantern Launch takes place at the Towa Golf Club at Buffalo Thunder Resort & Casino the night before Thanksgiving. Already one year in the planning, it’s an event unlike any other.
“We’re expecting thousands of people from our community to join in this spectacularly beautiful ceremony,” said Buffalo Thunder Marketing Director Ken Lathrop. “The visual impact is awe inspiring.”
Lathrop said that each person attending actually becomes part of the Lantern Launch ceremony itself, making it an interactive community experience.
Attendees are each given a lantern, a special lighter and a marker upon admission, and they use these materials to write messages on their individual lanterns before simultaneously launching them to flight.
Lantern messages are as unique and creative as the individual participant, added Lathrop, and can vary from messages to loved ones who have passed away, to hopes and aspirations for the future, to wishing upon a star and even prayers for health and happiness.
The history of the sky lantern itself can be traced back to 300 BC in ancient China where they were used for strategic communication during battle. Since then, sky lanterns have evolved and become synonymous with mid-autumn festivals around the world. Made from a thin paper shell, there is an opening at the bottom. When lit, the flame heats the air inside the lantern, thus lowering its density and causing the lantern to rise into the air. The sky lantern is only airborne for as long as the flame stays alight, after which the lantern sinks back to the ground.
Jennifer Smith, Food and Beverage Manager for Buffalo Thunder, has been working tirelessly behind the scenes making ready for the Lantern Launch.
“Since this is held the night before Thanksgiving,” Smith said, “Everyone is in town gathering with family and friends to celebrate so it’s already a special time.  Add in the popularity of this lantern ceremony, and it will be an event you will always remember.”
The Lantern Launch gets underway at 4pm, and tickets will be only be sold at the door on the day of the event. Tickets are $15 for attendees aged 13 and older; $5 for those attending between the age of 5 and 12; and free for those under 5 years old. A portion of the ticket sales will benefit The Sky Center, which is the Suicide Intervention Project of Northern New Mexico.
No coolers will be allowed, but Smith said that hot chocoloate, cider, tamales and grab and go sandwiches will be available for purchase. A DJ and music will provide entertainment leading up to the actual launch of the lanterns, and blankets and heaters are also available for an additional fee.
Smith added that last year’s attendance was 1200, and a record breaking crowd of 2000 is already anticipated for this year’s event. Pueblo police and fire marshalls will be on site to oversee safety and security.
For more information, visit https://BuffaloThunderResort.com.