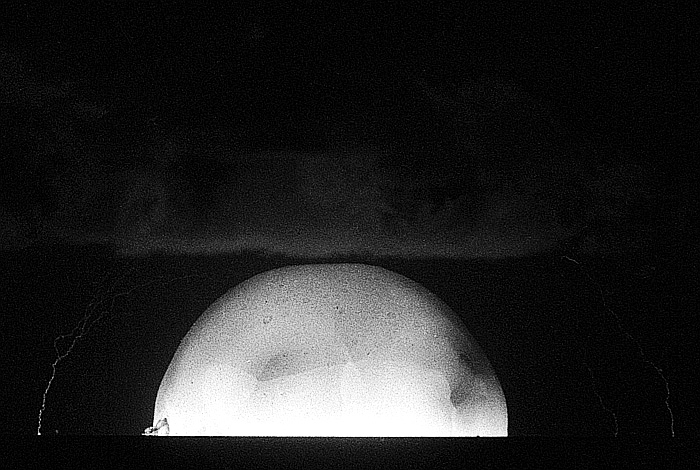 This photograph captures the expanding fireball of the world’s first full-scale hydrogen bomb test, Ivy-Mike, which was conducted Oct. 31, 1952. Courtesy/LANL

Los Alamos National Laboratory’s role in the development of nuclear weapons during the Cold War period of 1947 to 1991 will be discussed by Byron Ristvet of the Defense Threat Reduction Agency at 5:30 p.m., Sept. 11 at the Laboratory’s Bradbury Science Museum. The talk is part of the Laboratory’s 70th anniversary lecture series.

“Los Alamos National Laboratory’s role in conjunction with the Department of Defense in meeting this challenge with new nuclear weapon designs was an amazingly complex and intellectual endeavor,” Ristvet said.

Ristvet is a senior subject matter expert to the Defense Threat Reduction Agency’s Research and Development Directorate in the areas of nuclear and conventional weapons effect and testing, hard and deeply-buried target characterization and defeat, counterterrorism, cooperative threat reduction, knowledge preservation and nuclear test readiness. He has served in a number of nuclear weapons related positions, including the Defense Nuclear Weapons School, as an International Atomic Energy Agency technical advisor, and as an instructor/mentor in several nuclear weapons training programs, including at Sandia National Laboratories.

The museum’s regular hours are 10 a.m. to 5 p.m. Tuesday to Saturday, and 1 p.m. to 5 p.m. Sunday and Monday. Admission is free and photography is allowed.

Information on future lectures can be found at: http://www.lanl.gov/museum/events/70th-events.shtml