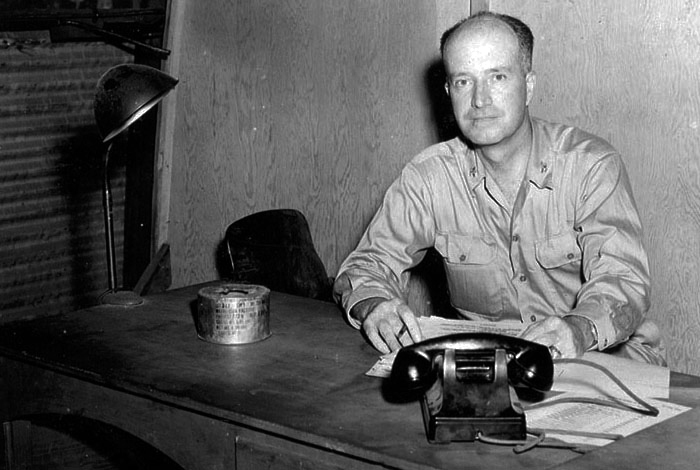 Los Alamos National Laboratory historian emeritus Roger Meade talks about William S. “Deak” Parsons, one of wartime Los Alamos’ first division leaders and the contributions he made as an ordnance engineer to the success of the Lab — including his role as the Little Boy weaponeer — at 5:30 p.m. Aug. 14, at the Bradbury Science Museum. The talk is part of Los Alamos’ 70th anniversary lecture series.

Meade said Los Alamos’ first director, J. Robert Oppenheimer, described Parson’s work by saying, “I believe it is impossible to overestimate the value which Capt. Parsons has been to the project to which he is engaged, nor the loss we should have incurred without his services.”

Parsons, the leading military ordnance expert at the beginning of World War II, came to the Lab to oversee the engineering of Fat Man and Little Boy to be combat weapons. Parsons also served as one of the first two associate directors of the Laboratory. Meade also will discuss Parsons’ experience arming Little Boy aboard the Enola Gay.

Parsons also was instrumental in the first post-war atomic bomb test, as well as Operation Crossroads and the 1948 Sandstone tests. He served on the Department of Defense’s Military Liaison Committee and was Deputy Commander of the Armed Forces Special Weapons Project. Parsons died in 1953.

Meade retired from the Lab in 2007 after working for 25 years as the Laboratory archivist historian. He is the co-author of “Critical Assembly,” a technical history of the Laboratory’s World War II years, and is presently working on a book-length study of atmospheric weapons testing.