LANL: Why Didn’t Oppenheimer Ever Win A Nobel Prize? 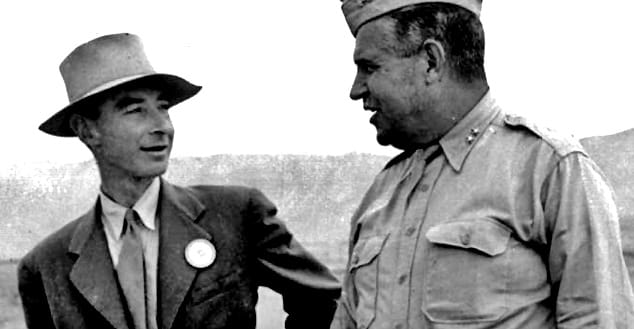 In the fall of 1942, Groves, right, hired Robert J. Oppenheimer, who recommended Los Alamos as the site for the clandestine lab, and recruited science’s greatest minds to join him there. Courtesy/LANL

Why didn’t Oppenheimer ever win a Nobel Prize?

For his world-changing scientific achievements, J. Robert Oppenheimer would be forever known as the “father of the atomic bomb”.

But, despite his many accomplishments, he never rose to the level of Nobel laureate.

For his world-changing scientific achievements, J. Robert Oppenheimer would be forever known as the “father of the atomic bomb”. But, despite his many accomplishments, he never rose to the level of Nobel laureate.

The Nobel prize — the pinnacle of global recognition — was awarded to 18 of Oppenheimer’s Los Alamos colleagues. There, in just 27 months (and in a perceived race with Nazi Germany), scientists created the world’s first nuclear weapons. Their efforts brought civilization into the “Atomic Age” and helped end World War II.

Oppenheimer was nominated for the Nobel Prize for Physics three times: in 1946, in 1951 and in 1967. Colleagues, scholars, and surely Oppenheimer himself, pondered why he was never bestowed the honor.

“To understand this,” said James Kunetka, historian and author of ‘The General and the Genius’, you have to first examine the man’s academic life before and after the war.”

Born in 1904 into a wealthy Jewish family and raised in New York, Oppenheimer was clearly gifted. He completed the third and fourth grades in just one year and later skipped a portion of his eighth grade year. Remarkable anecdotes of brilliance illustrate his life through early adulthood. As a boy, he was interested in mineralogy and, at age 12, presented his research paper to the New York Mineralogical Club, becoming an honorary member. As a young academic, he learned Dutch in six weeks in order to successfully deliver a technical lecture on a trip to the Netherlands. It was there he was first dubbed “Oppie” (“Opje” in Dutch).

“[He was] one of the sharpest people I have ever seen or heard of, intellectually,” said longtime friend Harold Cherniss in a 1979 interview. “When he became interested in anything, he very quickly picked up an enormous amount of knowledge about it.”

After graduating at the top of his high school class, Oppenheimer studied science at Harvard University, where he was admitted to graduate-level physics classes during his first year. He also took courses in literature, languages, religion and philosophy, earning his degree in just three years, but with no social clubs or athletics listed under his name in the 1926 yearbook. Certainly introverted then, but also perhaps lonely, Oppenheimer once told a friend, “It’s no fun to turn the pages of a book and say, ‘Yes, yes, of course, I know that,’” according to an October 1949 article in Life magazine. 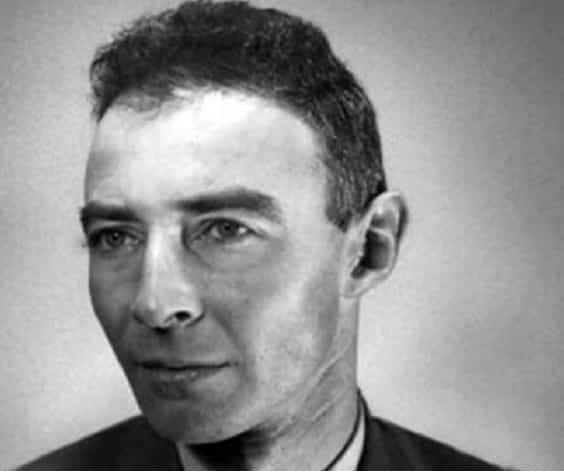 Oppenheimer’s early research focused on energy processes of subatomic particles, including electrons, positrons and cosmic rays, as well as neutron stars (collapsed cores of massive stars) and black holes. He was soon recognized as a leader in theoretical physics and had earned the respect of scientific greats like Albert Einstein and Niels Bohr.

“However, many of his colleagues and critics point out that his production of significant papers was surprisingly thin,” Kunetka said. “It was said by some that he far too often co-authored papers with his students rather than initiated them. [Nobel laureate and physicist] Hans Bethe noted that, while Oppenheimer and others were perhaps more brilliant, he [Bethe] was more productive.”

Oppenheimer proved to be an outstanding teacher, inspiring and influencing students. He earned a loyal following, if not outright adoration. “… Like most of his students, I would more or less follow him to the ends of the earth,” recalled Manhattan Project scientist Robert Christy in a 1983 interview. 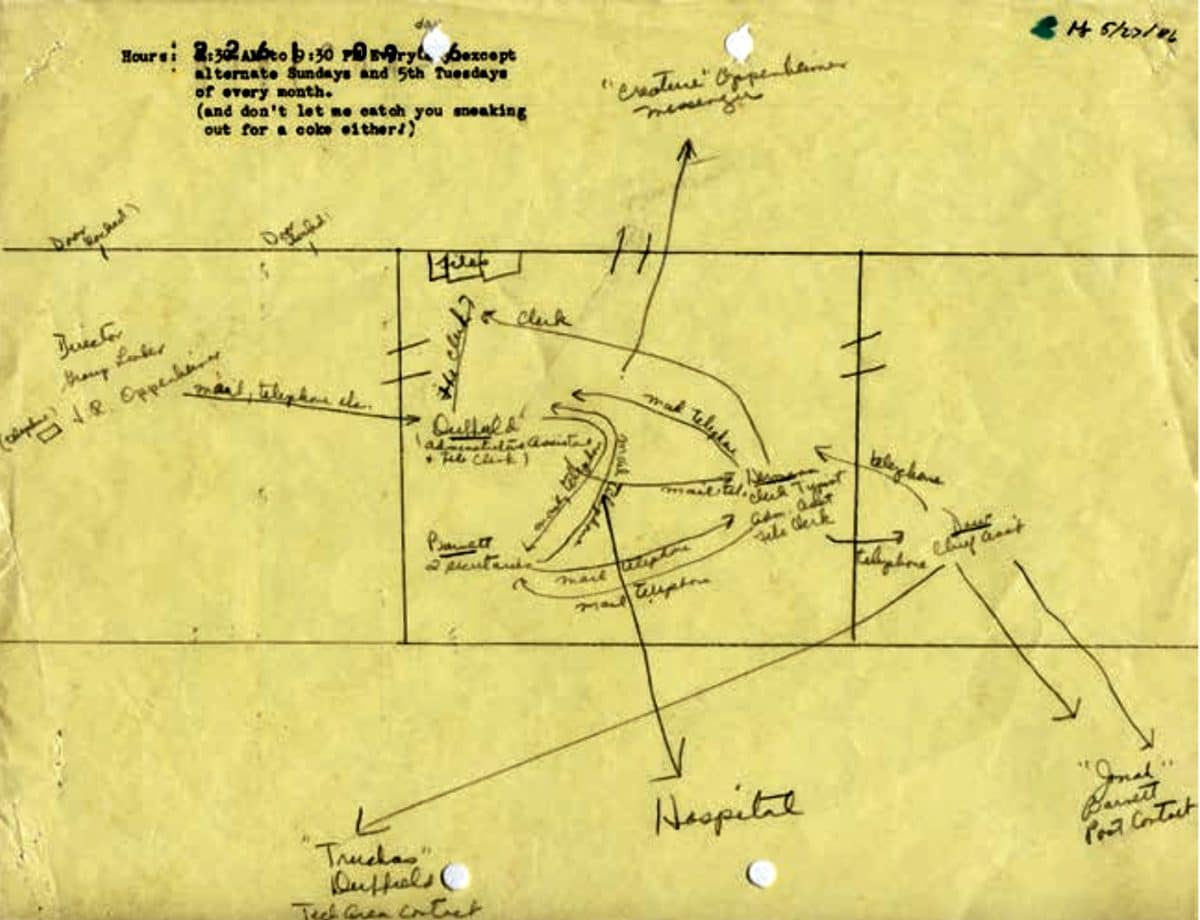 This sketch is the only known imagery of Oppenheimer’s wartime office at the Los Alamos laboratory from 1943-1945. Courtesy/LANL

Oppenheimer lacked large-scale managerial experience and his associations with members of the Communist party — including friends, a former girlfriend, and his brother — were problematic. And without a Nobel Prize, it wasn’t certain whether he possessed the requisite prestige to direct a big group of high-caliber nuclear scientists.

But as soon as Gen. Leslie Groves met Oppenheimer, none of that mattered, according to biographer Ray Monk. The young professor impressed the Manhattan Project director with both his intelligence and practicality. In Groves’ eyes, Oppenheimer could seemingly turn blackboard theories and lab experiments into atomic weapons. Groves may also have perceived a drive-based ambition, according to Monk, assuring him that Oppenheimer would succeed.

In the fall of 1942, Groves hired Oppenheimer, who recommended Los Alamos as the site for the clandestine lab, and recruited science’s greatest minds to join him there. By then, Oppenheimer was described as charismatic and charming. He was the center of attention at parties, drinking his signature martinis and gesticulating with cigarettes through story after story, his bright blue eyes sparkling.

“Oppenheimer commanded not just the loyalty but the deep respect of everybody who was at Los Alamos, and I cannot think of anyone else who would have succeeded as he did in that sense,” said Manhattan Project physicist and Nobel laureate Roy Glauber.

But Oppenheimer was also understood to be cruel and intolerant toward those he perceived as intellectually inferior, and was called a showman and power seeker. Even still, said Alan Carr, senior historian at Los Alamos National Laboratory’s National Security Research Center (NSRC), Oppenheimer’s worst enemies would concede that he achieved greatness during the war.

“He was very close to being indispensable,” an unnamed Los Alamos scientist said, according to the 1949 Life article. Another said, “The main decisions were made by Oppenheimer, and all proved to be correct.” 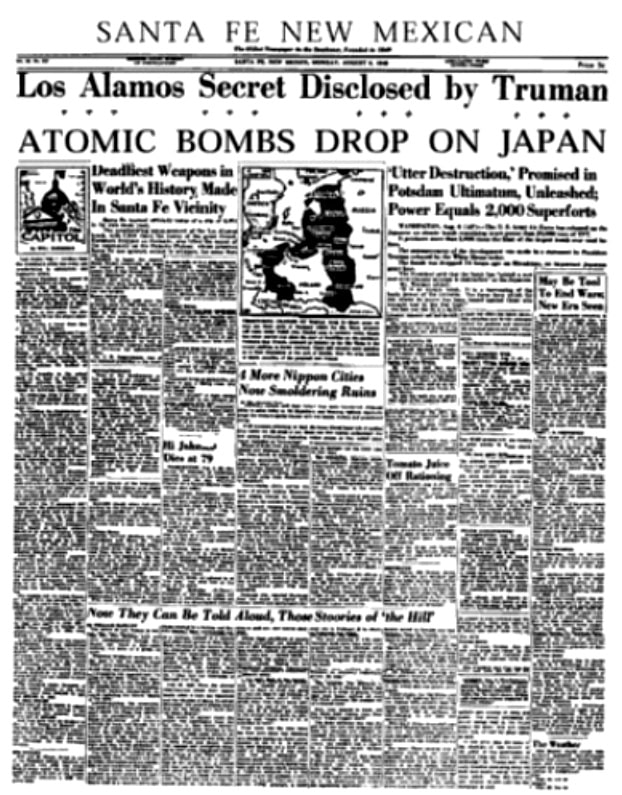 Oppenheimer’s directorship, perhaps along with his genius, culminated on July 16, 1945, when the world’s first-ever atomic device, known as the “Gadget,” was successfully detonated in the New Mexico desert. Oppenheimer, who read and wrote poetry, named the test “Trinity.” He said years afterward that he may have been inspired by a John Donne poem that includes the line, “Batter my heart, three-person’d God.”

According to a transcript of the recorded call, the conversation went like this:

Oppenheimer once said “physics and desert country” were his “two great loves”. It was in Los Alamos that these came together, and where his work as a physicist changed the world.

By the time he left Los Alamos a few weeks after WWII’s official end on Sept. 2, 1945, Oppenheimer was a household name. However, even with his face on magazine covers, his celebrity did not translate into a Nobel Prize.

He first returned to Caltech, but soon left to lead the Institute for Advanced Study in Princeton, N.J., as well as serve as the chairman of the General Advisory Committee, which was a scientific panel that advised the newly formed Atomic Energy Commission. Much of his focus shifted from his prewar physics to policy work. Oppenheimer spoke out in opposition to the development of the even more-powerful hydrogen bomb, questioning its feasibility early on, but also deeming it an unnecessary weapon. Meanwhile, he wrote and lectured, but did not, however, resume much research.

In 1954, he lost his security clearance following unsubstantiated accusations against his loyalty to America. Though his supporters remained steadfast and numerous, Oppenheimer eventually retreated from his public life and work, pushing him even further from a Nobel Prize. 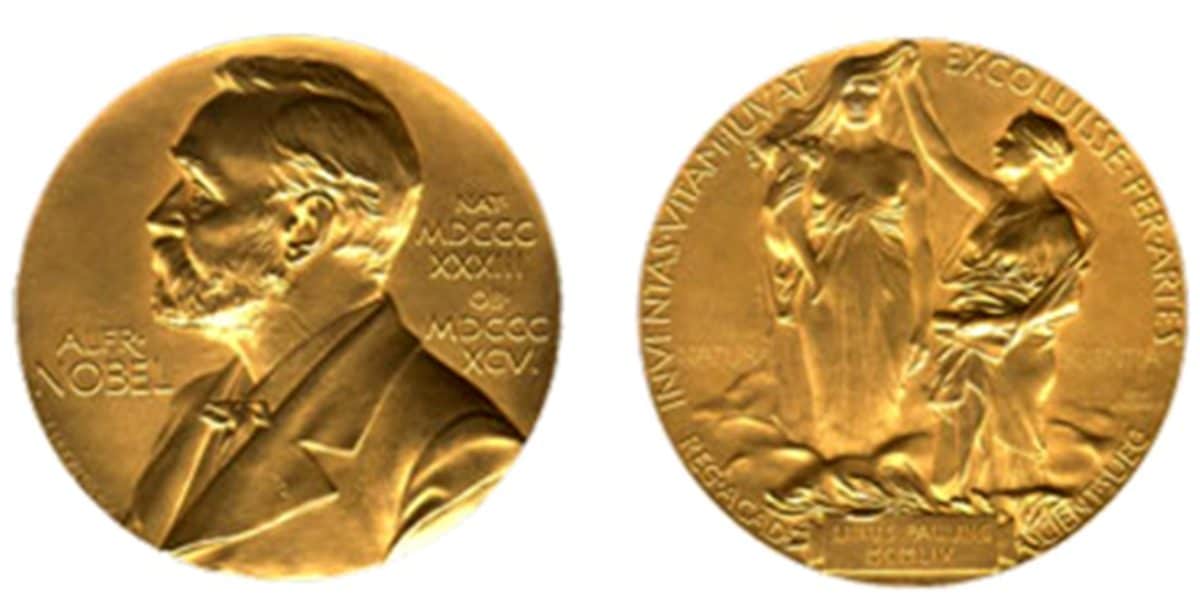 Oppenheimer was nominated for the Nobel Prize for Physics three times, but never won. Courtesy/LANL

Kunetka said that the simplest explanation is that before WWII, Oppenheimer’s published work was not considered significant enough. Carr agrees, adding that Oppenheimer never made a major discovery, nor did he ever prove a significant theory.

For his Manhattan Project work, Oppenheimer himself said that creating the atomic bombs was more inventive than scientific, according to the 1949 Life article.

When he was first nominated in 1946 for the Nobel Prize, the Nobel committee was hesitant to award it to someone so closely tied to the atomic bombs, according to “American Prometheus.” Many scholars and scientists through the years have concurred.

Others, though, have said Oppenheimer’s scientific focus would change frequently and he didn’t work sufficiently in any one area to warrant the Nobel Prize. Meanwhile, Monk thought Oppenheimer’s work was more significant than credited. Some scientists, including Nobel laureate Luis Alvarez, speculated that Oppenheimer’s work on black holes may have warranted the prize, had he lived long enough to see them to fruition. (Nobel prizes are not awarded posthumously.)

Carr said, “Did he achieve greatness? Yes, of course. What Oppie led his wartime team of scientists to achieve was nothing short of remarkable. He will always have that incredible scientific legacy.”

Loyal following until the end

Oppenheimer died at his New Jersey home Feb. 18, 1967, after unsuccessful treatments for throat cancer. He was 62, survived by his wife, Kitty, and their two children. Kitty spread his ashes near their simple beach home in the U.S. Virgin Islands, following a memorial service at Princeton University. An estimated 600 people attended.

“Science is not everything,” Oppenheimer once said, “but science is very beautiful.”