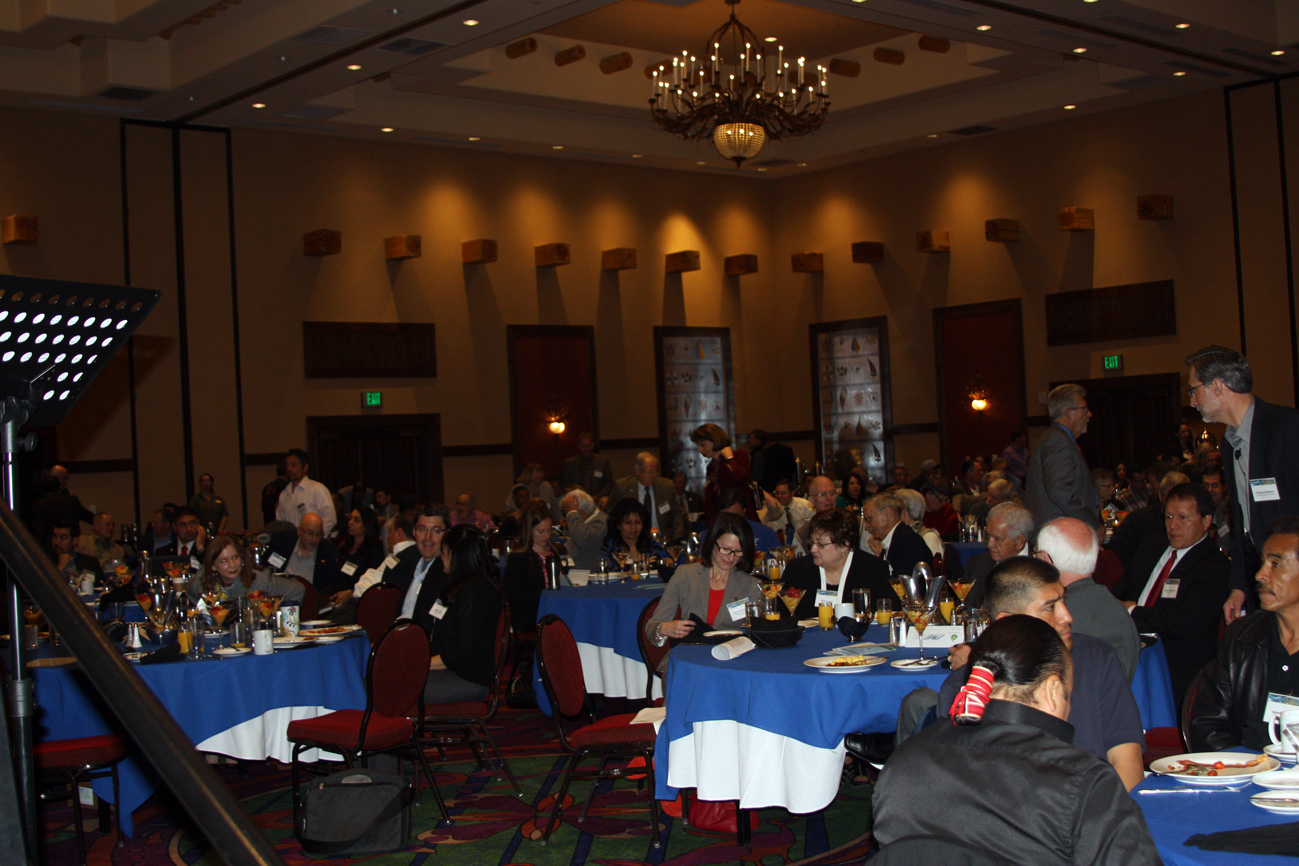 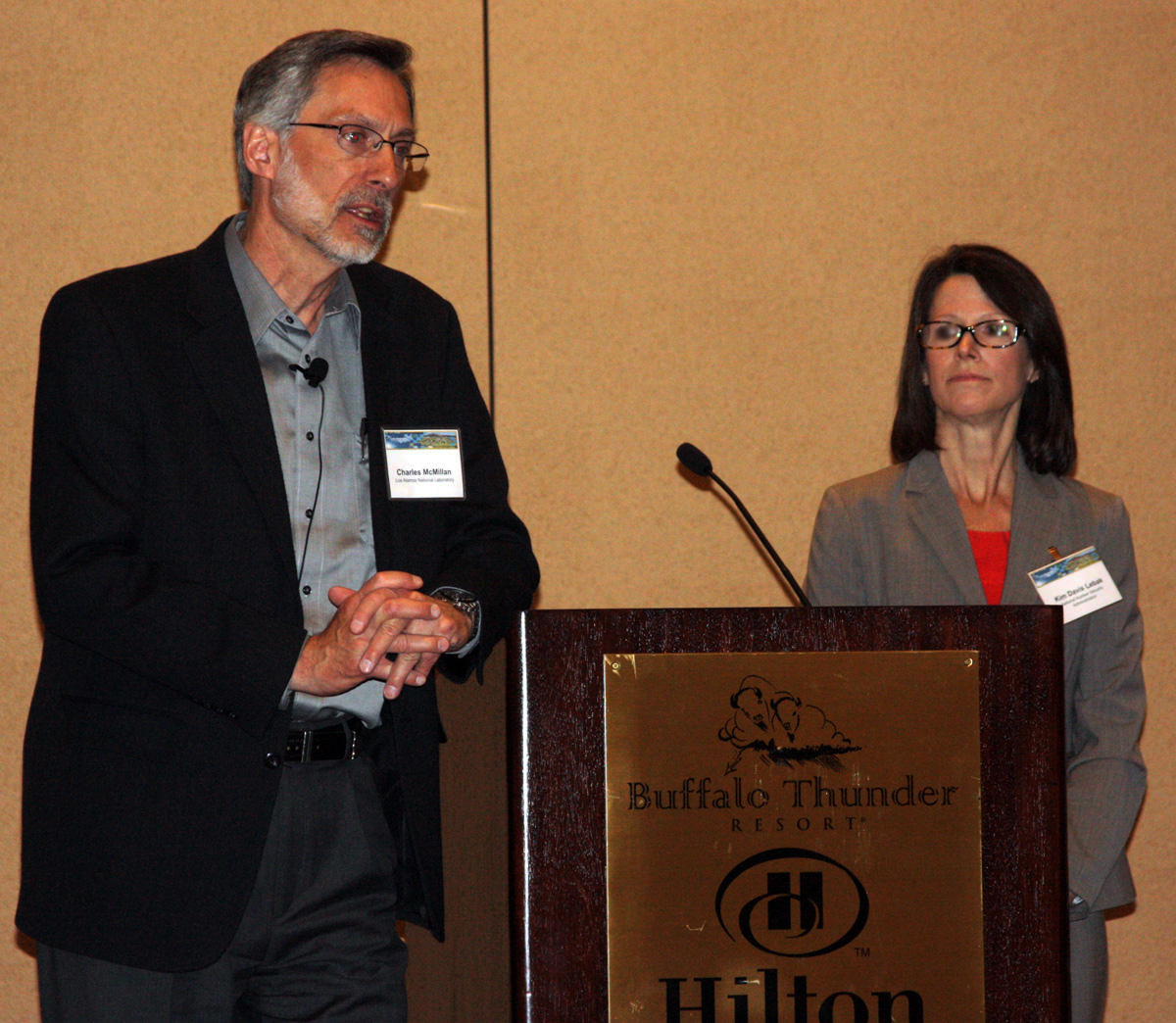 NMSSUP adds fences, cameras, sensors, utility and access buildings, and other systems to the existing security infrastructure around the Lab’s principal plutonium processing facility. The project is close to completion, McMillan said.

“It’s not just a fence!” he said. “It’s an advanced integrated system. I can’t take you inside to see it, but it’s pretty cool.”

The budget prepared by the Office of the President and now set for review by Congress includes an uptick in funding for LANL, McMillan said.

“This is looking like a better year,” he said.

McMillan is working to complete the Laboratory’s Strategic Plan, due out in April. McMillan said the plan was guided by the philosophy of “deliver on our commitments today and be ready for an uncertain future.” The rapid changes in technology make planning a challenge, he said.

LANL has to function on an extremely high level, McMillan said. It needs to be one of the best places in the world to work to attract the very best minds in science and technology, he added that although LANL will need to continue being careful in its hiring due to budget concerns, strategic hiring continues.

“The hiring we do today will likely affect the Lab 20 years from now. We will need to meet the needs of the future, even though we don’t know what they are now.”

McMillan was asked about the future of the LANS Neutron Facility. For the first time, the facility’s contract was not extended. McMillan stressed the importance of the facility in collaborating with external users and said losing this ability is a major concern. McMillan remains hopeful that funding for the facility will be found.

“I think we can address the issues that concern the government,” McMillan said.

McMillan touched on some of the current scientific projects underway at the Laboratory, including work with the N.M. Drought Task Force, protecting the nation against chemical threats, safer, less toxic solar cell technology and space technology that will help scientists better understand weather in outer space and how it affects satellites.

McMillan assured the group that the 3706 Campaign to clean up toxic waste at the laboratory remains on track in spite of the recent accident at the WIPP facility. The project was ahead of schedule before the accident, McMillan said, and the Laboratory is hopeful it can still meet the June competition.

New NNSA Los Alamos Field Office Manager Kimberly Lebak also spoke at the event. Lebak took over the position in January and affirmed Wednesday that NNSA is invested in New Mexico and will continue to be so in the future.

Lebak also addressed the 3706 Campaign, saying that NNSA and LANL are currently looking at an alternate storage site at Waste Control Specials (WCS) in West Texas as an interim storage site for wastes removed from LANL property.

The final presentation was a panel of business representatives who benefit from working with LANL including: