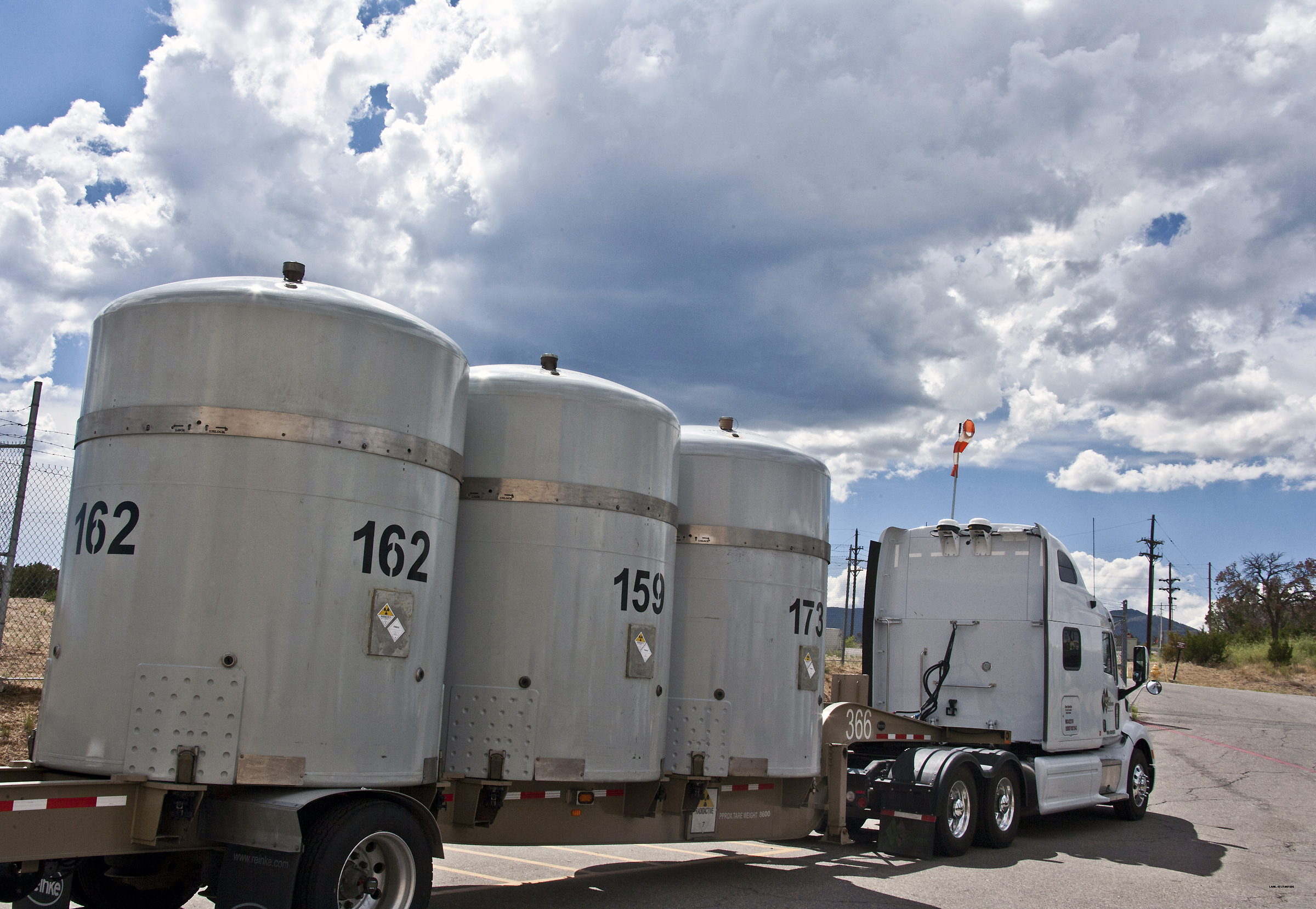 Los Alamos National Laboratory has set another record for shipments of transuranic waste in a single fiscal year. Here, the Laboratory’s 172nd shipment leaves the Laboratory on Aug. 2, headed for the Waste Isolation Pilot Plant. Courtesy/LANL

“Our goal this fiscal year is 184 shipments and we are on track to surpass that by a substantial margin,” said Lee Bishop, TRU waste manager at the Department of Energy’s Los Alamos Site Office. “We expect to send in the neighborhood of 200 shipments to WIPP this year.”

The Laboratory has transported more than 1,000 shipments to WIPP since that facility opened in 1999.

Additional emphasis was placed on Area G shipments after last year’s Las Conchas Fire. Although the fire did not pose an immediate threat and protective measures were in place, the State of New Mexico, the Department of Energy’s National Nuclear Security Administration and the Laboratory made removing the waste stored above ground at Area G one of their top environmental priorities.

In an agreement between the New Mexico Environment Department and DOE, the Laboratory will remove 3,706 cubic meters of waste from Area G by June 30, 2014.

“We are pleased with the progress we’ve made in our first year of accelerated shipping and we plan to more than double the volume of waste we ship next year,” said Dan Cox, deputy associate director of environmental programs at the Laboratory.

“We are committed to removing the waste stored above ground at Area G as quickly and safely as possible,” said Pete Maggiore, assistant manager for environmental operations at the National Nuclear Security Administration’s Los Alamos Site Office. “We broke our all-time shipping record this year and we plan to set the bar even higher next year.”

Transuranic elements such as plutonium have an atomic number greater than uranium, so they are labeled transuranic, for “beyond uranium” on the periodic table of elements.

About 90 percent of the current TRU waste inventory is a result of decades of nuclear research and weapons production at the Laboratory and is often referred to as “legacy” waste.