LANL Scientist Selected Fellow of the Royal Society of Chemistry 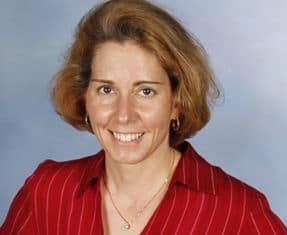 Jaqueline Kiplinger of Los Alamos National Laboratory’s Materials Chemistry group has been selected as a Fellow of the Royal Society of Chemistry (FRSC.)

The Royal Society of Chemistry is Europe’s largest professional and academic society for chemistry and traces its roots to the Chemical Society of London, established in 1841.

Fellowship is awarded to nominees who have made sustained outstanding contributions to the advancement or application of chemical science or who have demonstrated excellence in the chemical science profession.

Kiplinger is internationally recognized for her contributions to the field of organometallic actinide chemistry.

In addition to discovering new actinide reactivity patterns and bonding motifs, Kiplinger developed a novel synthetic approach that led to the systematic isolation of an entirely new class of molecular uranium complexes, and she pioneered the use of copper and gold reagents as one-electron oxidants for actinide compounds.

She also designed a photochemical synthesis that established the first-ever evidence for the formation of a uranium complex that contains a terminal uranium-nitrogen triple bond.

Kiplinger came to LANL as the first Frederick Reines Postdoctoral Fellow in 1999, and she received the Lab’s inaugural Postdoctoral Distinguished Performance Award in 2001. She joined LANL in 2002 as a technical staff member in the Chemistry Division.

LANL has recognized her scientific contributions with a STAR Award, Fellows Prize for Research, and a Distinguished Mentor Award. She received an R&D 100 Award for her development of Th-ING: Thorium Is Now Green, a cost-effective, environmentally green and safe method for preparing thorium chloride materials.

About the Royal Society of Chemistry

The Royal Society of Chemistry is the largest organization in Europe for advancing the chemical sciences.

Its 47,500 members come from diverse areas of the chemical sciences. Fellow is the senior category of membership.