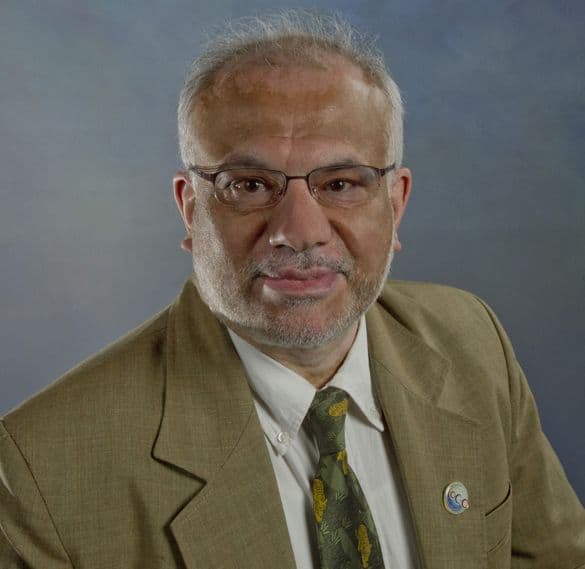 The Divecha Center for Climate Change and Center for Atmospheric Science at the Indian Institute of Science, Bangalore, will host the researcher in late 2012 for several months. Dubey will give lectures on the role of atmospheric science in developing technologies to solve environmental problems, such as acid rain, air pollution, stratospheric ozone depletion, and climate change.He will identify leading scientists at Indian institutions for collaborative research opportunities to expand atmospheric observations of air quality and climate change.

The research will focus on understanding the role of regional aerosols on the Indian monsoon. He will promote the modernization of Indian atmospheric observing systems through collaboration with U.S. scientists and the Department Of Energy (DOE) climate-monitoring infrastructure.

His research integrates field observations, laboratory measurements, and models to improve predictions of climate change. Dubey examines processes that couple chemistry, carbon, and climate in pristine and polluted regions. He leads the climate observations program in the DOE Office of Science, climate work at the Institute for Geophysics and Planetary Physics, a climate monitoring project combining multi-scale measurements and models to infer power-plant emissions, and an interdisciplinary aerosol project.

Dubey was instrumental in deploying a verification test-bed for multi-scale greenhouse gas observations and satellite validation in the Four Corners region of the Southwest. His team at the Laboratory has conducted more than a dozen field campaigns spanning the globe to measure the soot responsible for warming and air pollution. His science and outreach efforts facilitate technology transfer to improve air quality and reduce greenhouse gas emissions.

Dubey co-edits the journal Atmospheric Chemistry and Physics, served as an associate editor of Geophysical Research Letters, reviewed the U.S. Climate Change Science Plan for the National Academy of Sciences, and co-organized the International Climate Conference in 2006. DOE selected him as an Emerging Senior Scientist in Atmospheric Science, and he received a Los Alamos Achievement Award.

Dubey received his doctoral degree from Harvard University, where he helped establish the causal link between chlorofluorocarbons and the Antarctic ozone hole. After joining LANL as a postdoctoral associate in 1997, he probed chemistry on ice surfaces and measured wildfire emissions and their impacts. He is an atmospheric chemical physicist whose expertise includes photochemistry, spectroscopy, reaction dynamics, aerosol and trace gas field measurements, remote sensing, and coupled climate-chemistry-carbon models.

About the J. William Fulbright Program