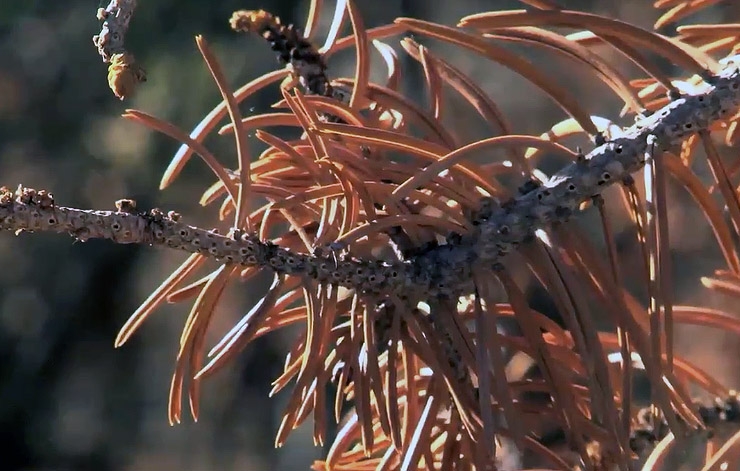 Many southwestern forests in the United States will disappear or be heavily altered by 2050, according to a series of joint Los Alamos National Laboratory-University of New Mexico studies.

In a new video produced by Los Alamos, Nathan McDowell, a Los Alamos plant physiologist, and William Pockman, a UNM biology professor, explain that their research, and more from scientists around the world, is forecasting that by 2100 most conifer forests should be heavily disturbed, if not gone, as air temperatures rise in combination with drought.

“Everybody knows trees die when there’s a drought, if there’s bark beetles or fire, yet nobody in the world can predict it with much accuracy.” McDowell said. “What’s really changed is that the temperature is going up,” thus the researchers are imposing artificial drought conditions on segments of wild forest in the Southwest and pushing forests to their limit to discover the exact processes of mortality and survival.

The study is centered on drought experiments in woodlands at both Los Alamos and the Sevilleta National Wildlife Refuge in central New Mexico. Both sites are testing hypotheses about how forests die on mature, wild trees, rather than seedlings in a greenhouse, through the ecosystem-scale removal of 50 percent of yearly precipitation through large water-diversion trough systems.

At the Sevilleta, additional plots are irrigated to examine how wet climate cycles may make forests more vulnerable to subsequent droughts, whilst at Los Alamos, both droughted and ambient precipitation piñon and juniper trees are also heated in Plexiglas chambers to mimic an environment that’s 5 degrees Celsius warmer than today.

“Because we’re not working in a greenhouse with plants in pots, but we’re working with plants that grew on a natural landscape and we’re working over a long period of time. . . our field manipulations provide great power to understand what actually happens to real plants,” Pockman said.

Scientists take data to test hypotheses regarding plant starvation, dehydration and vulnerability to insect attack during severe drought, including measurements of carbon dioxide transfer in the leaves and carbohydrate content of the plants.

“The Sevilleta site is part of a network of sites funded by the National Science Foundation Long-term ecological Research Program,” Pockman said. “It’s intended to provide a source of data that spans long time periods, which is essentially the time scale over which ecological processes occur.”

The research project at the Sevilleta now has eight years worth of data on drought and tree death.

Rainfall is not always the answer

“The irrigation has revealed that trees can do really well when it rains a lot, and obviously that’s not a huge surprise,” McDowell said. “But they may also be more vulnerable to a subsequent drought. So climate predictions suggest that with more droughts, we should also have more heavy rainfall periods. Those things may actually set up these trees for failure during the next drought.”

Bad news for the piñon pines, especially, which tend to give up completely when the hot, dry air pulls essential moisture from their needles. The junipers, standing nearby, lose a branch at a time to the heat and moisture stress treatment, but perish more slowly than the piñon neighbors. 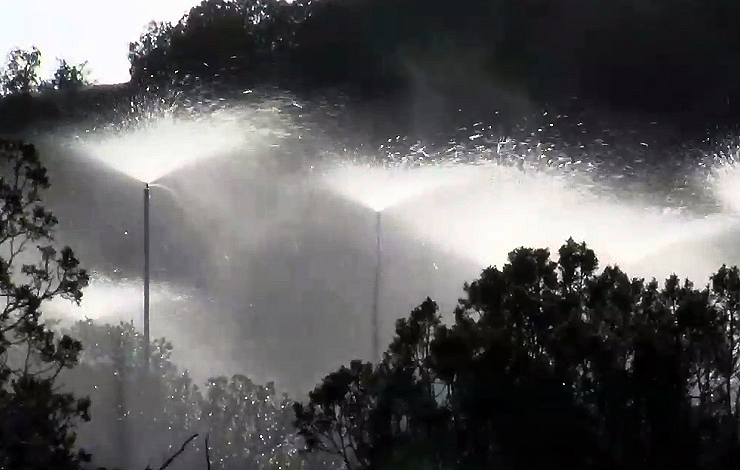