Rice and two accomplices, Michael R. Walli, 63, a member of the Dorothy Day Catholic Worker House in Washington, D.C. and Greg Boertje-Obed, 57, a member of Veterans for Peace in Duluth, Minn., and a former U.S. Army officer reportedly defaced a building during the predawn protest in Oak Ridge, Tenn.

Marcus Page-Collonge of Trinity Nuclear Abolitionists in Albuquerque, was arrested with Rice and six other protesters for trespass Aug. 6, 2010 as they sat in front of a locked gate leading to a secured facility at LANL.

The eight protesters arrested were part of a larger group of activists who marched onto LANL property and held a demonstration ceremony in front of the Chemistry Metallurgy Research (CMR) building.

Page-Collonge spoke to the Los Alamos Daily Post about his relationship with the nun who now faces federal charges, including felony destruction of property, that carry a maximum sentence of 5 years imprisonment, with a maximum fine of $250,000.

“I had no prior knowledge of Sister Megan’s plans and I have not had any contact with her,” Page-Collonge told the Los Alamos Daily Post. “I’m proud of her for standing up to take action as a Christian pacifist and for doing the kinds of things that Jesus would do if he were alive today. Sister Megan and I have worked together for over a decade. She and I worked at the Nevada Desert Experience, a Franciscan faith based group offering resistance to nuclear weapons testing, nuclearism and militarism in the desert of Nevada. It’s been great to be Sister Megan’s friend and to work alongside her for a more peaceful future.” 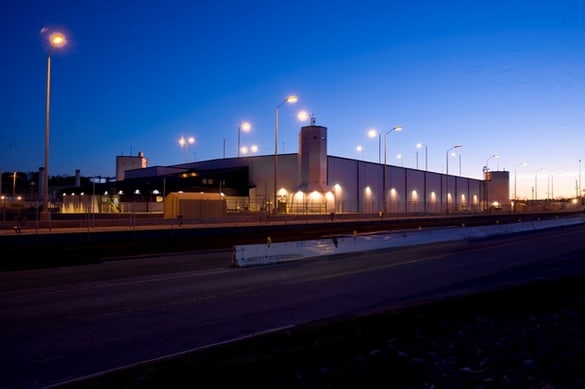 National Nuclear Security Association (NNSA) officials reported that Rice and her accomplices cut through three layers of perimeter fences to reach the outer wall of a building where the highly enriched uranium is stored.

The trio painted slogans and threw what they said was human blood on the wall of the facility, one of many buildings in the facility known by the code name Y-12.

A spokeswoman for the activists, who call themselves “Transform Now Plowshares,” reported that the three have been charged with vandalism and criminal trespass.

Ellen Barfield forwarded a statement from the group in which it said the activists had passed through four fences and walked for “over two hours” before reaching the uranium storage building, on which they hung banners and strung crime-scene tape.

Officials reported that the storage building itself, built after the Sept. 11, 2001 terrorist attacks, was designed with modern security features and that its contents were not compromised.

The contractor responsible for protecting the Oak Ridge facility, WSI Oak Ridge, announced Wednesday that the U.S. government’s only facility for handling, processing and storing weapons-grade uranium has been temporarily shut down after Rice and her fellow anti-nuclear activists infiltrated its security perimeter.

NNSA officials reported that the facility will remain closed at least until next week.

Rice and Walli were released from the Blount County Detention Facility Friday on their own recognizance under a set of conditions set by Federal Magistrate Judge G. Clifford Shirley. Boertje-Obed remains in custody at a jail in Maryville. A preliminary hearing for Rice, Walli and Boertje-Obed is set for Aug. 9.

A large turnout of anti-nuclear activists are expected to demonstrate and protest at Ashley Pond and Los Alamos National Laboratory beginning at noon Sunday and during Monday’s 67th anniversary of Hiroshima/Nagasaki.