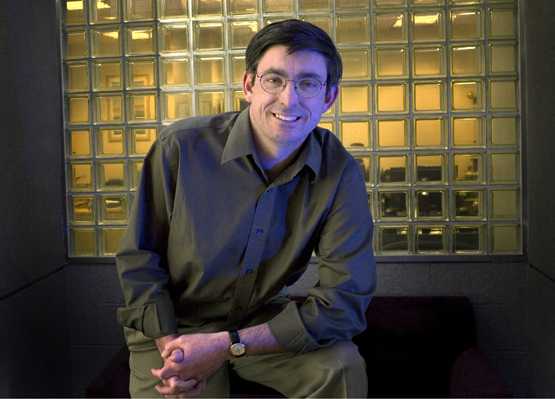 Los Alamos National Laboratory physicist John Sarrao is being honored by the U.S. Department of Energy with the 2013 Ernest O. Lawrence Award in Condensed Matter and Materials Sciences.

“John Sarrao’s exciting advances in actinide studies exemplify the quality of research performed at Los Alamos National Laboratory,” said LANL Director Charlie McMillan. “Actinides, including plutonium, are among the most complex elements and involved in the most complex compounds known to man. Their understanding is fundamental to the Los Alamos core weapons mission and a major challenge in the worldwide condensed-matter and materials communities. John’s contributions have fundamentally advanced our understanding in BOTH of these areas.”

The award consists of a gold medal bearing the likeness of E. O. Lawrence, a citation signed by Secretary of Energy Dr. Ernest Moniz, and an honorarium of $20,000.

The citation reads: “For the discovery and study of new materials, especially those based on plutonium, advancing understanding of unconventional magnetic and superconducting states in strongly correlated f-electron condensed matter systems.”

“I’m excited and humbled to receive the Lawrence Award. This is recognition of the work of many folks at Los Alamos as well as a broader set of colleagues and collaborators, and not just my own efforts,” Sarrao said.

Sarrao has been the associate director for Theory, Simulation, and Computation at Los Alamos since March of 2013. He leads the Laboratory’s efforts in applying science-based prediction to existing and emerging national security missions. Previously, Sarrao was the program director for the Laboratory’s Office of Science Programs and for the proposed MaRIE (Matter-Radiation Interactions in Extremes) facility designed to provide transformational materials solutions for national security challenges.

Sarrao received his Ph.D. in physics from the University of California, Los Angeles in 1993 for research performed at Los Alamos, and his primary research interest is in the synthesis and characterization of correlated electron systems, especially actinide materials. Sarrao was the 2004 winner of the Los Alamos Fellows Prize for Research, in part for his discovery of the first plutonium superconductor and he is a Fellow of the American Association for the Advancement of Science (AAAS), the American Physical Society (APS), and Los Alamos National Laboratory.

The E.O. Lawrence award was established in 1959. The Lawrence awards honor U.S. scientists and engineers at mid-career for exceptional contributions in research and development supporting the Department of Energy and its missions. The award is given for outstanding contributions of exceptionally creative or innovative character. Such achievements (i) must demonstrate significant innovation and discovery; (ii) must be identifiable as transformative; and (iii) must hold prominent scientific or technical leadership.

Awardees were chosen in a three-step process:

1) for each award category, a peer review panel assessed the qualifications and merit of all eligible nominees;

2) based on the assessment criteria, the Lawrence Award Program Manager performed an analysis of the peer review findings and made a recommendation, and