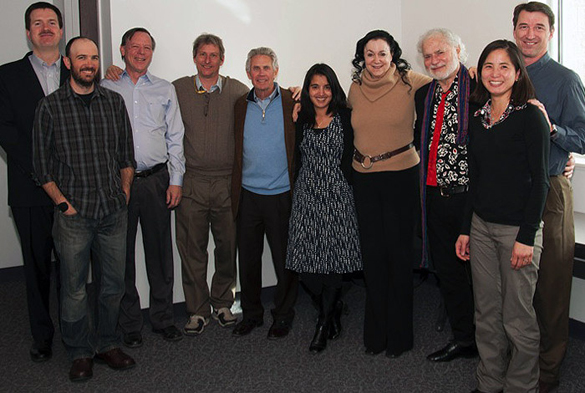 A new detection approach originally developed for tuberculosis diagnostics is being adapted as a tool for determining traumatic brain injury, one of the challenges facing the medical community as it works to treat military and sports figures with head injuries.

Minute chemical alterations in the body, called biomarkers, are the key.

“The goal of this project is to not only detect traumatic brain injuries, but eventually to guide treatment as well,” said lead researcher Harshini Mukundan of Los Alamos National Laboratory. “We hope that our project will greatly benefit the care and recovery of veterans and deployed troops,”

Traumatic brain injury (TBI) typically results from a blow to the head, and it afflicts a significant percentage of US troops deployed in Iraq and Afghanistan. As such, TBI has been named the “signature disease” of recent wars.  Players in sports such as football or soccer also frequently experience some level of brain injury and problems of the blows’ cumulative effects are gradually being more clearly understood. Currently, a variety of questionnaires, for example those that include short-term memory assessments (“What day is this? Where are we today?”) is largely used to diagnose TBIs, which can range from mild concussion to severe brain damage, and  according to health professionals a more quantitative diagnostic is highly desirable. (See more about brain trauma and current guidelines.)

A promising approach to solving the TBI diagnostic conundrum is to look for the unique biomarkers that are produced after a brain injury. In medicine, biomarkers are traceable substances that occur in an organism and provide indications about its function or health. Biomarkers can be challenging to detect, however, and the Samitaur-Los Alamos research team is tackling the task of characterizing the small, immediate changes that occur in a human body during mild to severe brain injury. The work requires characterizing brain biomarkers in both normal and injured patients.

The multi-disciplinary technical team at Los Alamos brings together expertise in mass spectrometry, optical waveguide biosensor detection, biomarker discovery and diagnostics, as well as data correlation methods to analyze cerebrospinal fluid from both normal and TBI patients. The team has experience in working with complex challenges such as this, and transitioning laboratory based development to real-world applications.

The project is being conducted in conjunction with Samitaur Medical Technologies (SMT), which recently signed a cooperative research and development agreement (CRADA) with the Laboratory for this purpose.

The research team consists of Samitaur Medical Technologies staff and Los Alamos scientists from Bioscience, Chemistry, and Theoretical divisions. Samitaur was founded by Frederick and Laurie Samitaur Smith. The company has a vision of working with the national laboratories to address needs in the medical community and its leaders recognized that LANL technologies such as the waveguide biosensor and associated measurement technologies might be applied to TBI.

Samitaur Medical Technologies’ chief medical officer, Dr. Donald Becker, has pioneered the establishment of Head Trauma Centers in the US and beyond. He is a former chief of Neurosurgery at University of California Los Angeles and an internationally recognized expert on traumatic brain injury.