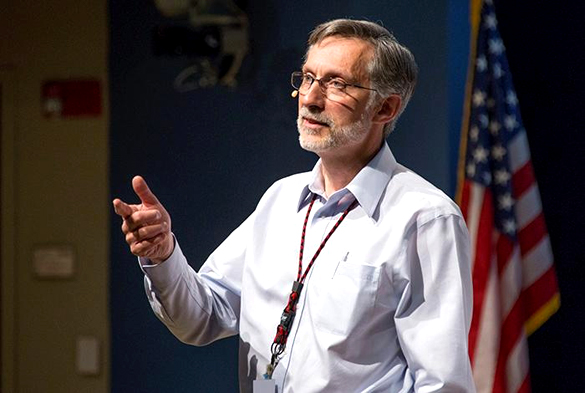 Los Alamos National Laboratory came up 2 percentage points short of qualifying for another one year contract extension, according to a lab communication obtained by the Los Alamos Daily Post.

The crucial Department of Energy and National Nuclear Security Administration FY 2015 Performance Evaluation Report, which has yet to be officially released, rated the laboratory 2 percentage points below the 51 percent required in the operations and infrastructure category, which was not enough to assure an additional year for the current management and operations contract with Los Alamos National Security, LLC. Reflecting the Lab’s role in the disruptive radiation release at the Waste Isolation Pilot Project, last year’s grade for operations and infrastructure was 0 percent.

Concerning the loss of the contract, McMillan pointed to shortcomings in the category of operations and infrastructure that included safety, management systems, project management for capital projects.and in cybersecurity

The FY 2015 Performance Evaluation Report with more details on the award fee and rationale for the assessments is expected to be released.

The full communication from LANL:
January 11, 2016

Laboratory Director Charlie McMillan reiterated that the Laboratory has a bright future ahead despite receiving an annual Performance Assessment from the National Nuclear Security Administration (NNSA) that did not grant an additional year of contract award term to Los Alamos National Security, LLC (LANS), the corporate entity that operates the Laboratory on behalf of the federal government.

Despite making remarkable progress in many operational areas, the Laboratory unfortunately fell short in the areas of safety, certifying the Earned Value Management System (EVMS), project management in RLWTF-LLW and the TA-55 Reinvestment Project Phase II, and in cybersecurity, McMillan said.

The Performance Evaluation covered five areas, and the Laboratory received the following score in each:

To qualify for an additional year of award term, the Laboratory had to receive at least a “Good” rating (51 percent or higher) in all five categories.

McMillan presented two scenarios for the contract award timeline, with the first estimating a new contract beginning in October 2017. The second scenario pushes that estimate back a year, to October 2018.

While the timeline for a new contract competition has changed, the mission of the Laboratory does not, he said. Los Alamos has a vibrant future far into the foreseeable future, particularly given the current global security climate.

“Our work remains essential to the safety and security of this nation. It’s important that we keep our eye on the ball,” McMillan said, adding, “the enduring mission of the Lab remains the same. They aren’t tied to the contract; they’re tied to the Lab.”

The Director noted that Los Alamos’s budget for the current fiscal year is strong—growing by nearly $300 million—and that the employee pension plan and the 401(k) plan are in good shape. He pledged that he and the Laboratory leadership team will continue to strive to make the Laboratory a great place to work now and into the future. McMillan also strongly pledged that he would share information regarding the contract competition as soon as it becomes available so employees could have the latest facts in hand.